Earlier this month, a speech I helped draft was delivered by Geraldine Govender at a long overdue ceremony to designate Moose Factory Ontario as a National Historic Site.

Canadians immersed in our country’s southern geography might scratch their heads trying to find Moose Factory on a map. Many might wonder what could possibly be nationally historic about it, or why Geraldine Govender and I might think it worth making a speech about.

Yet Moose Factory, where I was born and where Geraldine is my co-chair on the Heritage Committee of the Moose River Heritage and Hospitality Association and Director of Cree Culture and Language for Moose Cree First Nation, is a deeply significant place in Canadian history.

It represents what Richard White, a prominent American historian of Indigenous-European interaction, has called a “middle ground” between the two groups. In the early 1990s, White published an influential book in which he revealed archival research findings that had surprised him and profoundly changed his thinking about “Indians, Empires, and Republics in the Great Lakes Region, 1650-1815.”

That was his subtitle. The surprising finding and thesis was captured in a simple title: The Middle Ground.

The simple idea now seems obvious but wasn’t always so: In the first century and a half of Indigenous-European relations in the Great Lakes region, Indigenous and Europeans alike were unable to impose their ways on each other. Instead they met on, and co-created, the “middle ground.” After 1815, this middle ground began to fall apart, such that by the late 20th century, the imbalance of power and influence between Indigenous and European peoples seemed so striking that it was hard to imagine it ever having been otherwise.

In Canada, many southern Canadians might be surprised to learn, Indigenous peoples are still a majority, or a significant minority, on the majority of Canadian territory, i.e., outside the relatively narrow southern corridor where most Euro-Canadian or non-Indigenous Canadians live.

Here, middle grounds have been more the norm, even if they were sometimes weakened during the height of Canada’s nation-empire building westward and northward, in the first century of Confederation. Such weakening, moreover, has been short-lived, as captured in the title of John Ralston Saul’s 2015 book, The Comeback: How Aboriginals Are Reclaiming Power And Influence.

I have spent the last two decades cultivating opportunities – as a volunteer, professional and scholar – to see and transform “Indigenous-European” or “Indigenous-Settler” relations from different positions, often apparently contradictory ones.

One of the longest-standing Indigenous-European “middle grounds” in Canada is situated in the deep south of the Arctic Ocean, at the bottom of James Bay, where the Hudson’s Bay Company established its second oldest fur trade post in 1673. By the time of its tercentenary celebration, Moose Factory was a predominantly Cree community where very few residents could be found who did not have at least one ancestor – however distant – of Orcadian, Scottish, French, English or Norwegian ancestry. Older Orkney fiddling tunes, many of them now lost in Orkney, had become traditional Cree fiddling tunes. 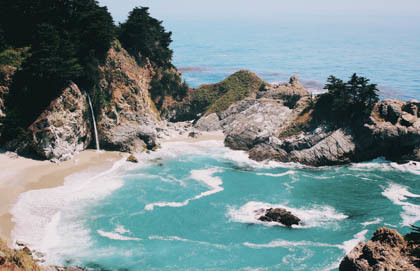 In all three jurisdictions, one finds not only Omushkego (Muskeg-dwelling) Cree from the Moose River, who speak the L-dialect – Illilowak (“the people”), but also N-dialect Omushkego Cree or Ininowak, and Iyiyuuch: Y-dialect Cree whose traditional territory is centred on the eastern side of James Bay in what is now Quebec.

The Cree spoken by the Ontario-based Omushkego groups is very similar; the Cree spoken by the Iyiyuuch is more distinct. The Ontario-Quebec border was drawn down the middle of the bay, creating a somewhat arbitrary line between the “Ontario” and the “Quebec” Cree that does not accurately reflect either the territorial boundaries or the relationships of shared use. They were also signatories to different treaties: Treaty Number Nine, in Ontario (1905), and the James Bay Northern Quebec Agreement (1975).

Moose Factory, where I was born to English Loyalist and French Canadian parents, is also where I spent the formative years of my life. It was my home in a world that had been Cree since time beyond memory, but also cosmopolitan in its own way, a world that I was immersed in from the moment I stepped outdoors. It remains an important reference point as I continue to grapple at a personal – and now professional and scholarly level – with challenging questions that transcend the James Bay context and extend to Canada and beyond.

I have spent the last two decades cultivating opportunities – as a volunteer, professional and scholar – to see and transform “Indigenous-European” or “Indigenous-Settler” relations from different positions, often apparently contradictory ones. I have also sought to get beyond simplistic conflict paradigms that have proven equally problematic in the forms they appear in Moose Factory: “original versus non-original band members,” “Ontario versus Quebec Cree” etc.

Geraldine once suggested that Moose Cree First Nation hold a formal welcoming ceremony for those who made the island their home. My hope is that such welcoming ceremonies or their equivalent, may see the light of day not only in Moose Factory, but also across the country.

To get to the point where any of these ceremonies is conceivable, we need to replace our rigid political and legal frameworks, and not with equally rigid ones that may prove no less problematic. Rather we need frameworks that allow us to protect the real rights and responsibilities that flow from evolving relationships.

Speaking on behalf of both us at the unveiling of the historic plaque, Geraldine emphasized this need for a reciprocal approach to relationships:

“Many of us here have a rich and diverse lineage, with connections across the continent and the ocean. The history of these relationships is not without its problems.  For some, these buildings represent colonialism, but that is only part of the story, and not necessarily the most important part.

“For a long time — for most of the three and a half centuries since Moose Factory was founded in 1673, newcomers depended more on the Cree than the other way around. Orkney islanders, who were the largest group to come here between 1700 and 1900, came often because they faced more colonialism in their own lands than we have ever seen here.  They came and married into our communities, bringing their fiddling traditions, stories, etc.

“Our former chief, Munroe Linklater, once said that we have to make sure we do not “fish-bowl” our own people. These buildings speak to historical and contemporary relationships — central to Moose Factory and its place within Cree, Canadian and global history — that cannot be understood in a fishbowl. They also remind us that relationship, reciprocity and hospitality are fundamental values in Cree society. We cannot take these values for granted because they do not come automatically just because we are Cree or whoever.  The same goes for other people, including other Canadians who share similar ideals.”

Pointing out that the motto of the Moose River Heritage and Hospitality Association is “Building a Future with our Past,” Geraldine noted that Canada is recognizing Moose Factory’s Hudson’s Bay building during the country’s 150th birthday celebrations precisely because governments, organizations and ordinary citizens are responding to the Truth and Reconciliation Commission’s call for finding new ground on which to re-build reciprocal relationships.

Ultimately, we also need to look beyond the imperialistic conflict paradigms that too often to impose themselves across time and space, often hiding the equally, and sometimes more important, middle grounds created within and between Native and Newcomer groups.

Christianity and the Natives of Turtle Island

When an indigenous girl refused chemotherapy, then died, it sparked a debate over the differences between traditional and Western medicine. But, according to Brad Melle, there are few differences between the two cultures when it comes to matters of faith. And one significant source of accord: Jesus