At 11 a.m. today, Canadians everywhere will fall silent in our deepest gesture of national remembrance. We will call to memory those who themselves were called to defend us from war and protect us for freedom and peace.

In honouring those who fought and died in military service, we are reminded of the ultimate power of memory itself not only to keep us connected to sacrifices of the past, but also to help us shape the opportunities of the future.

Such moments are essential to the very idea of nationhood. They are the opening to put aside differences without disregarding diversity because all of us are joined by the common act of remembering.

Increasingly, though, we are also being reminded that the first foe of memory isn’t forgetting. It’s exclusion from the full circle of remembrance. When voices of the excluded are raised to insist on being admitted to that circle, it can sometimes make us uncomfortable. They are perceived as asking that the memories we hold be pushed aside in favor of those belonging to others.

Speakers at a recent conference sponsored by the Canadian Race Relations Foundation eloquently made the case that the exact opposite is true. When we open ourselves to parts of our history that have been submerged, we become more active participants in our history and our destiny as a country. Or as former federal Justice Minister, long time Member of Parliament, and McGill University law professor Irwin Cotler told the CRRF Conference, we cease being silent bystanders and join in the service of what is right and good in society.

As Professor Cotler pointed out, the evils of Nazi Germany did not begin with the passage of laws permitting discrimination and exclusion in the 1930s. They began years earlier with words that should have been warning signs of what was about to come. Thus the cycle began, as it so often does in human history.

“Never Again has become Again and Again,” Cotler told the 300 conference attendees in his keynote speech. “The dangers of forgetting and the importance of remembering are imperative.”

Cotler drew attention to a central theme of the two-day late October event, which was the way the historic ignoring, mistreating, abusing and, ultimately attempted extinguishing of Indigenous peoples in Canada has only very recently been jolted onto our memory screens. That history, he said, cannot be our future.

If we are to truly remember, we must do more than just avoid forgetting. We must vow to include that which we have too often excluded.
Related Stories 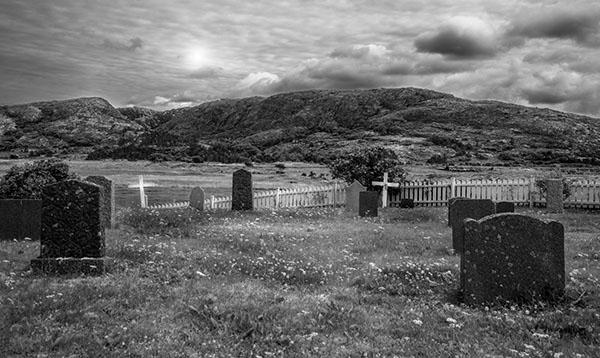 Questions Unasked About Indigenous Deaths
Is Reconciliation Being Railroaded?
Renewing On Middle Ground

“Canada’s legacy will be measured by our opportunity to ensure Indigenous rights as we move forward,” he said.

His point was underscored during a panel discussion on Indigenous rights when Max FineDay, a member of the Sweet Grass First Nation and Co-Executive Director of the Canadian Roots Exchange, challenged all Canadians to accept the reality of what was done to Indigenous peoples.

“Canadians have a problem with the term genocide but it is crucial that the Indigenous past of this country be recognized as a cultural genocide,” FineDay said.

Only when that happens, he said, can the future be open equally to Indigenous and non-Indigenous citizens alike.

Chief Robert Joseph, of the National Assembly of First Nations Elders’ Council and an honorary witness to the Truth and Reconciliation Commission, stressed that dialogue about the past must include focusing on knowing what we don’t know, or in some cases do not want to know.

“Deep and honest discussions are the only way forward. The road to reconciliation will be long and difficult (but) the wisdom that Indigenous peoples have accumulated over centuries needs to be listened to and shared,” Chief Joseph said.

Such listening and sharing was surely what Calgary Mayor Naheed Nenshi had in mind when he joined the conference by Skype to talk about his “Dream for Canada” service challenge.

Nenshi has encouraged Calgarians to perform at least three acts of service every day throughout 2017 as Canada marks its 150th birthday.

As speaker after speaker reminded the CRRF Conference, that change must involve remembering the bleaker times in Canadian life when racism and bigotry go unchallenged or, worse even, sanctioned. The purpose of such memory is not to wallow in guilt or denigrate the positive achievements of our country. It’s to do all we can to recall that, in Irwin Cotler’s phrase, Never Again must never again become Again and Again.

Today is a day when we all remember the incredibly brave men and women who served Canada by leaving its peaceful shores and going to parts of the world where the lesson of Never Again needed to be renewed. As the CRRF event reminded us, such renewal cannot be neglected here at home, either.

If we are to truly remember, we must do more than just avoid forgetting. We must vow to include that which we have too often excluded.

Reflecting on a ceremony he contributed to in Moose Factory, Ontario this summer, Cecil Chabot sees a model for recovering right relations between Indigenous and “Newcomer” Canadians.