Twenty-seven years ago, I would not have been able to pick Jacob Hamstra out of a crowd. It was only because the romantic flutter in my heart began to notice his youngest daughter, Kathy, that he and I became acquainted. Though our earliest moments were polite and congenial, it was clear to me that his daughter was the apple of his eye—and that treating her as she deserved was the prerequisite for getting along with her father. Twenty-seven years later, I still love Kathy with all of my heart. Dad and I have also gotten along swell.

Jacob Hamstra died yesterday morning.  He was in his ninetieth year, with all but the past year enjoyed in good health.

Kathy was well into her twenties when we began dating. She was a "daddy's girl," but as I came to learn in later years, every one of her siblings had a special relationship with their dad.  He did not treat them all the same but rather loved and dealt with each in the particular way their own personalities prescribed. Over the years, I realized how keenly Dad understood each of his five children, their spouses, their 10 grandkids, and 20-some-odd great-grandchildren. Among his endearing qualities was the sense that he understood your unique circumstances, and was ready to listen.

Undoubtedly these listening skills were enhanced through his professional career.  When I got to know him, he was selling agricultural pharmaceuticals, visiting the major hatcheries throughout Ontario, most weeks being on the road for two or three nights at a time.  You had to dig to get details on his work. His stories were more about the beauty of the countryside he and Mom (who mostly traveled with him in those days) enjoyed, the interesting encounter they had with a stranger at this restaurant, or the experience of walking along that boardwalk in some remote Ontario village, or the peculiar personality of some hatchery manager with whom he had been dealing for years. I am sure Dad had frustrations and challenges, but he rarely shared them. He talked about the blessings of life and the privilege of the comfortable middle-class suburban lifestyle he was able to enjoy.

Dad's appreciation of material blessing and prosperity undoubtedly came from knowing this was not shared by everyone, and it certainly was not his for much of his own life.  Born just prior to the Great Depression, his youth was spent in Friesland as the oldest son of a shopkeeper. The importance of hard work, serving the customer, and living with faithful integrity were lessons clearly learned early.  The Second World War saw him sent to Germany to work on a farm there, although he always told the stories with a thankfulness for how well he was treated, recognizing that his war experience was much more pleasant than that of many of his peers. 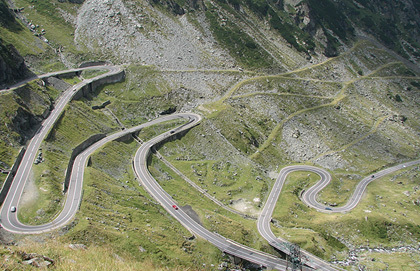 Once Again A Christian
Why Become A Monk?
Experiencing Every Square Inch of God's Theater

His cross-denominational marriage was an expression both of his enduring love for Mom—something which no one who has known them through their 67 years of marriage would doubt—but also of a certain independence of mind that was not always ready to conform to social expectations. Dad was no renegade, and for the most part reflected the pietistic orthodox Reformed context in which he lived—both in Friesland and after immigration to Canada—but he always retained an openness and broad perspective on where this community fit within the larger culture. He wasn't one to rock the boat, but neither could he be counted on to step into line just because he was expected to. His spirit led to an authenticity of exchange and an intense genuineness.

After the war, Dad and Mom immigrated to Canada with a ten-week-old son. The early years were ones of financial hardship offset by hard work and sacrifice. I only know the stories as they were told retrospectively but if there was a theme that united them, it would be "the privilege of duty."  Living with a deep sense of duty to God, family, employer, and country sounds like a weary story, but it was never told that way. There was no masking over the tough times nor whitewashing the mistakes made. But Dad's reflections on those years were always infused with a sense of blessing and privilege. God had been good to him and the joy of living a life of service was heartfelt.

In my 27 years of knowing Jacob, we often talked about church life, sermons, and doctrine (after, of course, family and the news). There were few occasions in which he truly opened up to me about his intimate walk with the Lord. But in another sense, he did so every day. He talked about loving God and living according to His word in the same way he talked about eating breakfast in the morning. The ordinariness of his faith is what will always stand out. It was how he lived: his disciplines (very diligent life of prayer and bible reading; regular attendance at church and church-related functions; willingness to take on leadership when nominated; everyday honesty and integrity) were outward expressions of his desire to live a godly life. These were the expressions of his faith, as much as any words.

It became clear four months ago that Dad's days on earth were nearing an end.  Yet, even on his deathbed, his graceful acceptance of the fact that time was short is also a witness of God's grace and a life lived to God's glory.  On the day he received word that he likely had only a few weeks left to live and was unlikely to leave the palliative care wing of the hospital, he told my son on the phone, "Chris, the nurses here like me so much they aren't going to let me go home anymore."  His characteristic humour softened the news none of us were ready to accept.

In one of my last meaningful conversations with him a few weeks ago, he told me how much he loved Jesus but noted that really it was very little compared to how much Jesus loved him.

Dad faced his end in realism and in hope. "The Bible says we have 70 or 80 years and God has given me 90 years.  This is what happens when you are 90. You have to die," he said. "I don't look forward to the suffering but I do look forward to going home to be with my Saviour." A godly confession of faith in a couple of sentences. An honest assessment of reality, an acceptance of God's providential dealing in the circumstances of life, and a confident expression of hope for the future—Dad died as he lived.

Jacob's glory comes neither from his deeds nor from my words. He would be embarrassed by much of what I have just written. I have not spent much time on his shortcomings, but maybe that is just the point.

Dad was able, by God's grace, to live a faithful life of service that made the gospel plausible. Were I to meet his customers, neighbours, and casual acquaintances, I am very confident they would tell me about a very pleasant man who dealt with them honestly, who was a man of faith and was not shy about it. Whatever they did with the witness Dad provided, they were given a living testimony through his life that God's grace is real and that life can, in the midst of all of the brokenness, be lived to God's glory.

Why Become A Monk?

In a radical move, David Brynjolfson finds himself living in monastic life for a year.

Last week's Comment interview reminded me of why I prefer John Calvin's metaphor of the world as the theater of God's glory over other metaphors that are often utilized when discussing Christian cultural engagement Still Calvin's choice of this metaphor is helpful in thinking through what it means t...