University arts students of the 1970s all saw Marxism dominating the world of academic respectability among ambitious young scholars – the Herd of Independent Thinkers – despite Communism’s repeated seven-and eight-figure slaughters (such as Stalin’s four to seven million Holodomor dead, Mao’s 30 to 50 million Great Leap Forward dead, and Pol Pot’s more modest two million Killing Fields dead). But the bloom started coming off the Marxist rose in 1968, when Soviet tanks crushed the short-lived Czech democracy. The glorious Prague Spring had enjoyed rock festivals in the city squares, and the Young Left here could not abide anyone censoring their music.

Post-1968, classic Marxism was now no longer chic for utopian socialists, so they needed a new ideological warrant. Again, a fallback was already prepared by Herbert Marcuse in his 1955 Eros and Civilization. Once a pariah among real revolutionaries, Marcuse’s Neo-Marxism became a hit, post-Woodstock, by grounding utopian economic socialism in sexual liberation. Since technology has solved "all questions of material existence, moral commands and prohibitions are no longer relevant." Liberated from necessity, human beings can now explore the vast and sundry options of experimental intercourse. Etiquette was apparently thought unnecessary in negotiating the experiments, hence the date-rape alarm now prevalent on campuses.

Marcuse was followed by a flood of contending critical philosophers, particularly Jacques Derrida and Michel Foucault. Jean Francois Lyotard’s Postmodern Condition (1978) was in fact commissioned by the Conseil des universités du Québec, to address the question, What Next?  (Ponder that conceit!) They disagreed how the future would look, but all agreed that the destruction or “deconstruction” of all existing norms and social order would spontaneously bring something infinitely better. In this assumption, post-war intellectuals were astonishingly oblivious to the immense effort, self-sacrifice and cooperation that had been needed, generation after generation over the previous three millennia, to give them their warm university offices, soft academic chairs, and freedom to complain about their oppression. They were strangers to any gratitude for life.

Neo-Marxists had a revolutionary aggression toward “reactionary” perspectives and real evidence, so they employed all the weapons of academic warfare: journal censorship, career-blocking, reputation-smearing and open mockery. By the 1980s, they had a lock on education faculties across the land. Testing experts who warned that the new Pedagogy was creating a disaster in math, critical reasoning and language skills, now fell silent, fearing for their jobs.

With internal dissent suppressed, the vanguard agitated against testing as such, protesting that it was artificial and oppressive. Education’s new mandarins announced, against all evidence (and ignored by our democratic representatives) that the new “discovery” methods achieved the traditional purpose of education better than the old “instructional” methods. But in reality, they were upending the purpose of education: not personal competence and social responsibility, but personal preoccupation and boundless self-expression. It was not science. It was ideology: politics masquerading as science.

Likewise, three millennia of poetry, drama and pop music – from the Iliad to the Everly Brothers – testify that our sexuality is our least disciplined and potentially most destructive passion. Yet Postmodern Gender-Marxists insist everyone will find happiness by stoking this blistering flame. 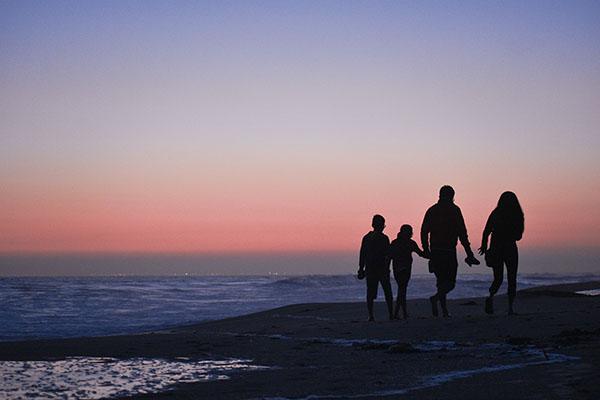 There are always some who try to live like this – dozens of dead young rock stars in the Sixties – but in 2,500 years of human reflection, no one, not even the Epicureans, ever seriously proposed such an adolescent, self-destructive theory of happiness as our cultural norm and Common Good — not until Marcuse, Foucault, Derrida. They all sang along with John Lennon: “Imagine there’s no countries…   Imagine there’s no purpose… Imagine we can get whatever we want, just by imagining.”

Into the new millennium, the growing obsession of the new pedagogues with sexual liberation – the War on Innocence – has been disastrous for our kids’ intellectual achievement. Psychologists once defended, but now ignore, Freud’s discovery of the “sexual latency period.”  This is important. From late-toddlerhood to early adolescence, a child’s brain becomes a veritable sponge, soaking up reading, writing, arithmetic, music, history, science and poetry in colossal amounts — provided they’re undisturbed by precocious sexual stimulation. The enormous cultural achievements of China, Persia and the West arose from family solidarity in preserving childhood chastity. Today, single-sex classrooms still prove the academic benefits of keeping kids innocent for as long as possible. And, for troubled kids, scholarly achievement has always been their one real hope for outgrowing their emotional issues – intellectual growth being real liberation. But now, deliberate, the institutional sexualization of pre-pubescent kids magnifies all the fixations of liberation and self-esteem – at the expense of their thinking.

The institutional sexualization of pre-pubescent kids magnifies all the fixations of liberation and self-esteem – at the expense of their thinking.

To repeat, the education revolution was not a normal tug-of-war between Left and Right within a democratic constitutional order. Neither has it been a conspiracy. It is a New Faith, proselytizing a new anthropology and vision of Nirvana. The superstition of the Noble Savage and Child of Nature was encapsulated in a policies of childhood sexual liberation.

The policy has required that otherwise busy parents be locked out of the schools, lest they stumble on what really happens in the toilet stalls and shower rooms. But it has never been a conspiracy. School administrators publicly insist on the necessity of blanket inoculation of HPV vaccines. Socialist premiers and education ministers “from sea to shining sea” publicly demand that parents be locked out of the “guidance counselling” of their own kids, so the teachers can foster sexual exploration among immature adolescents. Educators have openly preached what they believe. Perhaps parents failed to notice – or failed to take them seriously.

Now, however, families are voting with their feet. The counter-revolution began quietly in the 1980s with commercial tutoring services and cultural home-schooling. By the 1990s, parents were deliberately choosing language immersion schools for their tighter discipline, and charter schools were reinstating the Pedagogy of Virtue under the guise of specialty education. By the 2000s, savvy school trustees had instituted Edmonton’s Cogito schools and Calgary’s Traditional Learning Centres – highly popular with immigrant families, accustomed to schools back home with fewer computers but better teaching.

Whenever discerning parents can jump the Wall, they do, so charter schools have enormous waiting lists. Calgary’s Foundations for the Future Charter Academy, with 3,500 desks, has a 13,000-name waiting list. The American “Western Civ” charter schools are exploding with franchises like the Chesterton Academies, Great Hearts, Basis, Nashville Dominican and Barney Schools, and the sparks are reaching Canada. Yet the Empire’s response is:  Build the Wall Higher. Post-Modern “imagining” can’t survive a collision with “capital-R” Reality. Maybe only 10 per cent of kids will ever find a spot in a charter or independent “Western Civ” school, but the results will publicly embarrass the liberationist mythology.

The educational establishment absored a spectacularly flawed theory of human happiness, then usurped the authority to experiment on other people’s children. Whatever the history of minority groups, the problem of the last two generations was never the bullying of ethnic, indigenous, gay or transgendered students.

If bullying were the issue, bureaucrats would worry much more about the bullying of obese students – though obesity isn’t sexy. If student suffering were the issue, they’d be in a panic about cell-phone addiction and middle-school Facebook bullying. But public educators refuse to acknowledge the responsibility of their liberation ideology in our epidemic anxiety disorders and depression. Like addicts to anything, they believe that “more of the same” will cure their disease or discontent.

The flight of families from the public system proves that it no longer meets education’s natural purpose: preparing children for competent, responsible adulthood.

The real issue in the Pedagogy of Liberation is the theory of happiness as self-discovery, self-expression, self-esteem, self-satisfaction – self, self, self. This “liberation” is self-ism: historical ignorance, cultural ingratitude and public entitlement. Its results are loneliness, aimlessness and despair. The flight of families from the public system proves that it no longer meets education’s natural purpose: preparing children for competent, responsible adulthood. The system must either return to a Pedagogy of Community, or watch its healthiest families flee to alternative schools, or become increasingly authoritarian in imposing its will on those families.