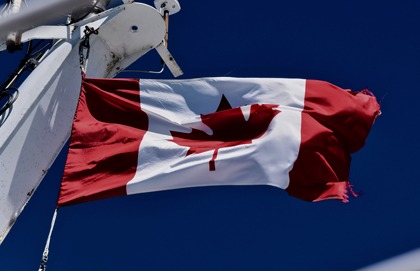 It’s been a rough fortnight for the federal government. First, global ridicule was rained down upon the prime minister for his affectionate tribute to Fidel Castro. Then the hapless “democratic reform” minister, Maryam Monsef, rose in the House of Commons to castigate the electoral reform committee for not doing its job because it did not recommend what the government wanted it to recommend. A hasty apology followed.

Days later, it was announced that 15 million postcards were going out to Canadian households encouraging us to go online and complete a survey on electoral reform at MyDemocracy.ca. More ridicule ensued as it was soon discovered that the website doesn’t ask Canadians about alternative voting systems, and doesn’t ask them whether they want a referendum on changing the current system. It enquires about general values, along the lines of: Should MPs follow their conscience or their party position or the consensus of their constituents? Edmund Burke, time to get online.  After dutifully completing their responses, Canadians will be told whether they are “co-operators,” “guardians,” “challengers,” “innovators” or “pragmatists.” The whole process was characterized by Tory MP Scott Reid as akin to a “dating website designed by Fidel Castro”. Clever, though I am not sure what that means, given that Fidel was more old school in his commandeering of paramours, having his henchmen fetch whatever he found, well, fetching.

I find it hard to feign interest in electoral reform. Governments propose solutions to what they consider problems. The Grits, having had a longer run in office last century than the Soviet communist party, are unlikely see Canada’s voting system as problematic. Its only deficiency is that occasionally Conservatives are allowed to win. For some reason, this was particularly galling under Stephen Harper, so Liberals liked the idea of changing the voting system to make sure that that did not happen again. Thus, the only solution the federal government is going to accept is one that solves, at least to some extent, that narrow problem.

Proportional representation, beloved of Italy, Israel and Andrew Coyne, is the desire of the NDP and the Greens, who would get more seats under that system – especially the Greens, who limp along with a solitary MP in the Commons now. It would give them a reasonable chance to hold the balance of power, as PR would rarely produce a majority government. But PR would mean less seats for the Grits and Tories, so that is dead in the water.

The Liberals want a single transferable vote or ranked ballot. That means a voter ranks his choices. So in the riding of, say, Fraser Valley Gridlock, the Conservative candidate gets 38%, the Liberal 35%, the NDP 20%, and the Greens 7%. The low candidate is eliminated and that Green 7% is distributed to the other candidates according to the second rank of preferences. We now have the Liberals at 39%, the Conservatives at 38%, and the NDP at 23%. The NDP is thus eliminated and the votes distributed according to the next preferences of NDP voters, and the final result is the Liberals win the seat over the Conservatives 54% to 46%. 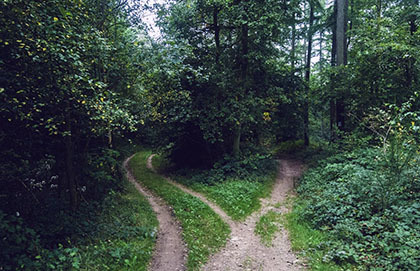 The supposed advantage of ranked ballots is that the eventual winner would have appeared on the ballots of a majority of the voters. The Liberals are keen on the system because, as the second choice of many Conservative voters and NDP voters, it is likely to boost their seat total considerably. The ranked ballot would likely have not produced any Harper victories.

Monsef trashed the Commons committee because it did not recommend a ranked ballot, which the government wanted, and did recommend a referendum on changing the voting system, which the government opposes. Given that the Liberals and Conservatives would block PR, and that all but the Liberals would block a ranked ballot, it seems as if the dating website is just the thing needed to send the whole affair off to the convenient burial ground of non-conclusive consultations. Electoral reform appears to be dead.

Which is fine with me, as I am not keen on altering the Westminster parliamentary system which has served Canada well. I am though in favour of a radical reform, which is the only reform worth discussing, as it is the only reform both essential and possible. We need to put an end to stifling party discipline for existing MPs, elected in the existing manner.

In Canada, if an MP votes contrary to his leader or party, it is considered a major crisis. MPs vote in lockstep, thereby ceding almost total control over parliament to the party leaders. And should the party leaders agree on a common course of action, alternative views may not even be heard in the House of Commons. Any electoral reform that does not change this would achieve next to nothing in advancing actual democratic representation and debate.

The current system would not require any changes to free up MPs; it is already designed to do just that. It would only require some modest changes to the standing orders of the House, which are not even statutory. The British Parliament already operates this way, and has for centuries. On a few key votes – budget items, confidence measures – party discipline (“three-line whip”) operates, but otherwise it doesn’t and MPs need to be persuaded rather than dictated to.

A rather simple reform would be to declare that no vote – aside from the budget – would be considered a confidence vote. If the government lost a vote, then a separate confidence vote would follow. Government MPs would then be free to vote against a particular bill without bringing the entire government down. Variations are possible, but the general point is easy to implement.