Six years ago, I peered over my mother’s shoulder to read the laptop screen in front of us. The thought occurred to me that this was another one of Mum’s crazy ideas. Yet as I read the screen and listened to the excitement in my mother’s voice, something drew me in. My mother, Susan, was going to hike the Camino Francés. It was a dream she had harboured for decades. For me, as a 24-year-old, it spoke to my great wanderlust, and in that moment I knew that I, too, would hike the Camino. It would be an arduous 775-kilometre trek across the north of Spain with nothing but a backpack and the will to complete the journey. 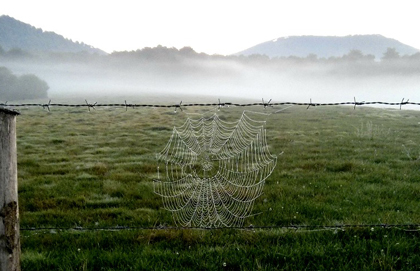 Reflections from the Camino: Part I
Steadfast Love
The Camino Diaries

Hikers, or peregrinos as they’re known, come to the trail from all over the world, drawn by its promise of transformation and rebirth. It is a trail that has been marked for centuries with departure points from many cities in Europe, all leading to Santiago de Compostela, at the northwestern edge of Spain. Over the millennia, kings, peasants, and thieves found their way to the famed coastal city to worship at the site of the relics of Saint James, one of Christ’s 12 disciples.

They say the Camino calls you. At 50, my mother was at a crossroads in life: questioning a career change and searching for meaning to a life that had been full but missing that je ne sais quoi. For both mother and daughter, the promise of adventure and the challenge to be independent was irresistible. No matter the reason why, each hiker heeds the call for their own reasons. My mother began the hike in June 2014, and I followed in September. For each of us, it would be a month-long journey of physical challenges, discovery, and introspection.

I’m sitting on a bench facing the back of the Santa Maria Cathedral. It may be one of the most beautiful sights I have ever beheld. Tears inexplicably roll down my cheeks as I gaze upon this Gothic masterpiece built centuries ago. The afternoon sun is beating down on me and I am reveling in this moment of deep gratitude and wonder. I am imagining the many pilgrims who have come before me and felt this same warmth in their hearts. Mum hated the walk into Burgos. She told me to just skip it and take a bus. I thought about it, but I woke up this morning and my feet longed to walk. There is something so wonderful about knowing that my mother walked these roads and saw these sights before me. When you’re here, everyone asks you why you chose to walk the Camino. Mum is always part of my story. I feel comforted knowing that perhaps I am walking in her very steps.

Just a few days ago I sent Mum a note asking her when my muscles would adjust, when I would stop feeling these aches. She said: “Think of your pain as the release of old ways and habits that no longer serve you. Think of it as growth.” Everyone here says it takes about two weeks for your body to get used to the strain of the kilometres. I had been disappointed in myself, I had felt weak for having to walk so slowly. I know now that every body is different; it was silly to try and compare myself to others. I feel ready and excited for the rest of this journey. I have no doubt in my mind that I will reach my destination.

Read the rest of Julia’s thoughts about the Camino with additional diary entries, including several by her mother, Sue, in the February/March 2015 issue of Convivium.

Reflections from the Camino: Part I

What does it mean to be a pilgrim and pedestrian in our modern world? By doing nothing but placing one foot in front of the other, we are stripped down to our most basic sense of being, reconnected to a simplicity of times gone by ...

Amid the tempest of arranging her family’s move to England, Krista Ewert found shelter from the storm in the words of Psalms reminding her that God’s wondrous love never falters.

In fall 2014, Convivium's community and partnership coordinator, Julia Nethersole, walked Spain's 775 kilometre Camino Francés (The French Way). She followed in the footsteps of her mother, Susan, who had started the trek in June. Though mother and daughter travelled separately, their diaries detail the powerful spiritual union of pilgrimage