So, please, let's make 2014 the year that Liberals—large L and small—stop answering the question "what do you stand for?" with a laundry list of legislative achievements from decades past. Forget medicare, forget the Charter, forget the flag and the anthem and Kyoto, Kelowna and childcare. This year, replace history with ideology—and let Liberals be liberals again.
-Adam Goldenberg, Former Liberal Speechwriter
Senior Fellow, Yale School of Law

Is the Canadian political center a coherent ideological home rather a place within which skilled leaders manage diverse coalitions?

A few months back, I mused how Canadian politicos were muddling towards the middle, competing for the support of middle-class voters. Homo consumericus, Homo aspiratus, and Homo dependicus may share a suburban postal code and be indistinguishable on the socio-economic data charts, but attracting their political sympathies requires a more nuanced anthropology.

A former speechwriter to Liberal leader Michael Ignatieff, Adam Goldenberg, recently lauded Conservative cabinet Jason Kenney as someone who would "rather lead the Conservative movement than the Conservative Party." He lamented that Liberals have engaged the past few decades maintaining "a steadfast ideological commitment not to maintain steadfast ideological commitments," suggesting a renewed commitment to freedom, fairness, equality, and sustainability as the touchstones for the appeal of Canadian liberalism. 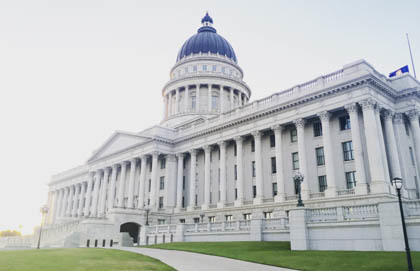 Travelling Toward Liberalism
Is Canadian Politics Becoming an Extreme Sport?
The Vanishing Point of Political Principles

These four touchstones are noble sentiments and I can't fault Goldenberg for not unpacking them within the constraints of a single column. Still, without that unpacking, they are vanilla words that lack substance. At last year's convention, the NDP replaced the reference to socialism in their constitution a commitment for government "in helping to create the conditions of sustainable prosperity" while the Conservative Party's policy declaration references all four of these touchstones as well. If we use the term "liberal" as it has been classically understood, most would suggest that is the most accurate descriptor of the governing philosophy of the Harper government.

Ideology talk gets at the "why" questions rather than regular "who, how, and what" questions that dominate political coverage. It has a limited audience and requires an unpacking and careful definitions within a specific context. Liberalism as an ideology has been the subject of discussion for centuries (see Cardus's five-part treatment of liberalism here).

But we should not let the common vocabulary mask the substantial disagreement that conflicts the Canadian polity. Some may nostalgically yearn for a revival of a pan-Canadian consensus in which some consensus interpretation of liberalism may be equated with "Canadian values" but I suspect this no longer reflects the diversity that is Canada. To overcome this substantial ideological and worldview diversity, liberalism is redefined to a liberalism that can only accommodate similarity rather than difference. A diversity in external identity markers (be it gender, sexuality, economic status, ethnicity, etc.) are celebrated but fundamental worldview difference is eschewed. Any public gathering (be it a government or association) is considered respectable when the checklist of participating groups is filled out and every "type" is accounted for. But woe to the person who raises the contrary view—they can expect to be called out and marginalized. The presumption is that all those in the room share the same basic opinion (baptized as it is as being the "Canadian values") and the only debate left regards who might lead us and how fast we might go down the road of inevitable progress.

It may be that contemporary Canada has changed to the point where governing in the political center out of principle rather than pragmatism is no longer possible. The Harper government has achieved its majority by building a coalition of diverse groups and within the Conservative tent, there is as much disagreement as consensus. It will be interesting to watch whether in finding their legs during this decade of dissensus, the opposition parties rediscover ideology or focus on the skills of managing difference. Here's hoping that if it is liberal ideology that is rediscovered as a governing principle, it is of a more classical vintage containing room for genuine tolerance and principled pluralism rather than the knock-offs of more recent creation. Homo consumericus, Homo aspiratus, and Homo dependicus are unlikely to follow this debate, but how it is resolved will shape their ability to get along and prosper as fellow citizens.

Political theorist Travis D. Smith maintains that liberalism as a credo is worth approaching if we do so with full awareness of its perpetual distance from reality.

There is, however, a common thread which binds these events into a broader story about the changing face of Canadian politics ...

The Vanishing Point of Political Principles

Cardus Executive Vice-President Ray Pennings says it’s the swing votes of left-wing pragmatists, not the virtues of the leaders or their parties, that will likely determine whether Justin Trudeau or Andrew Scheer wins Election 2019.