Salomé et les hommes en noir is Valérie Amiraux’s bestselling book to date … and quite a bit different from her other publications. The comic (a collaboration with Francis Desharnais, who is best known for his graphic novel Burquette) is based on notes Amiraux took as she observed her three year-old daughter puzzling over their first encounters with the Hasidic community of Outremont.

Amiraux studies religious minorities and religious discrimination, processes of radicalization, and the representation of terrorism in popular culture. A citizen of France, she moved to Montreal 10 years ago to join the sociology department at the University of Montreal.

“It was August, two days after our arrival. I started walking with Salomé to discover the neighbourhood. One of the reasons I chose this neighbourhood is that it’s central. I don’t have a car. I needed to be in a  very convenient place so that it’s easy for me to get to work, easy for schools, has easy connections to the airport. And Outremont is full of green spaces. Moving from Italy where we had a wonderful house in the countryside, I wanted to be located somewhere where she could play outside very easily.

“It was the first evening that I picked her up from the garderie. We started to explore the parks and playgrounds in the neighbourhood. She was very social, curious, talkative, and sensitive to the public culture of places. And her first question to me [as she noticed the Hasidic families in the park] was, ‘How come they are all dressed up like it’s winter?!’ It made such an impression on her. So that was the moment I realized that my professional interest in how minority religions could be treated in certain contexts would relate to my personal life in the neighbourhood.”

When she looks at Outremont, Amiraux does not consider the conflicts in the borough to be about religion as religion.

“It’s about dress, prayer, holidays, places of worship, modes of locomotion. It is really about the institutional existence of religion and its public visibility in the urban space. This is where discussion turns into controversy: where there is visibility and collective presence. What rituals and places of worship signal is that a lot of people are interested.…It’s the idea of numbers. It is not only that people are not addressing religion as religion, but that they are addressing what they think these signs signify: invasion.”

When she looks at Outremont, Amiraux does not consider the conflicts in the borough to be about religion as religion. 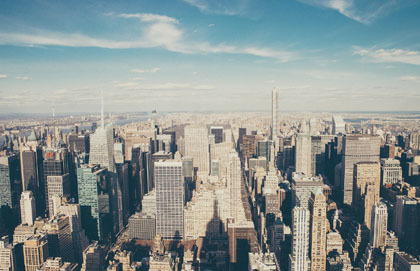 If this quality of public discourse does not change, Amiraux is pessimistic about the future of Outremont.

“The problem I have with Outremont is the fuss that is made out of nothing. As if the idea of being different, and of being willing to live differently, must systematically attract huge, everlasting discussions on ‘Who are we, and how do we survive in this neighbourhood overflowing with Hasidim?’”

She believes that this kind of discourse creates conditions in which violence – like the recent murderous attack in Quebec City – becomes possible.

“There is a political responsibility to change the encoding of the discussion. It should be recoded as not being an issue of power and territory, of occupation and invasion.”

Amiroux’s call for a change in public discourse is not a call for a less robust discourse.

She is critical of a superficial, “polite” consensus that leaves no room for conversation about what really drives people.

“It does not leave a space to explain that, ‘I want to be a pious citizen. I give importance to praying, I want to raise my children with these values, and yes, dressing the way I do is not the most comfortable thing, but this is the way I most feel like myself … but I agree that I have an obligation to educate my children, and that I cannot kill my neighbour!’”

She is optimistic about the possibilities if people were to realize the power they have to be conciliatory agents at the local level, and create spaces in which to talk about the issues without immediate polarization.

“This is, for me, extremely powerful. The local scale is the scale that matters. This is why I am more and more focusing on places where people are, among themselves, talking about the things that happen to them.”

Why Criticism of Religion is So Necessary

To the statement, "Religion is a private matter that should be kept out of public debates about social and political issues," the Catholic and public school students agreed, whereas the independent Catholic, Evangelical Protestant, and home school students disagreed Asked to agree or disagree with t...