Today, the Supreme Court of Canada released its decision in Cuthbertson v. Rasouli. While the decision ought to be viewed as a victory for patient rights, there are elements of it that should cause concern, notably for those Canadians who highly value the right to freedom of religion and the principle of the sanctity of life.

The case dealt with the issue of consent to medical treatment and, in particular, whether or not doctors require consent from a patient's substitute decision maker to remove a patient—in this case, Hassan Rasouli—from life support when the doctor believes such support is futile. I acted as counsel to The Evangelical Fellowship of Canada, one of the interveners in the case.

The EFC argued that consent was required and that in providing or withholding consent, substitute decision makers must act in the best interest of the patient. Assessing this best interest includes, among other things, considering the patient's religious beliefs and moral values. The Supreme Court agreed and ruled, in a 5-2 split decision, that doctors could not unilaterally withdraw treatment, including life-sustaining treatment.

Yet elements of concern are found in the dissenting decision, written by Justice Andromache Karakatsanis and concurred with by Justice Rosalie Abella.

The prospect of imminent death, however, elevates the significance of other interests, such as religious beliefs and personal values. Due to the important interests involved in life-sustaining treatment, factors such as maintaining respect for autonomy and human dignity are particularly vital in this balancing process. However, these considerations cannot prevail if a doctor considers the treatment to be outside the standard of care due to its futility or harmful effects. 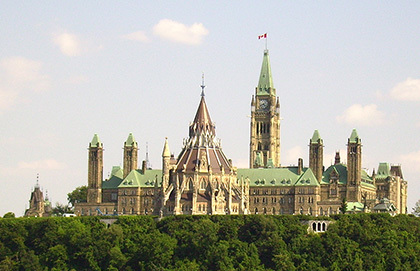 The State of Religious Freedom
Reasonable Accommodation in Reverse
The York University Question: It's not about sex—it's about the law

With this statement, Justice Karakatsanis recognizes the significance of religious beliefs and the importance they play in questions of life and death—but, in spite of this recognition, she jumps straight to a position that places religious beliefs behind the standard of care exercised by doctors. "Standard of care" is a legal term used in negligence cases. It means that a doctor cannot be found to have acted negligently if he or she met the standard of care, which is the norm accepted by other doctors.

Justice Karakatsanis here borrows principles from civil law to assess constitutional rights. It is true that there were no Canadian Charter of Rights and Freedoms arguments directly made in this case, but the right to hold and manifest religious beliefs is inevitably at play, at least for a religious individual such as Mr. Rasouli. Justice Karakatsanis treats religious beliefs as "considerations," not as sincerely held convictions which every person has the fundamental freedom to hold and to manifest.

This comment from Justice Karakatsanis has no immediate legal consequences. Her dissenting decision is not law and is not binding in any way. It may however serve as an indication of how she will treat future cases which require the balancing of freedom of religion against another Charter right.

While the common law does not permit personal autonomy to be the overriding consideration for the withdrawal of life support, it has long recognized the role of values, beliefs, and the dignity of human life, including dying with dignity. [. . .] However, if a doctor is ultimately satisfied that treatment is futile, she may discontinue treatment notwithstanding the wishes of the patient or family, provided they have followed these consultative processes and considered the patient's best interests.

Justice Karakatsanis acknowledges the importance Canada's legal system accords the sanctity of life. Indeed, the Charter provides that everyone has the right to life, liberty, and security of the person. But again, in spite of this recognition, she goes on to say that the primary factor in determining whether or not to cease providing life-sustaining treatment is the doctor's opinion on whether or not the life-sustaining treatment is futile.

As in her earlier remarks, Justice Karakatsanis borrows principles from civil law and uses them in balancing or assessing one's Charter right to life. Again, these comments have no legal consequence and are not legally binding. However, with the Carter v. Canada assisted suicide case from the British Columbia Court of Appeal potentially coming before the Supreme Court in the very near future, Justice Karakatsanis' dissenting decision in this case may provide a glimpse of where her reasoning will land should the Court decide to hear that case.