My son, 11, came home from his Quebec public school the other day with the news that one of his assignments in the State-mandated Ethics and Religious Culture (ERC) program would be to invent a new religion. I was delighted, of course, and offered to help, believing (as I do) that the current religion has become very tiresome and that a new one is in order. Then I discovered that he didn't mean a new State religion but a new private religion. That put matters in a somewhat different light.

When I try to teach my own ethics students how a syllogism works, say, I sometimes invite them to invent new syllogisms as well as to consider old ones. A syllogism, after all, is merely a formal device of logic, which can have endless variations in content. The invention of syllogisms is a sleuthing skill that helps them to see whether an argument is valid or invalid. But what is the point of inventing new religions? What does it teach our youth about religion qua religion? How to spot a counterfeit religion?

Now that is a sleuthing skill that might come in handy—if one supposes that there are such things as real and counterfeit religions. This doesn't seem to be the supposition of the Ethics and Religious Culture manuals, however. Quite the contrary. The general supposition seems to be that religion, like logic, is a mere form capable of infinite variety in content. Only, unlike logic, religion has no rules for validity, nor any criteria for truth. Religion does not belong to the sphere of the rational at all. So the particular variety my son gives it during his homework assignment is no more and no less valid than what he finds, say, in the variety taught him at home by his father and mother.

Too cynical, you say? Well, if by that you mean that I am too cynical, not that the curriculum is too cynical, I can only encourage you to spend some time in the ERC manuals, which present the religions of the world in no rational fashion. Their effect is kaleidoscopic at best: fragments of religion in more or less meaningless juxtapositions of the profound and the trivial, as if no real distinction between the profound and the trivial were possible in religion.

The Ethics and Religious Culture curriculum is intended, or so we are told by its apologists, to take up the burden in secular society of "the transmission of norms." In that task it is rather badly hampered, however, by the requirement that it not commit to any particular set of norms. Thus the layered character of religious and ethical traditions is not so much probed and pondered as crushed and flattened, lest the real differences between traditions appear—and meaningful choices with them.

If, on the other hand, you suspect me of holding to some highly specified notion of religion, whereby one might propose to easily distinguish between the real and the counterfeit—as between a valid or an invalid syllogism—you are again mistaken.

Religion is a deep well, into the depths of which it is difficult to peer. Its waters are sometimes bitter and sometimes sweet. Even to say what religion, is notoriously difficult. Religion is one of those words the definition of which we all think we know until we're asked for it. 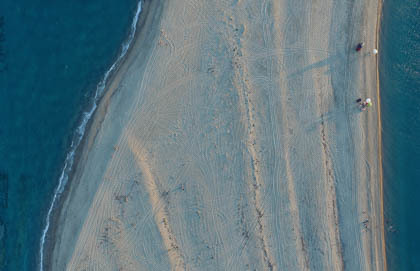 Not too long ago, in the Amselem case, the Supreme Court of Canada asked itself what religion is. It opined that "in essence, religion is about freely and deeply held personal convictions or beliefs." With respect, I think this definition errs, in an almost fundamentalist fashion, by over-emphasizing the personal or private on the one hand and, somewhat paradoxically, the intellectual or "dogmatic" on the other. Religion concerns both something more and something less than freely and deeply held personal convictions or beliefs. Religion, or so I tell my students, is about publicly recognizable systems of reverence for the source of life, or for the powers that govern living creatures.

Studying particular "religious cultures," then, to use the program's preferred nomenclature, ought to be an exercise in discernment of what a people really do revere. Which brings me full circle to where I began. Whatever religion my son might invent for his Ethics and Religious Culture class will be private in a manner that even the Supreme Court would find suspect. That is, he won't really believe in it and neither will anyone else. There will be no reverence involved.

Wouldn't it be much wiser, then, and a better expenditure of our tax dollars, to set our youth the task of seeking something of greater public utility? To wit, a new religion of the State? I say "new" because even the so-called secular State, if Quebec is anything to go by, does seem on closer inspection to have a religion, at least by my definition. That is, it recognizes, chiefly in itself, the powers that govern living creatures and intends that these powers should be revered above all others.

Indeed, refusal to reverence them is both a sin and a crime. That, of course, is why no opt out is permitted from the Ethics and Religious Culture curriculum. It is also why Quebec currently finds itself before the Supreme Court of Canada in the Drummondville case, where parents have sued for the right to opt out. And why it will likely find itself there again in the Loyola case, where a Catholic school has sued for the right to teach ethics and religion—sorry, "religious cultures"—in a Catholic rather than a Statist fashion.

Before you accuse me of indulging my own private fancies about State religion, ask yourself why these cases have become necessary. Ask yourself why Quebec has adopted a stance that the lower court judge in the Loyola case characterized as "tyrannical." Ask yourself just what interest the State has in teaching our youth, as one revealing footnote in the ministry's main Ethics and Religious Culture consultation document puts it, "to develop a religious culture"—note the singular here!—"consistent with ministerial orientations."

Make no mistake. These cases are not about religious literacy, which the appellants seem to take far more seriously than the Ministry of Education. Rather, they are about religious liberty, which the de facto religion of the Quebec State does not seem to take seriously at all. Moreover, they are about the liberty of all pre-political institutions, beginning with—currently focused on sex rather than religion, or on religion for the sake of sex—the Quebec State is bent on re-educating children to think in a manner consistent with ministerial orientations so that they in turn may re-orient their parents.

This de facto religion is indeed becoming tiresome. It has even extended its reach, most recently, into the daycare centres of Quebec, from which the ministry is determined to banish all signs, symbols, references and allusions to religions other than that of the self-reverencing State. At the same time, oddly enough, the government has refused to remove the crucifix from the National Assembly. The obvious explanation for that rather striking inconsistency is a combination of cowardice and cunning. The time will come, after the daycares and schools have been purged of all competing religions, to remove the cross from Parliament and from the hilltops of Quebec. When a generation that can't tell a crucifix from a Christmas tree has emerged, it can be done safely—that is, without electoral consequences.

Only the freely and deeply naïve (among which, alas, are many religious people in high places) suppose that the secular State means a State that is neutral as regards religion. It means no such thing. The secular State, as its proponents fancy it, is a State in which religions other than Statism have been neutralized. More specifically, it is a State in which Christianity and Judaism have been neutralized, along with other competitors to the truncated vision of human flourishing that motivates proponents of the secular State. And the only way to achieve that is to raise a generation that recognizes and reverences no governing power greater than the State.

Now, perhaps, you're thinking that I'm a hopeless romantic, nostalgic for the State religion of yesteryear. But, no, I wasn't thinking of suggesting to my son that he reinvent the religio-political paternalism of the Duplessis era or something of that sort. Indeed, what we have now is still very much of that sort. That is why it is so tiresome. I thought I might suggest rather that he think of something much bolder and grander. Away with the petty pieties of the current generation of Statists, scions of the so-called Quiet Revolution! "Crimes still remain to punish, foes to bleed." What we need is a real revolution. We need a Culte de l'État suprême. We need a Robespierre.

Of course, I won't tell my son what happened to Robespierre. That would be like telling him whether a syllogism is valid or invalid. The point of the exercise is that he should find that out for himself and, in doing so, think hard about the continued drift of Quebec toward a monoculture of religious Statism. Afterwards we can get down to discussing what role religion ought to play in politics—for play a role it must and will.

The Fraught Line Between Faith and Politics

The violation of necessary State religious neutrality by the Saguenay municipal council, the Court agreed, constituted unjustifiable discrimination against resident atheist Alain Simoneau Much as people of religious faith are conditioned to seeing bad news coming from the Supreme Court of Canada, th...