Convivium: Let’s start with the title of this paper, Who Are You? Reaffirming Human Dignity. This isn't the first time, then, that human dignity has been affirmed in the history of the world.

Andrew Bennett: We chose the title very consciously. Because of the nature of our society and a lot of the debate around who we are as human beings, we felt it was necessary to address this question. Often people are not able to grasp fully the idea that religious freedom is for everyone, everywhere. Even people with other profoundly different beliefs, even atheists, have right to have that belief. You can only really understand religious freedom fully, and other freedoms associated with it, if you understand who human beings are. In the paper, we go from this very basic premise of, what does it mean to be human? What gives me dignity? Then get into questions like, can I lose my dignity? Is there dignity in suffering?

C: Why is now the time for publishing this paper? Why not five years from now or five years ago? What is it that drew you to the conclusion that it was the right time to be publishing something on human dignity?

AB: I think there are two major issues that have arisen that really galvanized me. First, is the dehumanizing debate that’s really the absence of debate. Our encounters with one another, they're increasingly de-humanized, not engaging people face to face. It's through social media where the person is not present fully. And so, this seems to have led to embracing some of the baser aspects of our nature, where this idea that my choice, my position, my ideology, my philosophy, is the right one. And if you don't accept that, then you can be discounted. The attitude is “I don't accept that you can hold that position because it's not in concert with the broad trend in secular society—I'm going to shut you out.”

C: I recently had an online conversation with someone who said he could never be friends with someone who has fundamentally different beliefs than he does because they don't respect him as a human being. There is an element of human dignity there, but there is also disconnect here. To say that I can't be friends with you, I can't associate myself with you because you don't see my dignity, isn't that the same thing he's saying—I'm not seeing your dignity, either?

AB: Well, again, this gets down to the fact that when we shut people out, when we say you have less worth than I do because you don't agree with me, you cannot build a society based on that attitude. You cannot have a common life with other people. Because the reality is, as human beings, we're social creatures. We cannot exist on our own. Nor is it right to ghettoize ourselves into particular communities with people that are all like us, because that's not the world. That's not reality. The world is a tremendously diverse place, and thanks be to God it is. We have to have the ability, when we encounter someone who has profoundly different beliefs from us, to have an open debate with them. And it's all right to disagree. It's all right to disagree strongly.

But in the very end, the person you're talking to is another human person, who has the same hopes, the same dreams, the same challenges, the same struggles as you. At the most fundamental level, our common life is predicated upon genuine engagement between persons. If we have an inability to do that, if we reject it implicitly or explicitly by saying, “I can't talk to you,” there is no common life. 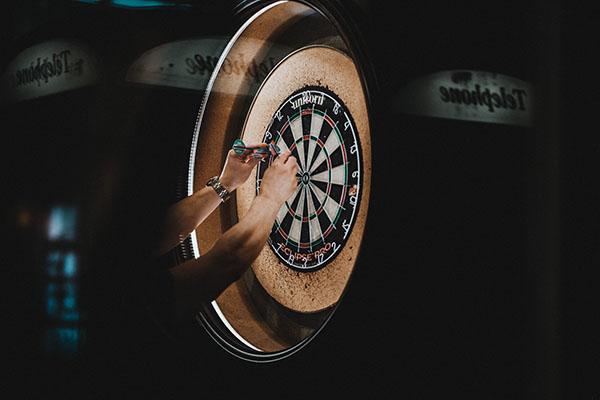 Aaron Neil: I also think we're not very good at having big conversations with each other. Things like religion, politics, are things we generally don't talk about much. But I think there is still a need to discuss those things. In the paper we talk about human beings having a natural self-transcendent quality. We're not just interested in material needs, we're not just interested in providing for ourselves, but we're interested in connecting with the world and connecting with each other and having deep conversations—meaning, transcendence, these are all things that we do think about. I think being honest about that and then realizing that these are not impolite subjects to talk about, once we start to engage one another on these deeper levels, I think we will realize these debates don't always have to be polemicizing and don’t always have to be negative. In fact, they can be Socratic and constructive. I think that's a bit of a shift that we’d like to see.

C: In the paper you talk about how we are not our own. My decisions and my dignity affect those around me. We know the social isolation issue is huge. But what role does human dignity have? How does it affect our communities when we have these polarizing beliefs and people are not only disagreeing with each other, but don't even seem to be having conversations with each other?

AN: I don't think it's an incurable problem. There is a real attitude around my needs, my interests, and my rights. But in reality, people are quite lonely. We are trying to draw a bit of a connection between those two things. If you do conceive of yourself as a more or less autonomous person who does not rely on other people and you're a rights bearer, then I think it does make sense that if everyone has that attitude, they’re going to bump into each other, sooner or later.

We're not trying to downplay human rights or human freedoms. But we say freedom is always shared with others. We are living in a society together where we all want to be free. And in order to be free, I think we have to recognize the free will of each other and then we're commonalities again. So, freedom is not just exercised as doing what I want to do, but also for the common good. That's what we're trying to do better.

C: You write in the paper, “Even people who doubt God's existence believe human beings have inherent value.” So, there is a bit of a contradiction there—perhaps some may have a sense of universal inherent human dignity, but don't have the words to call it that.

AB: I strongly believe that all of us deep down at the level of our deepest conscience understand the dignity that we bear. I think (that’s true of) even people who doubt God's existence, who don't see the world through a theistic lens, let alone a Judeo-Christian lens. But I think everyone has an innate understanding of what is good. Most people see that if something is good for them it must be good for other people. There's a quote in the paper from David Brooks about the whole question of the soul: “I don’t ask you to believe in God or not believe in God… But I do ask you to believe that you have a soul.” Extrapolating here, but how does that soul engage with the world? And I think everyone knows that deep down.

C: Well, even a secularist is still going to tell you that when you're driving, you should probably not hit a pedestrian who is crossing the street. But the lines are blurred when it becomes “well, that's my personal freedom or yours or theirs” – sometimes even when it comes to issues of life and death.

AB: The one thing I would add there is that it's interesting with this issue of doctor-assisted suicide, how we understand that now in our society as being old, we need to enable this person to have their “dignity.” Therefore, they should be able to kill themselves or have someone with their permission kill them, to maintain their dignity. Yet the idea of suicide to us is so scandalous. And there seems to be a disconnect in our thinking. I don't know how we begin to get to the heart of what's going on there except by reaffirming human dignity at all stages of life in all forms, in all contexts.

C: So what is the hope for this paper? Where do you want to go with it?

AB: This is not a typical research paper. It's basically an extended commentary. And as I said, we want to use this to help people reaffirm their dignity, the dignity that they know they have. We see this as being part of a project that is in its early gestation: the Human Dignity project. We see this as being a very useful tool for engaging millennials, especially millennials of faith, to talk about students’ questions of human dignity they are facing at university.

We also want to use this as part of our formation that we want to do around religious freedom; working with faith communities, speaking to leaders across the country. It's our hope in the coming year to be traveling across the country, using this paper as a touchstone to have conversations about human dignity. How human dignity relates to religious freedom, how it relates to other fundamental freedoms, so we can seek to build again this common life, and see how public faith and the freedom to live out that public faith is so fundamental to building up that life. And someone who has profoundly different beliefs from you still has dignity, as much dignity as you. We want to address this amnesia around the relationship between human dignity, fundamental freedom, religious freedom, conscience rights.