The front page headline of the National Post on Tuesday: “Golf in the House of God,” complete with picture of the mini-golf course set up in the nave of the venerable Rochester cathedral – followed several days in which the same image went viral. A lot of news-making for a 1400-year-old cathedral, but it was for all the wrong reasons.

The photo reminded me of a cartoon from, if I recall correctly, the British satirical magazine Private Eye, in which two Church of England clergyman, cassocked in the traditional style, are passing by an Anglican church. The door is open and upon the altar is a golden calf, the attending vicar leading the ululations of the congregation.

“One day, they will go too far,” says one to the other.

At Rochester they did not opt for the golden calf. But is mini-golf better or worse? Idolatry is a grave sin, but it takes some gumption to pull it off. The pure silliness and crushing banality of mini-golf somehow seems somehow incapable of that.

Now, let us insist that it is not nice to laugh at our fellow Christians. In fairness, it must be conceded that it was very not nice for the Rochester Cathedral to make itself a laughingstock, but still, no further laughing please.

We laugh because the only other suitable response is to weep, but still, it is not nice.

Convivium friend John Robson did some cracking wise, taking the line of being more shocked than appalled: “The Anglicans really did just install a mini-putt in the nave of Rochester Cathedral, originally founded in 604 by the first Christian king in England, Æthelberht of Kent, and rebuilt in the trendy new-fangled Norman style under the direction of a French monk in 1080.”

Just for comparison, the other big cathedral in the news this year was Notre Dame de Paris, where construction began in 1160, 60 years after the second Rochester Cathedral was built and more than 500 years after the first one was founded.

Might the Queen suggest to the Church of England, of which she is the governor, that the French model be followed, and that stolen churches ought to at least be kept open for worship?

Others took more vigorous exception to the foolishness in Rochester. Many called it sacrilege, which it certainly is, except that I would not go so far as to find the Rochester cathedral canons guilty of that sin. The installation of mini-golf indicates such a high level of confusion and low level of faith that culpability would be hard to assign.

In moral theology, one is not culpable if there is a lack of reason. Consider the explanation of Rachel Phillips, cathedral canon responsible for “mission and growth.” Cathedrals have such people today, and they speak like this: 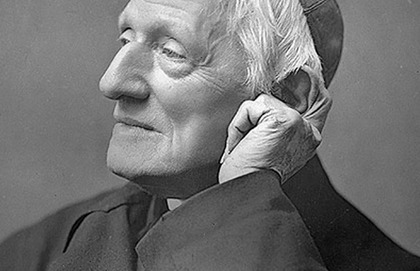 “We hope that when people come in, they will know that they’re welcome and they will have an enjoyable experience. So while people are here, having fun and playing crazy golf, they will take the opportunity to reflect on that wider theme of building bridges, that they might find that they would like to pray, light a candle. Maybe talk to somebody.”

Anglicans of a more traditional bent were having none of that, though most Anglican leaders simply did not say anything. The Reverend Gavin Ashenden was chaplain to the Queen from 2008 until 2017, when he resigned after speaking critically about the reading of the Koran at St. Mary’s Cathedral in Glasgow. He left the Church of England in 2017 and was consecrated a bishop in a traditionalist Anglican community.

“The sequestration of the great Roman Catholic cathedrals of our country by what became the Church of England was always fraught with conceptual and moral difficulty. It was achieved by political force and at the cost of Catholic martyrdom,” said Bishop Ashenden, recalling the history of Rochester Cathedral. “The Church of England, suffering a reductio ad absurdum has turned its Catholic cathedrals into entertainment centres. Having lost contact with transcendence, majesty and holiness, the Church of England has become a branch of the leisure and entertainment industry. Since they no longer know what a cathedral is, or what it is for, it is indeed time for them to return them to the Church that conceived, built and knows how to honour and use them.”

Catholics in England feel a special attachment to Rochester Cathedral, as they do to Canterbury and Westminster Abbey, two other purloined sanctuaries. The special attachment is because Rochester was the see of St. John Fisher, the great 16th century bishop and scholar. The only bishop not to accommodate himself to King Henry VIII’s claim of supremacy over the Church in England and consequent break with Rome, he was beheaded. I greatly admire St. John Fisher, and named our annual dinner in Kingston after him.

In France, the State stole all the venerable churches in 1905 – or self-legitimized the theft at the time of the French Revolution – but it guarantees the Church the right to use them for religious purposes in perpetuity. The Church has to pay for the operating expenses, but the building is maintained by the State. The Church promises to keep the churches open to pilgrims and visitors for free.

Might the Queen suggest to the Church of England, of which she is the governor, that the French model be followed, and that stolen churches ought to at least be kept open for worship?

But of course, the Rochester canons tell us, the mini-golf does not actually interfere with the religious services, which are still carried out elsewhere in the complex. And the mini-golf is free, and there are also places reserved for prayer. I suppose it would have been possible to ban prayers altogether in favour of golf, but that would have been intolerant. Some Muslims might drop by who want to pray, or at least to hear the Koran being read.

While I am not entirely opposed to charging visitors to venerable churches a fee – treating tourists like tourists has a certain logic to it – I personally refuse to pay to enter churches. I am more than willing to offer donations to assist in the upkeep.

Visiting St. Paul’s in London I was told by the cashier that it was not necessary to pay if I “only” intended to pray, and an usher guided me to a side chapel reserved for prayer from which it was not possible to see the interior of the main church. Perhaps they though I might pray with my eyes closed, and therefore did not need the beauty of the place to assist in lifting my mind and heart to God. Neither St. Paul’s nor Westminster Abbey charge if you come for vespers or other religious services.

Sequestering places to pray, as if pilgrims are to be quarantined, while the main body of the church is given over to tourism or recreational mini-golf, is a betrayal of the generations of the faithful who built them, and the martyrs who died for that faith. It is, as St. Paul the apostle would put it, a matter of “emptying the Cross of Christ of its power.”

Yet the Rochester Cathedral is not alone. At Norwich, there are plans for a 17-metre tall “helter skelter” climbing tower. At Lichfield, the grand tiled floor was transformed into a lunar surface to commemorate the moon landings.

“Wherever you are, or are not, on your faith journey, the space invites you just to be, to explore and encounter the space in your own way, to let it speak to both heart and soul,” reads the Norwich cathedral’s website.

And there is the explanation. No longer is the cathedral a place set aside for God, in which common people are invited to encounter Him. Rather it is a common space, cared for by the Church as a sort of civic duty, in which common activities find a home.

An Afternoon with Cardinal Newman

Battlefield Of Our Hearts

This December Convivium's editor in chief, Father Raymond J. de Souza delivered this inspiring address to over 900 faithful young people of faith gathered in Ottawa to ring in the new year together at CCO's Rise Up.