Charitable donations as a percent of total income have reached a 20-year low in Canada, says a Fraser Institute study released last month. In 2017 (the most recent data available), Canadians gave just 0.54 per cent of income, down from a peak of 0.78 per cent in 2006, and barely one-third of the rate of giving by Americans, who donated 1.52 per cent of total income to registered charities.

Quebec ranked last of all the provinces, with donations accounting for only 0.24 per cent of income. A CBC analysis explains, “Public-opinion researchers note there is a different culture in Quebec, one where government plays a bigger role and individuals rely more on the state to deliver supports to those in need.”

It is an explanation both intuitive and corroborated by economists. If people are paying more in taxes, then they have less money to give. And if the government is spending lots of money taking care of the poor and ensuring adequate levels of healthcare and education, then what need is there for people to donate to charity?

Relying on government programs instead of private giving is, however, a perilous strategy for reducing poverty and building strong communities. In the first place – and on this point, there is much agreement – a dollar spent by private charity does much more good than a dollar spent by government. Millions of Canadians donate to charity, but almost no one donates to the government (although some do give to publicly funded hospitals and schools).

If people really thought the government was more effective than charitable organizations at reducing poverty and improving social welfare then instead of donating to charity, they would donate to the government by deliberately remitting to the Canada Revenue Agency more than the taxes they are required to pay. Who does that?

Economic evidence makes a compelling case that expanding government is a poor way to reduce poverty. In the case of public education, for example, the budget becomes ever more expensive (putting upward pressure on taxes and dragging down disposable income growth), but predictably, given that the education sector is a near government monopoly with little in the way of competition, the quality of education does not improve. 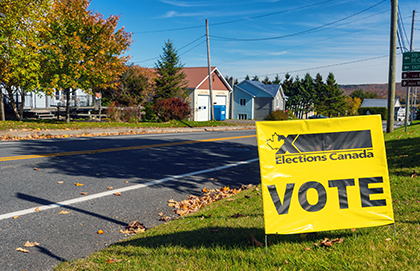 Who Will Win Monday’s Vote?
Another Look at the Lending Market
Fire in Fort McMurray: A Proper Response

High levels of government spending also have the unfortunate effect of vastly increasing public opposition to immigration by creating arguably valid, though often greatly exaggerated, concerns about the effects of immigration on the government budget. The result is that the federal government imposes significant restrictions on immigration, preventing people in poor countries from moving to Canada where they will have the opportunity to get a decent job and escape grinding poverty. The best way to help the poor is clearly not through higher government spending.

Importantly, in addition to economic reasons, there are also social reasons why substituting government action for private giving is a bad idea. Replacing private generosity with taxes has negatively affected both the givers and recipients of financial aid.

“The transformation of charity into legal entitlement,” as Antonin Scalia observed, “has produced donors without love and recipients without gratitude.”

People pay their taxes not out of love and compassion, but because they don’t want legal trouble. Some recipients of government funds, often instead of being grateful, simply demand more. (See, for example, undergraduate students, mostly from households with higher than average wealth, who constantly insist that taxpayers, who already pay for most of their tuition bill, must pay for the whole thing).

The nature of government services also differs from that of private charity. Social welfare delivered by private organizations, particularly when religiously driven and religiously funded, noted Scalia, often seeks not only the alleviation of poverty, but also the improvement of virtue and morality.

The expansion of government then, for both economic and social reasons, cannot substitute for charitable giving. The decline in charitable giving in Canada is an unfortunate trend, as the pathway to stronger communities and poverty alleviation lies through less government and more private generosity.

Who Will Win Monday’s Vote?

Given that most election platforms amount to buying votes with other people’s money, writes Matthew Lau, it’s the rich who pay, the poor who suffer, and the middle class that scoops up the winnings.