A few weeks back I wrote here about Archbishop Oscar Romero, the late archbishop of San Salvador memorialized on Westminster Abbey as one of the martyrs of the twentieth century. So too in that illustrious white-robed army is Martin Luther King, Jr. The 50th anniversary of his martyrdom was observed on Wednesday of this week, April 4.

We have read much in these days about Martin Luther King. Perhaps I might share some reflections about a man who had a major impact on my life.

While in junior high school – an Alberta classification as I discovered later – I was enrolled in a public-speaking class. My mother thought it would be good for me; she turned out to be right about that. The sessions were one-on-one with the instructor, but at the end of the year there was a recital of all her students. We had to choose a famous speech and deliver it from memory. She gave us a book of historic speeches from which to choose and I selected MLK’s 1963 speech from the March on Washington, I Have a Dream.

I don’t remember how well I recited it, but memorizing it meant that I had to study it carefully. And the content of the speech made a deep impact on me, teaching me the power of the preached word – for it is more of a sermon than a speech – to confront evil.

Later, during an academic fair in high school, I would make a presentation on MLK and the civil rights movement, about which I had studied a great deal more. It was the 1980s, and when I began to look around for contemporary struggles of a similar nature, I recognized the same dynamics at work in Poland’s Solidarity movement. From civil rights to Solidarity to St. John Paul II to the seminary – it is not exactly a straight line, but there are dots there to be connected.

So I remain grateful to a preacher for my own vocation to be a preacher too. A Baptist preacher at a black church in Atlanta is rather different than being a Catholic priest in a country parish on an island in the St. Lawrence River, but every preacher needs to be convinced that the Gospel has not lost its power, and MLK was an influential witness of just that.

This week it was more common to hear MLK referred to a “Dr. King” rather than “Rev. King,” as if somehow his academic credentials were more important than his pastor’s vocation.

It’s a problem even at the MLK memorial in Washington. Rev. King is an example of the essential and positive contribution that religion makes to the work of justice and the pursuit of the common good. But amongst the many quotations at the memorial from King’s famous speeches, the Gospel being preached is absent. 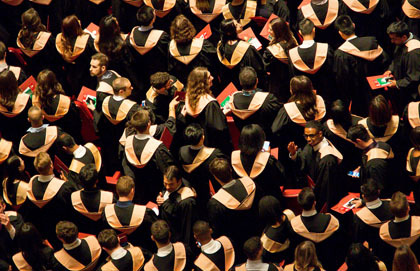 President Obama had a MLK quotation woven into the rug he designed for the Oval Office: “The arc of the moral universe is long, but it bends toward justice.”  That’s from a sermon preached not far away, at Washington’s National Cathedral, just a few days before King was assassinated in Memphis. The centre of that sermon is a meditation upon Jesus’ parable of the rich man and Lazarus, and the obligation of the rich to be solicitous to the needs of the poor. How did King bend history toward justice? He preached Jesus Christ, and the need to conform our individual and collective behaviour to His teaching.

In 2012, I had the opportunity to visit the Ebenezer Baptist Church on Auburn Avenue in Atlanta, the home church of Martin Luther King, Jr. He was born just down the street from that church, where preaching was the family trade – both his father and grandfather held that pulpit. In the 1960s, King and his father were co-pastors, taking turns preaching at what the son made one of the most important pulpits in American history.

It’s not a remarkable church in size or style, but for anyone called to preach, visiting is something of a pilgrimage, a place to pray for an abundant portion of the preaching spirit. King’s recorded sermons are played in the church, and the sermon when I visiting was on Matthew 25.

King spoke in blunt language about those who claim to be Christians but do not feed the poor, or clothe the naked, or visit the sick. “The Lord will say to them: Get out of my face!” preached King. Remember that next time someone tries to make MLK into a milquetoast clergyperson urging everyone just to get along.

Martin Luther King was killed at age 39. Had he lived, he would be younger today than Jimmy Carter or Billy Graham, who died last month. But in his short and tumultuous life there were differing phases.

In 1963 he was at his peak with the March on Washington and the Letter from a Birmingham City Jail, written between Good Friday and Easter Sunday in 1963. By the time of his death the movement he was leading was beginning to fracture. That was evident in 1967, when MLK delivered the Massey Lectures in Toronto. By November 1967, just months before his assassination, one gets a sense of King trying to re-connect with a movement that is no longer marching to his earlier ideals. For MLK admirers, accustomed to his prophetic denunciations of violence and injustice, it is almost painful listening to him distinguish between the rioters’ violence against property, rather than persons. The teacher of non-violence does not condone the riots, but he is uneasy condemning them.

While the earlier MLK emphasized the virtue, discipline and community strength of black America as the means for achieving their emancipation, the later King takes a more statist tone, blaming an economic system that can only be changed by massive government spending. No longer are black Americans the agent of their own development; rather it is now up to the government to take the lead for them.

The Massey Lectures have the tone not of prophetic emancipation, but rather a campaign brief for the Great Society expansion of the welfare state. One sees MLK in 1967 trying to adjust to the shifts in liberal politics that were coming, as were outlined in Convivium last Monday.

It is not the Massey Lectures months before he was killed that we remember, though. We remember instead the anointed speech-cum-sermon he delivered in Memphis on April 3rd, less than 24 hours before he would be killed. He spoke of the preacher’s mission:

Somehow the preacher must be an Amos, and say, “Let justice roll down like waters and righteousness like a mighty stream.” Somehow, the preacher must say with Jesus, “The spirit of the Lord is upon me, because he hath anointed me to deal with the problems of the poor.”

In that astonishing address he spoke in detail about the time he had almost been killed by a mentally disturbed woman who stabbed him, and how he was now ready to die. The last public words of a man on the threshold of death remain haunting – and inspiring – even today:

I don’t know what will happen now. We’ve got some difficult days ahead. But it doesn’t matter with me now. Because I’ve been to the mountaintop. And I don’t mind. Like anybody, I would like to live a long life. Longevity has its place. But I’m not concerned about that now. I just want to do God’s will. And He’s allowed me to go up to the mountain. And I’ve looked over. And I’ve seen the promised land. I may not get there with you. But I want you to know tonight, that we, as a people, will get to the promised land. And I’m happy, tonight. I’m not worried about anything. I’m not fearing any man. Mine eyes have seen the glory of the coming of the Lord.

What makes the common good common