I could not be more disappointed with the Quebec Liberal Party. What political party wins an election and then adopts all the previous government's most offensive policies?

The Parti Quebecois under Pauline Marois was roundly condemned for a bill purportedly legalizing euthanasia and for the so-called secular charter. It was assumed that when the Marois government was defeated in March, the new Liberal government would bury these controversial bills. But no, not at all.

Many were surprised when the euthanasia bill was re-introduced with no changes. Bill 52 portrays itself as being about "end-of-life care," but here is the definition:

"End-of-life care" means palliative care provided to persons at the end of their lives, including terminal palliative sedation, and medical aid in dying.

Premier Philippe Couillard is himself a physician and seems to have a personal interest in ensuring that Quebeckers have a right to die, or rather, a right to "end their suffering" as he puts it.

The bill passed by a sweeping margin on June 5 with little public debate. 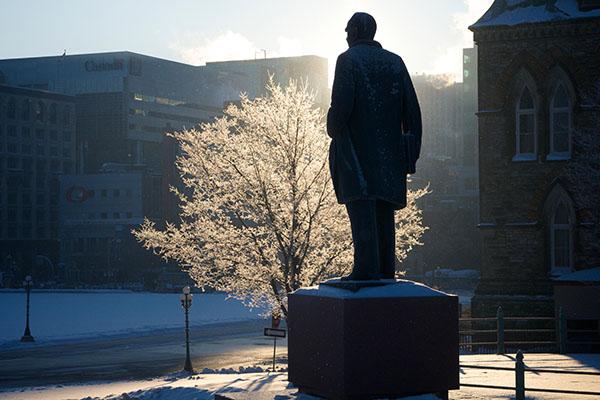 Of course, this bill also sets up a division-of-powers bun fight with the federal government. The federal Criminal Code has several provisions which conflict with the new Quebec legislation. For example, Sec. 14 of the Criminal Code provides that:

Doctors might pause before giving a patient a death-inducing substance given the definition of homicide in Sec. 222 of the Criminal Code. Or perhaps the criminal offence of administering poison or a noxious thing in Sec. 245 might concern them.

Lawyers and judges can gleefully anticipate the inevitable court challenge of pitting the provincial power over healthcare against the federal power over criminal law. The last such case was over the Vancouver Insite safe injection site. The provincial government won that one. It is by no means certain, however, that the courts will apply the same reasoning here.

Now that the euthanasia bill has passed, the Liberal government is poised to introduce its own version of Marois's "secular charter." Couillard apparently is a little more moderate towards religious accommodation and has stated that he will allow a broader range of religious emblems. How exactly his government plans to make distinctions between various forms of religious dress remains to be seen.

Again, this legislation invites court challenge. The Canadian Charter of Rights protects "religious freedom" in Sec. 2(a), which has been interpreted to include religious dress as part of the protected rights.

At a recent conference in Gatineau, Quebec, commentators were only too happy to pronounce religious freedom a secondary right. Apparently, now that Quebec is secularized, religion must take a backseat to the new orthodoxy.

Quebeckers have long accepted a higher level of state intrusion into their lives. Witness their language police, for example. But most of us outsiders expected that the controversial parts of Marois's political agenda were swept out of office along with her PQ government. Laws that put doctors in conflicting positions between obeying one set of laws over another, or that restrict religious expression, are beyond the limits to which governments should legitimately subject their citizens.

My friends and colleagues in Quebec were jubilant to see the Marois's government go. I pity them now.