The Irish referendum to make abortion legal was a cultural moment of significance. Not because Ireland had legalized abortion; that’s been going on for fifty years plus around the world, and the news was that Ireland had held out for so long.

The cultural significance lay in the popular voice of a referendum and the international celebration which greeted the news.

In Canada and the United States – the latter more than the former – the abortion license has been issued largely by the courts. Pro-life voices thus speak of the abortion laws – or in Canada, the absence of abortion laws – as something dubious from a democratic point of views.

Courts sent reluctant Canadians down of the road to our wide-open abortion access. Politicians have subsequently refused to even discuss restoring any kind of limitations. Abortion isn’t a right in Canada. But exceedingly rare are the elected voices willing to call it wrong.

Around the world, abortion laws – far more moderate than the extremism that marks Canadian and American policy – have generally been passed by the legislature. There is a considerable measure of democratic legitimacy to be sure, but it is still possible to posit a disconnect between the governing elites and the values of the common people.

In Ireland that is not the case. The referendum had high turnout, was well debated, and the abortion side carried the day by a large margin. Indeed, so emphatic and euphoric was the consensus across Irish society that some pro-life observers marvelled their cause did even as well as it did.

So, the Irish moment confirms what would likely be true in many other places if an abortion referendum were held, namely that the people, well-informed and well-engaged, would choose liberal abortion laws.

And many of those who would so choose to do so because they view abortion as a positive good. The international reaction to the Irish abortion vote was positively celebratory. Certainly, those who rallied in Dublin and other Irish cities to celebrate the outcome were not acknowledging some regrettable, but necessary, outcome, but lustily cheering something good.

Abortion isn’t a right in Canada. But exceedingly rare are the elected voices willing to call it wrong.
Related Stories 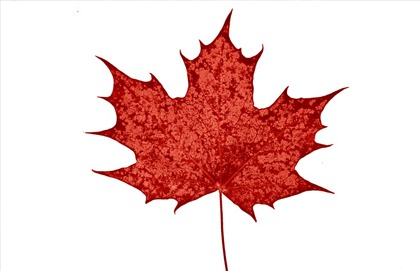 De-Register the Liberals, Anyone?
The Irreplaceable Place of Parents
MAiD Muscles In

Consider the change from 25 years ago. The only fixed point in the Bill and Hillary Clinton political universe was abortion – any which way and for any reason. The Clintons would jettison any policy or principle or ethical standard for power, save for abortion. On this they would stand, including the dismemberment known as partial-birth abortion. Yet despite their abortion enthusiasm, the Clintons described their policy on abortion as “safe, legal and rare.”

It’s an odd formulation for a supposed human right. Would someone advertise himself as being desirous that freedom of speech be safe, legal and rare? Or voting rights? No one speaks that way even about prisons, a veritable regrettable necessity.

Yet the Clintonian formulation recognized that abortion was not something good in itself, but regrettable. Hence the “rare.” In Ireland – and how the Irish referendum result was greeted around the world – we saw something different, a popular affirmation that abortion was a positive good. That, of course, runs up against human experience, where even women who celebrate abortion speak of it as something difficult. Most of them speak of it – if they speak of it at all – with great ambiguity and frequently the pain of loss.

In Canada, we saw our Minister of the Environment Catherine McKenna, tweet out a photograph of herself exchanging a high five with Kevin Vickers, Canada’s ambassador to Ireland, to celebrate the Irish abortion result. They were at the National Press Gallery dinner, a swanky gala affair, at which they, like hockey players after a goal, celebrated between the cocktails and hors d’oeuvres.

It was a disappointment to see Ambassador Vickers in that shot, and perhaps McKenna did not represent accurately the nature of their high five. But Vickers did not correct the impression on his own Twitter account.

When called out by David Mulroney, president of the University of St. Michael’s College, for politicizing our diplomatic corps, McKenna responded on Twitter that they were not celebrating abortion per se, but its legalization.

Ambassador Vickers was a key part of our launch of Faith in Canada 150, an appearance which I personally flew to Dublin to secure. His presentation to us was deeply moving, and I was proud to have Cardus host him.

I don’t know what his views are on abortion, and he would not be the first practising Catholic to support abortion. Prime Minister Paul Martin was more devout in his faith than any Catholic prime minister, and yet made abortion rights the centrepiece of his closing argument in two federal elections as leader. Vice President Joe Biden in the United States literally shows off his rosary beads, but believes in taxpayer funding for all abortions, for any time and for any reason.

But surely Vickers does not think abortion in Ireland is something to celebrate, something good and praiseworthy and noble? We can hope the answer to that question is different than the impression given by the McKenna tweet.

As to our foreign policy and abortion, after the restrictions on overseas funding of abortion by President Donald Trump, our own government rushed in to ensure that babies would not survive until birth simply for lack of funds for an abortion. Canadian taxpayers, courtesy of Canadian foreign policy, quickly stepped in to partially fill the gap. That, too, reflects a view that abortion is a good to be promoted abroad, akin to clean water and habeas corpus.

The abortion laws in one island with a population smaller than the Greater Toronto Area are not significant, as compared say, to sex-selection abortions in India. But the Irish referendum remains a significant cultural moment, when we saw clearly that, for many, abortion is a good thing, worthy of celebration.

De-Register the Liberals, Anyone?

The Liberal Party of Canada, in their desire to "vote as one" in Canada's House of Commons regarding the contentious issue of abortion, has decided to implement a leader-enforced community covenant in which candidates pledge to vote pro-choice on any abortion-related vote ...