Last Thursday I was at the Tate Modern in London for the highly-lauded retrospective of the work of Gerhard Richter, the German painter. Born in 1932, Richter has been working for nearly five decades in a variety of mediums and styles—from colour grids to highly detailed realism to total abstraction, and even some glass sculptures in there for good measure. The earliest works in the show are paintings of photographs; Richter painted the photos, then dry-brushed them to achieve a blurry effect. The show continues right into the present day with his marvelous, enormous series of "Cage" paintings, named for the composer John Cage. In between these are sculptures of glass, monochromatics that play with texture, neon abstractions, and a lot more. Richter could hardly be accused of sticking to a single style (as opposed to, for instance, the work at the MoMA's retrospective of Dutch-born painter Willem de Kooning, which closes today, in which de Kooning largely sticks to the same abstract expressionist style even as it evolves and changes).

While Richter doesn't have a single cohesive style—though he returns to certain techniques over and over—he does have a single force behind his work that fascinated me. From the very beginning of his work, Richter has always been dialoguing with the past. The second room in the exhibit is dedicated to work that Richter produced after seeing a touring show of French bad-boy artist Marcel Duchamp, he of the urinal titled Fountain. In response to Fountain, Richter created a painting of a roll of toilet paper using his signature blurry style. Duchamp had painted Nude Descending a Staircase, No. 2 (1912), then decided painting was over and there was nothing left to do; in response, Richter painted a soft, realistic, and quite lovely painting of his own wife descending a staircase. Painting, Richter was saying, has not ended. There is much more left to do. 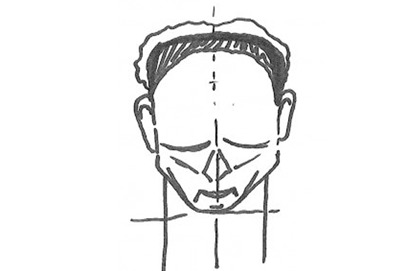 Manga - the symbols of culture
Stitching an Abrahamic Tapestry

Each of the rooms in the exhibit helped draw the link between Richter's work and history—whether it was the history of art or artistic techniques, or Richter's own conflicted relationship with his country's and family's history in the wake of World War II.

But what was clear was this: Richter spends a great deal of time thinking about the history in which he finds himself. He is not the sort of painter who wants to do a new thing, and therefore ignores the old. Yet he's also not content to merely react or to rant; Richter dialogues with history, and then pushes it forward. He looks backward, he looks forward, and then he picks up a brush.

That is, I think, exemplary behaviour for those who would pursue cultural change. It is not enough to want something new and just do it; we must know from where we come. We must read and pursue our histories. But to stop there, to either cling to or rebel against history, is insufficient. Pick up the brush.