Homeschooling is back in the news, but as usual, the tone of the coverage is negative. I suspect that’s due, in large measure, to journalists simply being unaware of what a wealth of research has shown about the value of homeschooling. Allow me to explain by pointing out two recent media reports.

The Globe and Mail ran a story on the dispute between the Alberta government and the Wisdom Home Schooling Society of Alberta, which has been shut down due to alleged financial irregularities. The story was framed around the story of Bari Miller, a 23-year old Masters student in the University of Ottawa’s political studies program. Ms. Miller was home-educated in the Wisdom program from grades 2-12 and clearly doesn’t think much of what she was taught. The lack of oversight and standards were among the reasons that “at 17, Ms. Miller ran away from home, escaping her mom and the education program she deemed shoddy.” From that single anecdote, the Globe constructed a narrative about homeschooling that goes far beyond any alleged financial irregularities in one particular situation in Alberta.

Meanwhile, the Toronto Star dismissed the achievements of a homeschool graduate based on stereotypes. Queen's Park columnist Martin Cohn suggested that Sam Oosterhoff,1 the successful 19-year-old winner of a contested Ontario PC nomination in a Niagara by-election, was unqualified for public office, in part, because of homeschooling. Notes Cohn, Oosterhoff’s “educational attainment consists of being home-schooled – meaning he has never interacted with classmates in the public system, yet condemns the updated sex-ed curriculum that our students need.”

There are many dimensions to these cases and I’ll leave it to others to debate whether the Alberta government’s shutting down of the Wisdom Society is justified or whether Mr. Oosterhoff is a worthy nominee as an Ontario legislator. I just want to focus on one dimension of the coverage – the public treatment of homeschooling in the media. 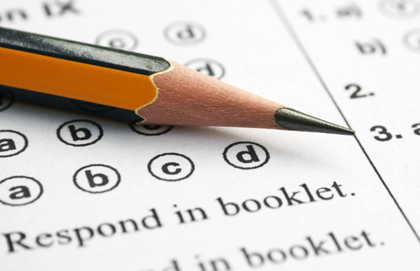 Without knowing the complete facts regarding either Ms. Miller’s or Mr. Oosterhoff’s home education, let’s assume the public record can be taken at face value. One speaks highly of their home education experience; the other very negatively. Yet, both are enrolled in public universities and seem to be achieving good things at reasonably young ages, whether because of or in spite of their homeschooled elementary and secondary school experience.

While homeschool anecdotes are interesting, journalists can access real research and data on the subject. The story of Canada’s over 20,000 home schoolers, a number that has been rapidly growing in recent years as families homeschool to prioritize time-intensive extra-curricular activities or to accommodate health, pedagogical, or religious concerns, defies many of the commonly-held myths including those implicit in this weekend’s coverage. Last month, Cardus released a report based on a representative polling sample conducted by a major polling firm and analyzed by a research team at the University of Notre Dame. Our report found that in most dimensions, homeschool graduates along with all other non-public school graduates, receive an education that prepares them to contribute to society. When tested against the seven aims of public education that are common to most provincial Education Acts, those outside of the public system meet or exceed public school outcomes.

Dealing with the data provides a much more nuanced picture than is created by mere stereotyping homeschoolers – either to defend or to denigrate them. The 444 slides of data combine to show that, as adults, homeschool graduates place slightly less emphasis on credentialed education, but are just as likely as public school graduates to be employed in management positions. When it comes to their science education, they are as likely as public school graduates to trust science and its potential for helping society. Their social networks do reveal some homogenization in terms of religion, but as adults, their networks of connections with political and business leaders are more robust than those of public school graduates. And this is in spite of the fact that they report feeling a very high sense of social hostility against them.

Living in a healthy pluralistic society—shared by those of many different faiths, social visions, and educational visions—is tricky business. It requires us to understand and give place to people different than ourselves, even as we engage in legitimate argument about what the public good looks like and why we might differ with each other.

Living in a healthy pluralistic society—shared by those of many different faiths, social visions, and educational visions—is tricky business. It requires us to understand and give place to people different than ourselves, even as we engage in legitimate argument about what the public good looks like and why we might differ with each other. It appears both the Globe and Star journalists, while reporting on stories that involved homeschooled graduates, worked from a presumption about homeschooling that was less than complimentary and based on stereotype. They ignored readily available public data. It is important to remind them, even as we remind ourselves, that the test of tolerance and respect is not how we portray those who are like us, but rather how fairly we treat those who differ.

1. Full disclosure: I came to know Sam Oosterhoff over the past year as we attended the same church in Ottawa while Sam was working as a legislative assistant. Whatever homeschooling program was utilized, I can attest that Sam is well and widely read in philosophy, theology, and politics generally.?