The latest work by Ottawa author Larry McCloskey, Inarticulate Speech of the Heart, reminds me of a thread with many strands. In roughly 200 pages, the author begins to explore questions of spirituality, the heart, disability, postsecondary education, and lives spent traveling off beaten paths – if not at society’s margins.

Many of the stories McCloskey recounts come from his experience as an orderly in a rehab facility, followed by over 35 years directing the Paul Menton Centre, the office responsible for disability accommodations in academics at Ottawa’s Carleton University. As an alumna who attended Carleton because of its unique provisions for disabled students, a Catholic who searches for God’s hand in the everyday, and a human being at times too focused on the movements of my own sensitive heart, any of those strands could have led me to this book.

Yet the glaring differences between our perspectives stood out first. Much has changed between the 1970s and my experience of accessible higher education and disability advocacy in the 2010s. The Carleton University/Algonquin College attendant program, providing 24/7 support for disabled students to live in residence, is still the only one of its kind. I was delighted to learn about the students and staff who paved the way for me. Institutional history is hard to find in the moment when one spends five years writing papers.

At times, though, McCloskey’s various positions – a nondisabled professional, observer of bodily and interior states not his own, and someone fascinated by thinkers who no longer seem to captivate the public imagination – proved challenging to read. Then there are explanations such as this one on page 41 that too easily blur the line between reality and spectacle, perhaps prompting relief that the reader does not have disabilities herself.

“Paraplegics manually propel their own lightweight wheelchairs; have bowel, bladder, and sexual function; transfer themselves; and otherwise live independent lives,” McCloskey says. “Quadriplegics likely require lifetime personal attendants; may need to be turned at night to prevent bedsores; may need assistance eating, dressing, and transferring; and for mobility they use an electric wheelchair….Quadriplegics are difficult to turn, move, and transfer and, given an enforced life of inactivity, are prone to put on weight, to add insult to spinal cord injury.”

The medicalized term for these everyday occurrences is Activities of Daily Living. I will admit it’s my personal bugbear. Therapeutic language does not reflect my daily life. I don't perform “toileting” activities. I do what every other human being does. I don't “have meaningful interactions with my peers.” I spend time with my friends. Although this book and I did not start off on the right foot, the image I kept returning to was an oyster. Are not pearls ready to be discovered after the oyster is, well, irritated?

The first of these pearls are spiritual insights.The author is at his best when he delivers brief nuggets of his own wisdom, rather than dueling with the likes of Richard Dawkins. 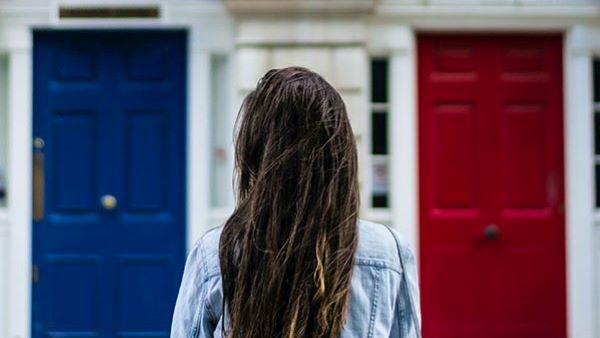 “Meaning…exists in doing what must be done for whomever God places in our path, and the responsibility for that encounter never fully ends.”

Therapeutic language does not reflect my daily life. I don't perform “toileting” activities. I do what every other human being does.

Or, inspired by David Bentley Hart: “I suspect that faith has much to do with the marriage of childhood wonder to the wisdom of the ages.”

McCloskey advises readers to “embrace wonder, practice openness, search for wisdom, and refuse to grow up.” The conclusion McCloskey reaches, though, differs substantially from my own.

“[We,] in relation to each other, are as close as any one of us gets in this life to a personal God,” he writes. “God is literally whomever God places in our path, and we are alone in order to learn how not to be. Life’s purpose comes down to making connection with others, with God. Turns out they are the same thing.”

McCloskey learned from young men and women who – like anyone else – long to be desired, known, loved, included, and to make an impact on the world. The best way to summarize some of their stories seems to be to intersperse them with bits of mine:

Soon after Paul became disabled, his two brothers decided to take a road trip with him. Their journey began in eastern Ontario, and ended at the Pacific Ocean to the west. Traveling (and sleeping, cramped) in a van whose brakes they could not afford to fix, transporting belongings and supplies, finding meals and bathrooms, transfers into and out of Paul’s wheelchair, “negotiating a million unforeseen obstacles and impossible barriers” was all described years later as “no big deal.”

In other words, it’s just “what you do” when you love someone and want them to be part of your life. I choked up as I took notes on this part, and the names of a few dear friends spilled onto the page. A cross-country road trip is not my idea of fun, but I am incredibly grateful for those who would go to similar lengths to share their lives with me. For them, my participation is not to be questioned, or called burdensome. It’s a given, and they will help to ensure that I am on equal footing with any other human being who seeks adventure.

Like many modern works, this book requires openness – a quality McCloskey himself values, and tries to cultivate.

Like many modern works, this book requires openness – a quality McCloskey himself values, and tries to cultivate. Readers must be willing to take in what makes sense to them, and leave what does not. If you truly try to engage with the stories it contains, you just might be rewarded with deeper insights –into your own heart and those of fellow travelers.

Photo by  Josh Appel on Unsplash.com

Bill C-7’s expansion of medical aid in dying encodes into law discrimination against disabled Canadians by treating them as less worthy of life than the able-bodied, Keith Dow writes.