There is something satisfying about a page of text marked up in a sea of red—of course it helps when you're on the right side of it. I've been on the giving and the receiving end of vicious necessary edits, but editing is a real part of the writing process that many who pick up a newspaper, peruse a novel, or even read this blog might not realize. The truth is, the pages in front of you are most likely different—sometimes drastically—from what that little name on the cover or the top of the page intended.

I can still recall a visceral outrage at my Dad's indecipherable scribbles on my primary school essays as he moved paragraphs around and suggested new words. He actually took the time to give the rationale for all his choices, but an indignant voice told my 12-year-old self: "He is throwing a rock through a stained-glass window." I'm sure my page-long book report on Prince Caspian was no such thing, but it was hard to humble myself and make the changes. Yet when I think back to his work and the work of all those who have edited my papers since, I realize a certain indebtedness.

I thought of such editorial indebtedness a lot this year during a course on the making of T.S. Eliot's modernist epic, The Waste Land. The poem—a product of an intense collaboration between T.S. Eliot and Ezra Pound—makes for an interesting case study in the relationship between an editor-patron and a poet, since the fair copy drafts with Pound's edits have been preserved. 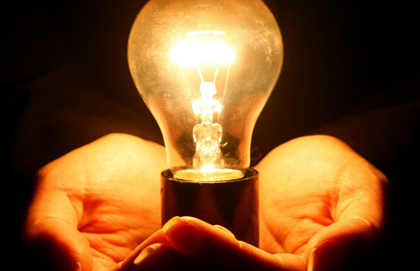 The Imagination: Free, but Everywhere in Chains
Walking Away From Omelas

Now many people's views of poets, I would hazard, have largely been shaped by the Romantics, perhaps unwittingly so. Wordsworth, who suggested that poetry was a "spontaneous overflow of powerful feelings," and Keats, who wrote, "if Poetry come not as naturally as leaves to a tree it had better not come at all," have both conjured up the idea of the writer as a solitary outsider with extraordinary vision. Yet every vision requires revision … and then more revision. Arguably, modernists like Eliot and Pound also thought poetry came naturally, but more like a childbirth: painful, difficult, and time-consuming.

The Waste Land drafts bring to life the push and pull of the editor-writer relationship. Pound's heavy red pencil almost tears the page at points, reminding Eliot to avoid an overuse of the word perhaps: "Perhaps be damned!" he scolds. After telling Eliot to avoid all the "Bull—t," he goes on to write pejorative comments in playful bouts of free verse. What is remarkable is that Eliot, at this point quite a capable and recognized poet in avante circles, allows Pound to excise hundreds of lines from the poem, making the final version a largely different product than Eliot presumably intended. Not many know that throughout the making, the poem was entitled "He do the Police in Different Voices," and included lengthy passages about a drunken night in St. Louis and of a Ulyssean sea voyage to the Arctic, all of which became scraps on the cutting room floor.

The Waste Land is one interesting example of patronage, a concept that receives insightful treatment in the latest Comment magazine. Today Eliot stands as a giant in the Western literary canon, but the cultural artifact tha is The Waste Land is really the product of Pound's editing as much as Eliot's individual talent. While it might be easy to think of Patronage as simply a one-way exchange of money, Pound's work shows the level that an engaged patron has, not only in cultural promotion, but in its very creation.

The Imagination: Free, but Everywhere in Chains

How do most North Koreans not see past such nonsense? Well, perhaps like all of us, they know what they know and can only imagine within the limits placed upon their imaginations While North Korea might be that reality most of us suppress into some dark realm of our subconscious, it bears a reminder...