Canada has been transformed in the 50 years since Canada’s 1967 Centennial. For some, the change shows we are now what history always meant us to be. But contrary voices have been to argue that we have, in fact, been cut off from our national origins, and natural development, by calculated ideological schemes. Over the next while, Convivium will present some of those arguments to counterbalance the “destiny’s child” consensus. Today, John Robson contends history had nothing to do with us being here.

Are we there yet? In Canada’s sesquicentennial year, many people say emphatically yes. All is finally right with the world, or at least with Canada, which is good enough. After a brief inexplicable period of Tory darkness this country, with a shimmering new Trudeau back in 24 Sussex and social progressivism triumphant, is exactly as history always intended.

The incoming Prime Minister captured this feeling of the inevitable unfolding of our glorious destiny with his flippant defence of a 50 per cent gender quota in cabinet: “Because it’s 2015.” The non sequitur, The Toronto Star said, earned Trudeau “world praise.”

This theory of inevitable progress is a dangerous absurdity in any number of ways. In G. K. Chesterton’s words: “It does not stir people into any very bustling activity on the staircase to tell them it is a moving staircase.”

But let us, for now, concentrate on the absurdity of arguing that Canada today is exactly where it was obviously always headed.

Doug Saunders wrote in The Globe and Mail recently that, “to look back from Canada’s 150th year is to realize that this feeling [that history began in 1967, the year he was born] is not just solipsism: 1967 is the hinge upon which modern Canadian history turns and, in certain respects, the key to understanding the challenges of the next half-century. Today, we live in the country shaped by the decisions and transformations of 1967, far more than by the events of 1867.”

Now, this analysis rather casually brushes away two World Wars, limited government under the Parliamentary system, and a struggle for liberty going back at least to Magna Carta. In doing so, it risks knocking out the foundations of the successful country on which the social engineers went to work in those heady hippie days. Yet Saunders at least seems to be arguing that, “Canada’s hundredth [anniversary] was a very real bid to create an almost entirely new country, and, to a large extent, it succeeded.”

In G. K. Chesterton’s words: “It does not stir people into any very bustling activity on the staircase to tell them it is a moving staircase.”
Related Stories 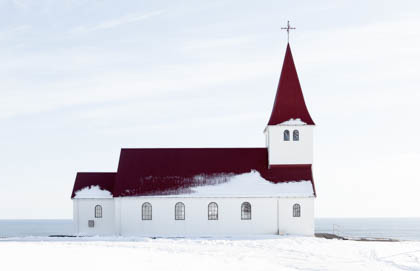 Small Talk
Walking Home
A Song of Ascents: A Report from the Faith in Canada 150 Millennial Summit

In his view, rightly so and high time, as the Canada “of a few years before 1967” was “still colonial, closed, dependent, paternalistic and pretending to be homogeneous, a place whose sleepy streets you’d have to leave if you wanted to make something of yourself.”

Yet he immediately claims that Canada’s transformation into a place that’s actually cool and worth inhabiting was not the result of “political decisions, parliamentary votes, court rulings and Royal Commissions…” Rather, “the explosions of official novelty that were launched in and around 1967 weren’t a cause; they were an effect of the profound changes that had taken place in Canadians themselves during the two decades after the war… Canada was not remade by the decisions of 1967; it was reflected by them, for the first time.”

Thus, in an odd paradox noted in my documentaries on our Constitution and our right to self-defence, those who welcome the new, improved Canada do not acknowledge and reject our past. Instead, they claim for us a different heritage. Individual rights, for example, apparently did not exist before Trudeau Sr. Yet they were somehow organically implicit in that dreary past, striving to be born in reaction to its petty mediocrity. It seems rather like having one’s Centennial cake and throwing it away, too.

Recently in Britain’s The Guardian newspaper, Order of Canada author Charles Foran wrote an article using the word “settlers” for all “Canadians who are not indigenous to the land. “Canadians, by and large,” Foran said, “are also philosophically predisposed to an openness that others find bewildering, even reckless. Prime Minister Justin Trudeau articulated this when he told the New York Times Magazine that Canada could be the “first post-national state.”

And though we lack even the vocabulary to articulate this insight, he says, “the principle feels right. Odd as it may seem, Canada may finally be owning our post-nationalism.”

Why “finally”? Quite simple. We were always secretly postmodern even within our stifling cocoon of patriarchal, colonial repression. Hence “post-nationalism is a frame to understand our ongoing experiment in filling a vast yet unified geographic space with the diversity of the world. It is also a half-century old intellectual project, born of the country’s awakening from colonial slumber.”

Aha! The real, neo-mega-nonexistent Canada was there all along, just asleep after biting a poisoned apple in 1215 or some such.

Whether they have or not, the “new Canada” that emerged with enormous state prodding after 1967 is the result of deliberate choices to break with our heritage, not the inexorable fulfilment of our destiny.

It is not a coherent vision. But its adherents make up in smugness what they lack in rigour. Foran, for instance, believes John Ralston Saul “expanded on” Marshall McLuhan’s thinking before insisting that “Canada has had the history, philosophy and possibly the physical space to do some of that necessary thinking about how to build societies differently.”

In fact, one of Doug Saunders’ arguments was right. The new Canada is not an organic creation from the old. It depended on a series of deliberate, radical policy choices to downgrade our military commitment to defence of the West, dramatically expand government elsewhere, and bring in hitherto unknown collective rights.

Perhaps it was all for the best. Perhaps our prior success was a curious accident. But if you go back to 1867 and our founding debates, you see liberty praised on every side as the essence of our identity. It was on liberty that we built a flourishing nation, including under Sir Wilfrid Laurier, an impassioned advocate of low taxes and free trade who uttered the immortal phrase: “Canada is free, and freedom is its nationality.”

It is a very real possibility that in the past half-century grandiose political dreamers have been eating the seed corn, achieving apparently remarkable results by using up cultural capital they did not merely deplete, but deliberately failed to replenish because they found it stuffy, boring and repressive. But whether they have or not, the “new Canada” that emerged with enormous state prodding after 1967 is the result of deliberate choices to break with our heritage, not the inexorable fulfilment of our destiny.

History did not plan for us to be here, and we must take responsibility for it ourselves.

John Robson is a documentary film-maker, columnist with the National Post, commentator-at-large for News Talk Radio 580 CFRA in Ottawa and an Invited Professor at the University of Ottawa. He holds a PhD in American history from the University of Texas at Austin. You can see his work at www.johnrobson.ca

An eclectic roundup of incidents, events and oddities that catch our editor's eye.

Himy Syed has been involved in Jane’s Walks since its beginning in 2007. This December he led a public walk on the history of Muslims in Toronto.