No one can ever accuse Father Raymond J. de Souza of being a member of any Jack Layton fan club. From his remarkably harsh column in the National Post on Layton's funeral to his comments on Layton in the first issue of Convivium (October 2011), there is a definite lack of ambiguity in the arguably hostile caricaturing of Layton's life and death.

I am sure that Layton knew that his salvation, and his place in eternity, were well beyond the power of politics to grant. One can believe passionately in the power of democratic politics, properly inspired, to bring about a more just world without believing that politics is all there is. Indeed, believing that the God who has such saving power wants us to care about the world He loves may well incline those who have political gifts to spend their life in politics.

My primary counterpoint is directed toward the claim, made in both the National Post column and in Convivium, that by defeating me for the leadership of the NDP in 2003, Layton defeated not only Bill Blaikie "but the social gospel roots the ordained minister represented," a tradition "that Layton did much to vanquish." His victory over me was, so the claim goes, a victory for "the hard left politics of the urban core" and for "secular libertinism."

At the outset, I would argue that the social gospel tradition is and always will be bigger and more complex than any one person who comes to be prominently associated with it. 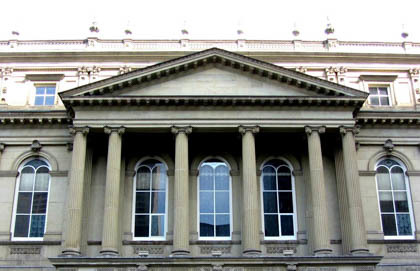 Diversity in the Courts a Win for Canadians
"Ring of Fire" Re-Kindling Northern Challenges
Does Canada have Social Conservatives?

Needless to say, I would be horrified to think—if I thought it was true—that I had put the whole social gospel tradition on the line when I decided to run for the leadership of the NDP. On the other hand, I was horrified, or at least felt somewhat ambushed, to read in the same issue of Convivium in which I had been asked to write about the continuing existence of an authentically Christian politics on the Canadian left, that the very thing I was asked to write about was declared defeated and vanquished and that my losing the NDP leadership in 2003 was a turning point in the narrative. I beg to differ.

If my social gospel prairie image was a liability in 2002-2003, when I was competing against Layton for the NDP leadership, it was not discernible amidst a number of real liabilities that I had to deal with. My approach to issues such as the Clarity Bill, the long-gun registry, defence spending, the Middle East, and my role in defeating the New Politics Initiative at the 2001 convention, all played a part in my defeat, even with many in the social gospel tradition of the party. Along with a general desire on the part of many to move beyond an era in which I had been visible throughout (even if I had never been in charge) and the role that Ed Broadbent played in giving Layton a very significant blessing that was pressed to full advantage, there is little room for arguing, beyond wishful thinking, that the social gospel tradition was defeated in 2003.

On matters central to the social gospel, such as the moral and spiritual inadequacies of capitalism and particularly free market fundamentalism, and the gross inequalities of the human condition produced by the same, there was unity among the candidates in 2003. One of those candidates, Joe Comartin, an active and devout Roman Catholic, went on with me and other MPs such as Tony Martin and Charlie Angus, who were also active Roman Catholics, to start the process that led to the formation of the Faith and Social Justice Commission of the NDP, something Jack Layton affirmed and encouraged, as I mentioned in the October article.

If anything, the relationship between faith and the advocacy of social and economic justice beyond what the market can deliver, or faith and left-wing politics, is more visible and affirmed within the party than at any time in recent NDP history. That this is not widely known has a lot to do with the persistence of the media in stereotyping the relationship between religion and politics as almost always on the political right. Prime Minister Harper knows better. Look what he was willing to do in order to weaken KAIROS, the ecumenical justice coalition that takes issue with so many of his policies.

Convivium should avoid falling into a related trap by avoiding premature obituaries.

Diversity in the Courts a Win for Canadians

The appointment has garnered critical attention because Justice Miller holds views that don’t align with decisions of the current Supreme Court Most prominently, Miller holds to the legal philosophy of originalism and has criticised the current interpretation of Section 7 of the Charter of Rights, w...