Son: What are you doing?

Dad: I'm writing a cheque to your after-school program.

Dad: Because you stay at school a little late one day each week.

Son: But why are you writing a cheque?

Dad: Well, does Brittany supervise the after-school program for fun or because it's her job?

Dad: Right, and when somebody does a job, do we pay them or not pay them?

Dad: That's right. Because what do we call it when somebody does a job but doesn't get paid for it?

Dad: It starts with an s.

Dad: And is slavery good or bad?

Son: The big man in the chair said, “No more slaves!”

Dad: He sure did. [Brief pause]

Son: You know, sometimes I can't tell the difference between being a slave and being a kid.

Son: Yes. Because I always have to do everything that you and Mom tell me to do.

Son: And that makes me feel like a slave. 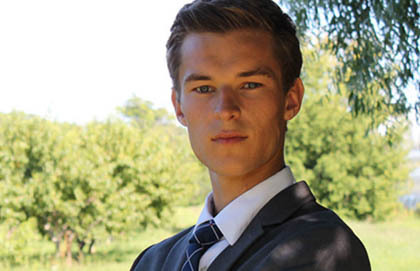 Dad: Does it now? Do you really not know the difference between a slave and a kid?

Dad: Thats right. I mean, sometimes people choose to free their slaves. But most of the time, people who have slaves make them stay slaves.

Dad: Now, do kids stay kids or do they stop being kids some time?

Son: They stop. They get bigger.

Dad: That's right. Now, do you know what your mom and dad's job is?

Dad: That's right. And to help you learn. To teach you to read and to write. And help you become a good person. That way when you're grown up and get to make your own decisions, hopefully you'll make good ones.

Dad: Now I have a question for you. Who do you think pays Mom and Dad for doing that job?

Dad: Do you think that anybody pays Mom and Dad for taking care of you?

Son: I don't know if anybody pays you!

Dad: Trust me. Nobody pays us.

Dad: Now remind me: What do we call someone who does a job but doesn't get paid for doing it?

Dad: That's okay. Taking care of you isn't really a job, is it?

Dad: It's something that we have to do, even though we don't get paid for it. Do you know what that kind of thing is called? It starts with an r.

Dad: No. But that's funny. No, it's called a responsibility.

Dad: And it's your responsibility to do what Mom and Dad tell you to do now, so that you'll be able to take responsibility for yourself when you're older.

Son: Well, I still wish I got paid.

Dad: You do, do you? …Well, then what do you think your allowance is?

Son: It's not enough.

In Grade 2, I was the founder and president of a very elite Spice Girls club. Our club sang songs and made up dance routines at recess. We bought trading cards and lollipops, each of us pretending to be a different Spice Girl. One day, we even performed their hit song "Stop" at a class talent show. At home, my brother Matthew would choreograph dances to Michael Jackson songs and ask the rest of the family to form an audience in our basement. We had plans to open our own studio, where we would share our expertise with our friends. For a price, they could take singing and dancing lessons from us, two self-proclaimed masters, both under the age of 10. We never thought we would fail; we were sure that we would be a big hit in the neighbourhood, our business plan infallible. After all, if you work hard and don’t give up, you can do anything you want, right? Well, Charlie Brown may have a different view on things.

Luke Epplin talks about the "cult of self-esteem," which espouses the notion that younger generations have been brought up to think that absolutely anything is possible. He argues that this message is manifest in recent children’s films where "following one’s dreams necessarily entails the pursuit of the extraordinary. The protagonists sneer at the mundane, repetitive work performed by their unimaginative peers.... Their attitudes are all part of an ethos that privileges self-fulfillment over the communal good.... [The characters] are, in many ways, the perfect role models for a generation weaned on instant gratification." The powerful messages of overcoming adversity and working towards one’s dreams are tarnished by an unhealthy and unrealistic perception of failure. Epplin contrasts this to Charlie Brown, where failure is a recurring theme. Rather than accomplishing extraordinary feats, he often fails and learns that life still goes on and that the people in his life still hold him in the same regard. He’s a good man, that Charlie Brown.

My parents were encouraging, and they had us in dance classes and singing lessons, but they certainly weren’t in any rush to turn our basement into a small business empire. They knew that this dream was just that, an unrealistic dream that kept us playing and planning until dinner was ready. Like Charlie Brown and his friends, we had to figure out that failure offered small but important rewards and that it was up to us to muster the awareness of what we should value: persistence, collaboration, clear thinking. See, Charlie Brown was resilient; failure to him just meant try again.

Today, in many families, self-esteem has become a prestigious commodity of sorts that parents buy in the form of ongoing training and coaching for their children. In fact, self-esteem is gently and slowly formed by persisting over a long period of time at one thing, not from reading off a litany of skills one learned here or there. Self-esteem develops from getting to know oneself, getting to like oneself, warts and all. This introspection leads to patience, tolerance and, dare we say, empathy.

There will always be extraordinary achievers, but those who accomplish such heights of success need sometimes serve only as heroes or models; from a Divine perspective, more and better is not mutually exclusive to mundane and ordinary. The challenge for us is to accept the dichotomous nature of perfection, even if it means that I never quite reach superstardom and Charlie Brown never manages to kick that football.

Brown had slotted in former MP Rick Dykstra for the party nomination, his friend from Ottawa days whom he had installed as president of the PC Party of Ontario A young, socially conservative outsider taking on the party establishment? Shouldn’t Brown have loved Oosterhoff? ...