Readers know of my great admiration for the first family of Canadian Catholicism, the Vaniers. I have written often about Georges and Pauline and most recently in Convivium about their son Jean on the occasion of his death last May. All of it has been laudatory.

The revelations that Jean Vanier, for at least thirty-five years, was engaged in sexual misconduct – coercive and manipulative – with at least six women were therefore completely unbelievable to me, except that they are true. It is devastating to know that he did such great harm to those women. I would prefer not to know, except that the only remedy for long term deceit is the truth. Justice certainly demands that the exploited women are told the truth. The truth, though, is a burden of its own.

We published here a column by Brett Fawcett that largely captured my thoughts. I would like to explore further, though, the question he poses there:

[Vanier’s] sins seem to discredit his entire thought and, with it, his entire work. How can we take his spiritual counsel seriously when we see what he used his spiritual counsel for behind closed doors? How can we hear his words about community being a place where we lower our walls and share with each other when we know how he invaded other people’s intimacy under the guise of mentorship? To think of the multitudes of people living in L’Arche—those innocent, childlike people, blissfully unaware of Vanier and his crimes—who now unwittingly exist in the shadow of these findings is sickening.

Of course, without Vanier those multitudes of people would be living without L’Arche, where their innocent and childlike characters are loved and honoured. The good that Vanier did is not simply a series of deeds in the past that can be simply left there, to be condemned or ignored. The good he did lives still, and many lives and much happiness depend upon it.

Fawcett knows as much, and knows that the sacred Scriptures know well of this problem, whether it be King David or the apostles:

It may be hard to see how someone could be predatory and yet teach so beautifully about Christ. Yet we should remember the prophet Balaam from the Book of Numbers, who set out to curse Israel and who managed to successfully corrupt them, and yet who was so filled with the Spirit of God that, almost unwillingly, he pronounced blessings on God’s people that resonate throughout salvation history. How such darkness and such light could flow from the same mouth will always be a mystery to us.

A mystery to be sure, but also a challenge. How do we deal with the latterly revealed corruptions of public figures?

The good that Vanier did is not simply a series of deeds in the past that can be simply left there, to be condemned or ignored.

I suppose the best-known example is Martin Luther King, Jr. The revelations of his serial adultery do not seem to have damaged his public standing as a civil rights leader. The monuments stand, the American holiday is observed. His sinfulness may be why he is remembered more as a political figure – Dr. King – rather than the Baptist minister – Reverend King – that he was. The private corruption is set apart from his public life.

What about the public acts of public figures which are now appraised differently? That is more confusing ground.

There is Sir John A. Macdonald and the question of his aboriginal policies, which were in important ways quite admirable but also included the residential school system. What should be emphasized?

At Victoria’s City Hall his statue has been removed, but elsewhere that course of action has not been followed. Prime Minister Justin Trudeau did strip the name of Hector-Louis Langevin from his offices for his role in designing the residential school system. 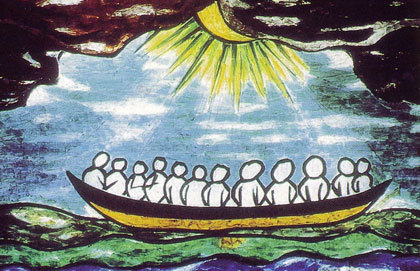 It seems though that there is a consensus that honours are not stripped for past political positions. There is no chance that Wilfrid Laurier, who increased ten-fold the Chinese head tax, or the Famous Five suffragettes, who endorsed racial eugenics, will see their public honours removed.

Cultural figures are more complicated. In the 1980s Bill Cosby was arguably the most well-known man on the planet – save for those who are famous due to office, a pope or queen or president. He was also one of the most admired, a wholesome comedian who spoke of the virtues of family life, exhorting young black men to aspire to be good fathers and not emulate gangsters.

His convictions for sexual assault are only one part of a pattern of drugging women and then molesting them. They remain the biggest of all sexual abuse scandals. The world’s most admired advocate for family life turned out to be a sexual predator.

Reruns of The Cosby Show are no longer aired and various honours he had been awarded have been rescinded. Should people no longer watch his shows, or listen to his comedy recordings? I still watch The Cosby Show, but others cannot bear to do so. I think of Cosby there as an actor playing a role; others understandably argue that Cosby is actually playing himself so there is no real distinction.

Art does seem to be different. A production, a play, a symphony, a painting, always has a life of its own, distinct from its author. A novel belongs to the readers who interpret it as much as it does to the novelist. And so one can enjoy a symphony without implicitly endorsing the corruptions of its composer. Indeed, the history of artistic masters doing beastly things is very long indeed.

Perhaps we are to marvel that God chose an instrument grievously flawed to accomplish the mission that is L’Arche. It would not be the first time.

Vanier belongs to a different category, that of a founder and father of a spiritual family. It is possible to throw out the Cosby videos, or to set aside a particular symphony. One cannot set aside L’Arche and the manifest good accomplished there.

One cannot unlearn spiritual lessons that he taught or cancel the inspiration he planted in so many souls. One cannot set aside the truth about God and man, and Vanier taught a great deal of that truth for a very long time. All of that remains valid, because the truth remains valid.

There are some who will not be able to read Vanier again; there are others who cannot not read Vanier, for his words are a light and remain so. For private individuals the choice need not be anything more than a private choice. But for our common life? Should religious communities nurtured by Vanier’s guidance on communal life set aside the books which have helped them? Should Vanier’s courage in finding a new way to live with the disabled be excised from school curricula?

And then there is the question of how his fellow Christians should look upon Vanier, precisely as a fellow disciple.

Charles Lewis wrote a column that gave voice to the righteous anger that abounds concerning Vanier: “Shame on Jean Vanier and shame on all those who have betrayed us. We are better than you.”

I am not sure about that. I have not sexually exploited women like Vanier did. But neither have I improved the lives and happiness of desperate souls by the tens of thousands, nor inspired millions to grow closer to God. Then again, I have not shattered the ideals of those I inspired. But on balance, I think I am not better than Jean Vanier.

Such utilitarian calculus is alien to the Gospel, I readily concede. Perhaps we are to marvel that God chose an instrument grievously flawed to accomplish the mission that is L’Arche. It would not be the first time.

“If this man is not a saint then who is?” Lewis recalls writing in previous years.

He was certainly saintly. Lewis was not wrong about that. Thus we are left with so many questions.

That might be the most frightening question of all.

Photo by Catholic Church of England and Wales via Flickr.