NEW YORK – Father Richard John Neuhaus died ten years ago here in his beloved New York, on January 8, 2009. His friends and colleagues gathered on Tuesday for a memorial Mass. At the reception afterwards, we traded stories and memories of a man important to me personally – and to the coming to be of Convivium.

Here and here are reflections I wrote when he died.

Regarding his role in the founding of Convivium, I wrote about that in our May 2012 print edition, our second full issue:

Born in the Ottawa Valley, Father Neuhaus made his life in New York. But he kept an eye on what was going on in Canada and saw a need for the project that we are launching. Father Neuhaus was an important figure in my life, and our last long conversation, in December 2008, was about this proposal for a new Canadian magazine on faith in our common life.

Father Neuhaus was enormously supportive. I supposed that he would be, for he had given the professional energies of almost his entire adult life to magazines – reading them in great number, writing for them, editing them, and in the case of the crown of his life’s work, First Things, founding them. …

“Raymond, if you want to advance an idea, write a book,” Father Neuhaus told me on that December evening. “But if you want to change a culture, you need a magazine. Because magazines are literally periodical, they create an ongoing community – readers, writers, editors, benefactors. And only communities can change cultures.” …

Our name is an homage to him and his work. I first met him in 1994, when I was a student in the annual seminar he taught in Kraków, Poland, together with Michael Novak, George Weigel and Russell Hittinger. Over the years he was gracious enough to make time for me as a young student and then a seminarian. We became friends, and when I was ordained a priest in 2002, he was kind enough to come to Kingston and preach the homily at my first Mass. In 2009, when he died, the circle turned, and I preached the homily at his funeral Mass.

It was from that homily – entitled “Patriarch at the Great Convivium” – that the title of our magazine came. The preaching text was subsequently published in First Things. Herewith the part about “convivium”:

“Raymond, if you want to advance an idea, write a book,” Father Neuhaus told me on that December evening. “But if you want to change a culture, you need a magazine. 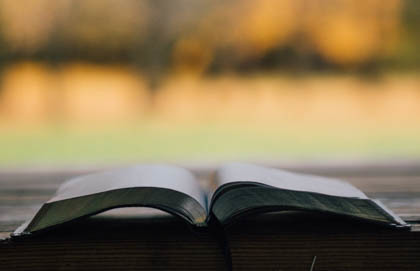 In our first reading the prophet Isaiah has a vision of the Lord’s celestial mountain. In the translation we used we hear of a “feast”. … In the Latin Vulgate, the word used is “convivium”. “Convivium” might just have been Father Richard’s favourite word. There are other candidates – “winsome” and “egregious” come to mind – but he loved that word, “convivium”. He was the only one I knew who used it in ordinary conversation, but of course, his conversations were rarely ordinary.

“Convivium” strictly means “to live together” but it connotes a banquet or feast, indicating that a certain supply of rich food and fine wine are, if not required, at least desired. Isaiah says nothing about cigars. But then Father Richard was not a sola scriptura man. Convivium is an essential part of the Christian life. We are not meant to be disciples alone. Convivium is what Father Richard created over his whole life, delighting in the company of others and the delightful things the Lord had made. He drew people together who might not otherwise meet – Christians and Jews, Evangelicals and Catholics, Canadians and Americans, clergy and laity, theologians and journalists, entrepreneurs and evangelists, distinguished authors and aspiring writers.

He brought us all together for a purpose. A good meal, a fine cigar or two, a stiff drink or three, and sparkling conversation for several hours were good in themselves, but they were so much better when put to the service of Christ and His Church.

This past Tuesday, for the 10th anniversary Mass, the homily was preached by Father Vincent Druding, a young man from Indiana who came to New York to work at First Things in 2001 – his first day on the job was 9/11 – and stayed, entering the seminary. He would be ordained just a few months after Fr. Richard died. His preaching brought to mind many warm memories. All of us smiled in recognition when Fr. Vince mentioned that Fr. Richard used to lapse into preaching – complete with the cadences he learned at the black parish in Brooklyn he served as a Lutheran pastor in the 1970s – around the dinner table.

“He was moved by his own words,” Fr. Vince recalled about one memorable occasion. And it was true. Fr. Richard would often hold forth at the table or elsewhere, for he was a formidable conversationalist. But at times the Spirit would move him, and a conversation would shift into the homiletic mode, and he would speak about the Lord’s coming in glory, or the “utterly promiscuous” love of God, or the shocking mercy that He revealed to us.

He was moved – even at his own words – because he never lost his awe at the “high adventure” of being a Christian disciple, which was life lived fully in response to the astonishing adventure of a God who would join us in history. He would preach about that with great power in the pulpit, but also amongst his friends. And why not? He was a master wordsmith, and the greatest subject was the Word. Why reserve it only to his professional, as it were, duties?

That is the memory, and the lesson, that the 10th anniversary gathering this week made fresh in my mind. Of his many gifts, one most distinctive was Fr. Richard’s ease about speaking about the glory of the Lord in everyday conversation. How rare that is among Christian disciples, including – or even perhaps especially – the clergy. The more common practice is to reserve “church talk” for church. I recall one of Fr. Richard’s fellow New York priests speaking about a certain bishop, noting that “he was delightful in conversation, as long as you did not want to speak about religion.” I have known one or two that would fit that description too. But the description fits most of us to be honest, at least most of the time.

But Fr. Richard was most comfortable speaking about what was most important. We named the magazine Convivium inspired by him, and we had a section, “Small Talk,” which tried to imitate his back-of-the-book section of short items in First Things – a feature so popular that many read his magazine back to front. But one thing Fr. Richard rarely did in conversation was actual small talk. He did not want to speak about the weather or the traffic, or about the frustrations of getting an appliance repaired. Not that he only concerned himself only with weighty matters. “Everything is interesting if you think about it long enough,” he would instruct us.

But not everything is equally interesting, and why waste that most precious of things – time spent in conversation – on trivialities? How much better to speak about first things, and last things, and enduring things, even eternal things. And if that meant interrupting a leisurely meal to preach for a little bit about the glory of the Lord who loves us and redeems us and calls us to beatitude, isn’t that what our convivium here is for? All disciples of Jesus know that our convivium below is meant to be a foretaste of that great convivium of all the blessed in heaven. It was just that Fr. Richard was not shy about saying it. He delighted in saying it. And we pray now, as we did 10 years ago, that he is enjoying that great convivium where the subject is – to the delight of all and the embarrassment of none – the glory of the thrice-holy Lord God of hosts.

Our editor-in-chief takes Convivium's message on the road, and wonders why we still cheer the Charter.

Something Beautiful for God

In Randy Boyagoda's new biography of First Things founder Father Richard John Neuhaus, reviewer Daniel Bezalel Richardsen finds a fitting tribute to one who spent his days pondering the follies of the world and the Church while turning out 10,000 words for his monthly magazine

Randy Boyagoda on how Father Richard John Neuhaus moved the world with magazines.