I must confess that I’m a relatively new reader of Mary Oliver’s poems and essays. In fact, it was only four years ago that I first began to include selections of her work in a first-year literature survey that I teach. Two pressing concerns then shaped my revision of this course: first, our responsibility in the arts and humanities to complement the sciences in encouraging Christians toward greater environmental stewardship; second, our calling in the arts and humanities to offset the negative effects of digital distractions by developing habits of attentiveness. No contemporary writer better exemplifies this dual outcome—learning to read and to regard words and world responsibly—than Mary Oliver.

It is tempting to reduce Oliver’s poetry and prose to bumper stickers and hashtags for the ecologically-minded English major. “The world, without us, is the real poem.” “Ah, world, what lessons you prepare for us.” “My work is loving the world.” “Poetry is a life-cherishing force.” But Oliver’s writing demands a way of reading and regarding that cannot be reduced to a memorable phrase or an occasional poem in an anthology. We should be reading Oliver in the same spirit that she wrote: intentionally, thoughtfully, carefully, even prayerfully. For this reason, I especially love The Leaf and the Cloud (2000), a long poem in seven movements, each of which draws me into the moments and into the spaces in which it lingers. The first poem, “Flare”, is at once uncertain, apprehensive, and yet hopeful for what’s to come. The final poem, “Evening Star”, has settled into an uneasy acceptance of both the majesty and the mystery of everything.

on the screen door,

It is equally true of each of the poems in the seven-part The Leaf and the Cloud as it is of the rest of Oliver’s work: she shows us what to see, how to see it, and why seeing transforms us.

What. What we see in the poems are particulars that reveal universals. The titles of many of the poems simply name the flower or animal that Oliver invites us to see. It is more than naming the species, however. In “Owls” (1995) Oliver wants us to see this specific great horned owl at Round Pond in Province Lands, Cape Cod. The protagonist of “Swoon” (1999) is not just any old spider, but a female Parasteatoda tepidariorum in the “corner of the stairwell of this rented house”.

How. Oliver asks us to regard closely what the Medieval philosophers referred to as haeccity or “this-ness”. It is also what Gerard Manley Hopkins called inscape: the particular nature of a thing that discloses its essence. It is a testament to Oliver’s respect for the integrity of living things that she so effectively uncovers the unique qualities of each. The sparseness of Oliver’s description—no “laces of elaboration, puffed sleeves” (“Everything”, 2005)—comes from her conviction that the object of her observation is as much a subject, with its own soul, that observes her. The cardinal sin of poetry is for language to cover rather than discover or uncover, but Oliver respects each living thing so as to give it its due.

Why. Seeing the natural world in this way changes our relationship with it. In “Wild Geese” (1986), the world welcomes us into an inclusive relationship:

Whoever you are, no matter how lonely,

the world offers itself to your imagination,

calls to you like the wild geese, harsh and exciting—

over and over announcing your place

in the family of things.

Glimpses of the truly extraordinary dispel all pretense of mastery over nature, as when live sand eels spill out of the stomach of a dead bluefish: “So quickly, without a moment’s warning, does the miraculous swerve and point to us, demanding that we be its willing servant” (Blue Pastures, 1995). Oliver reorients us toward “the sense of ever-ness”: “Something is wrong, I know it, if I don’t keep my attention on eternity. May I be the tiniest nail in the house of the universe, tiny but useful. May I stay forever in the stream. May I look down upon the windflower and the bull thistle and the coreopsis with the greatest respect” (“Upstream”, 2004). 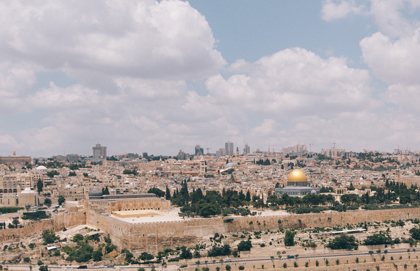 Ultimately, what I find most delightful and instructive in reading Mary Oliver is her patience. Reading the early and mid-career poems and essays, I see someone reading, regarding, and writing with a patience to discover that which eludes her. In “What is there beyond knowing” (2005), the absence of an answer leads not to skepticism or despair but quietude:

What is there beyond knowing that keeps

calling to me? I can’t

turn in any direction

If there’s a temple, I haven’t found it yet.

I simply go on drifting, in the heaven of the grass

The detail in her attention to the material world in the writing is not a denial of but yearning for the transcendent. For Oliver the “work of the poem is to transcend the ordinary instance, to establish itself on a second, metaphysical level” (“The Poet’s Voice”, 1995). Poetry “is an effort to formalize (ritualize) individual moments and the transcending effects of these moments into music that all can use” (“Pen and Paper and a Breath of Air”, 1991). To my ears, Oliver’s early and mid-career poems often read like prayers, benedictions, and doxologies, and God seems very present for her:

I don’t know exactly what a prayer is.

I do know how to pay attention, how to fall down

how to be idle and blessed

The same prayerful patience with the mysteries of God’s presence in the world is evident in the later poems, such as “On Thy Wondrous Works I Will Meditate” (2005), where confession and uncertainty jostle side-by-side:

So it is not hard to understand

where God’s body is, it is

And all the same I am still

As a writer who observed the everywhere and the everything with wonder, affirmation, and exuberance, Mary Oliver wants us to remain unsatisfied. “To pay attention, this is our endless and proper work” (“Yes! No!”, 1991). There is no time like the present to continue her life’s work of attending to “the beauty and mystery of the world, out in the fields or deep inside books” (“Staying Alive”, 1995).