The Château Laurier fight is over. The hideous extension will be built and Major’s Hill Park will be despoiled as it will now dwell in the shadow of an enormous shipping container.

Much was said, including in my column last week, about the Château Laurier. It remains astonishing that the only ones who defended the extension on the merits themselves were those being paid. What no one wants – aside from those whose support was expected anyway – will now be built on some of the most historic land in the country, in an architectural environment that ought to receive heightened protection, not less.

So let us assign responsibility. And if those guilty were not largely shameless, their culpability would make them ashamed.

First, of course, is Château owner Larco, which proposed the monstrosity and persisted over years of objections. Larco has failed as a steward of the historic building. What remains incomprehensible after all this is why Larco, which presumably purchased the Château Laurier in part due to its history, beauty and prestige, would want to deface it.

If an enterprise is desirous of owning a profitable and ugly hotel building, there are no shortage of options, including a few buildings within walking distance of the Château Laurier.

Larco already owns some ugly hotels. Why do they insist on having another one?

The profit motive cannot entirely explain that. Building ugly is likely cheaper, but may not be decisively so. Creative architectural solutions can balance profitability with beauty; in this case, Larco did not try. Over the three years of dispute, Larco only really consented to making a very tall and ugly extension into a less tall and ugly extension.

After Larco, Ottawa’s Mayor Jim Watson deserves to be held responsible. He should have stopped it when he could have and exerted some effort to enlist the cooperation of others. He did nothing and then defended himself against the charge of indolence by arguing that it was impotence instead.

What no one wants – aside from those whose support was expected anyway – will now be built on some of the most historic land in the country, in an architectural environment that ought to receive heightened protection, not less.

“People love the Château Laurier and if I own[ed] that building I wouldn’t put that addition on, but unfortunately I don’t own the building,” Watson said the decision vote at council this week.

“The city doesn’t own the building. It’s owned by private property owners, and at the end of the day they do have right to choose the design and style that they want for their building.” 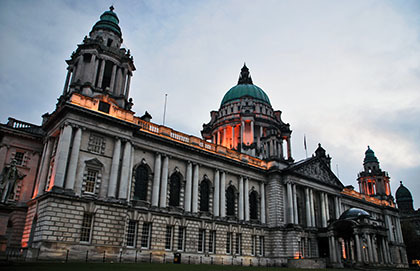 The Vocabulary of Who We Are
Ottawa’s Chateau Shipping Container
Are Even Secular Schools Sacred?

Watson’s zealous defence of property rights is somewhat idiosyncratic. Private property owners all over Ottawa face innumerable restrictions on what they and cannot do with their properties.

Want to build a fence around your yard, or a deck on the back of your house? Want to put more energy-efficient windows on the backside of a heritage property? Want to cut down a tree that is entirely on your private property? Ottawa has a 37-page document, which tells you whether you can or you cannot, and all the approvals required if you can.

The mayor may boast of helplessness, but the city has plenty of power when it wants to use it.

The city council bears plenty of responsibility as well. In June 2018, the council unanimously – unanimously! – approved a heritage permit for Larco to build the extension, leaving it up to city staff to approve the final design. This week’s vote, which was defeated 14-9, was to revoke that heritage permit.

Watson – always desiring to have it both ways – told the Ottawa Citizen that he still doesn’t think council’s unanimous decision in June 2018 was a mistake, but he should have done more to alter the design earlier. Refusing the heritage permit in June 2018 would have been the time to “do more.”

Four councillors released an open letter to Larco after Wednesday’s council meeting asking the company to withdraw the development application. Laura Dudas, Glen Gower, Matthew Luloff and Jenna Sudds oppose the design and wanted to clarify that even though they voted against revoking the heritage permit, they would prefer that it not be built. Larco executives must be on the floor laughing.

With opponents like that, there is no need for allies.

The National Capital Commission – last seen haplessly failing to get the prime minister’s residence problems solved – took a pass on the Château Laurier file, saying it was municipal matter. Yes, planning and parks and heritage and building are municipal matters. So why have a National Capital Commission at all, which deals with all that? Because in Ottawa, especially in proximity to Parliament, a broader vision and national resources are needed.

If the Château Laurier doesn’t qualify for NCC involvement, what does?

The Ontario provincial ministry that oversees heritage took a pass too, even though its minister, Lisa MacLeod, is from nearby Nepean. The Ontario Heritage Act enables the minister to act if a building has “heritage significance” but she declined to so. Again, if the Château Laurier doesn’t qualify, what does?

Even closer to the Château Laurier is Ottawa Centre MP Catherine McKenna, who serves as the federal minister of the “environment and climate change.” Perhaps McKenna is so busy attending to the global environment that she neglected to note her own department includes Parks Canada, which is responsible for heritage buildings. There was a time when “environment” in the Whitehall sense more dealt with buildings than nature.

Of course, McKenna is against the extension and wants Larco to build something different, but she is not going to use any of her authority to that end. She is able to spot the offending plastic bag in the streets of Bengal on the other side of the world, but neglects to notice the gargantuan building in her own backyard.

What is to be done? Those who could have done something have not and will not. So all that is left is to try to persuade Larco to do what they are manifestly determined to do.

In the meantime, if visiting Ottawa, enjoy Major’s Hill Park before the vandals begin their work in September.