I was OK with the toppling of statues of Lenin and Stalin when official Marxism failed.

But I was troubled by Victoria City Council’s decision to remove a statue of Canada’s first prime minister, Sir John A. Macdonald, and by Halifax’s removal from public view of the bronze of that city’s founder, Edward Cornwallis.

There was a time when the rules of debate demanded that I justify that apparent contradiction. I would have had to carefully argue that logic, and not mere political prejudice, motivated my preference of one over the other. Likely, I’d point out that the official Marxists were genocidal tyrants who organized the deaths of millions of people and that - as it was with swastikas in the 1940s - the continued existence of their statues presented a danger.

I could also point out that the statues I didn’t like being removed (in part due to less official Marxist thinking) were of generally well-intended people respectful of parliamentary democratic traditions (such as they were at the time). They had historical significance and should no more be torn down than should those of Julius Caesar for his merciless conquest of Gaul and support of slavery. Or I could have concluded that I was wrong, and all works of art, regardless of inspiration, should be preserved.

But now? The way the world thinks has taken a profound shift, so I don’t have to care about that anymore. It’s not about logic, rhetoric or reason in 2020: It’s about the primacy feelings freed from the structures we have used to form arguments and ideas since at least the time of Aristotle.

Now, I can be perfectly justified in my response to statues being destroyed simply because it pleased me to see some removed while I disapproved of others’ removal because it made me feel uncomfortable. Other people, less privileged than me, felt unsafe due to the presence of Macdonald and Cornwallis and so - according to the currently popular way of thinking - I must defer, park my privilege and say goodbye to Uncle John and cousin Eddie. It’s that simple.

The Age of Aristotelian Logic had a good run, but it was disavowed in the struggle sessions, or so I assume. There’s a new way of thinking and - ever mindful of the need to be modern and hip - I’m adjusting to the world of pleasing feelings and safe spaces that has replaced the world of reason in which my worldview was formed. 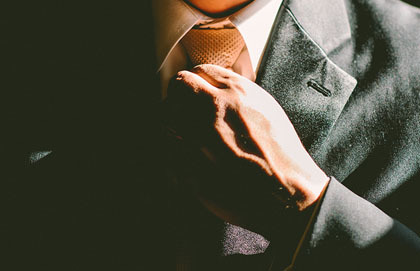 Some of you struggling to transition with me may also be wondering how – after months of lockdown reinforced by peace officers breaking up religious gatherings and issuing fines for transgressions that included such heinous acts as walking a dog, sitting on a public bench, or shooting a few baskets – the Prime Minister could leave his monastic cottage life and wade into a throng containing thousands of people involved in a very crowded protest.

Others might be curious regarding the logic that allowed cabinet ministers, mayors and chiefs of police, all sworn to uphold public health orders, to join those demos against racism while the husband, children and parents of RCMP Const. Heidi Stevenson, murdered mere weeks ago, had to jostle to see how they could get under the limit of five people allowed to attend her funeral lest they be shamed on Twitter or fined by some burly, brass-buttoned COVID cop.

Still more might be pondering how the PM could refuse a haircut and the resumption of Parliament due to the “risk” posed by the COVID-19 pandemic, yet not bat an eyelid at leading his aides and security detail into a passionate crowd of singing, chanting people frightened, angry and appalled like the rest of us by the horrific, widely-broadcast death of a black man, George Floyd, while being detained by Minneapolis police officers.

If you are looking for an explanation, or thinking of phoning a snitch line, Toronto-area Liberal MP Adam Vaughan offered up in a tweet that said forcing people to stay home in isolation but then going out to join a large demonstration were not at all inconsistent actions because both were about saving lives.

“Why does this confuse you and why aren’t you interested in protecting people?” he asked Conservative MP Pierre Poilievre.

Being in tune with the times, Vaughan saw no need to acknowledge either the disproportionately high number of black people dying from COVID-19 or that what he and the Prime Minister were doing was exactly – precisely – what they had been telling the public to not do under any circumstances for the past three months. People gave up deathbed farewells, funerals, weddings and other profoundly meaningful, soul-saving occasions such as communion, Mass and Easter because they were asked, metaphorically, to take one for the team.

So, what are we to make of these actions?

The first thing we must do is acknowledge that the response by public safety officials to the rallies organized by Black Lives Matter and others was entirely appropriate. The outrage inspired by Floyd’s death was not going to be contained in a virtual world and was only going to be inflamed by any attempts to suppress or even discourage its spill onto the streets. Best then, for police officers and their chiefs to participate and facilitate as best they could to ensure public order was maintained.

Next is to understand that in all likelihood the politicians did what they did because it made them feel good. And because it’s 2020.

That’s about as deep as it goes.

Peter Menzies wonders whether anyone else has noticed recent signs of an end to the Canada where majority democratic interest had to be considered at least.