Canada's recent speech from the throne launched the 2015 Canadian federal election campaign, and with it regular array of politics questions. Can the Conservatives "change the channel" from scandal to economic opportunity? Which of the new leaders of the Opposition parties, Mr. Mulcair or Mr. Trudeau, will emerge as the leader of substance, who might become Canada's next Prime Minister?

But there is a behind-the-scenes question all parties are trying to answer, the results of which may in large part decide how the 2015 election unfolds. It would appear that all parties are positioning themselves for a campaign that will focus on the pocketbook concerns of "middle class voters."

Whether the much ballyhooed "consumer agenda" of the Conservatives' throne speech was one of conviction, or simply a "hug for embattled nine-to-fivers," is beside the point. All of the Conservative positioning makes clear that they believe the middle class voter to be homo consumericus, and that leaving as much change in the pockets of Canadians is the ticket to success. More jobs, lower taxes, heightened rhetoric against gouging corporations, and increased trade are the means, but Mr. Harper's message is one of selfish appeal to voters' bottom lines: "Vote for us and you will have more money to spend on the goodies you want." 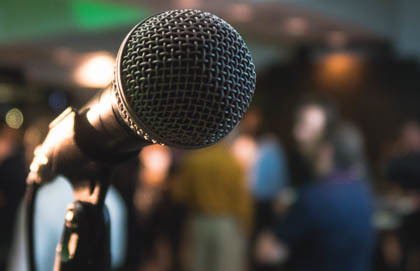 Lessons From the Alberta Election: Part II
Lessons from Election Week in Canada
Moving Away from Multiple Monologues

Mr. Trudeau has tried to define himself as the defender of the middle class since his leadership campaign. A couple weeks back, he penned a Globe and Mail op-ed suggesting that since "middle class Canadians have not had a decent raise in 30 years," it was time for policies that would reduce the anxiety that accompanies middle class debt. Trudeau's appeal was short on specifics, which is not surprising given he is an Opposition Leader and the alternative platform typically isn't framed until much closer to a campaign. Yet the particulars he mentions include dealing with youth unemployment and focusing on support for education, both obvious plays to the emerging middle class. Unlike Harper, Trudeau seems to see the middle class voter as homo aspiratus. Trudeau's message is, "Vote for us and we will use government as a force for good to help you get what you deserve."

The NDP has, of course, also been using middle class rhetoric. For them, the language is a bit tricky. If they are to be considered as a credible alternative for government, they need to shed the historic "working class" baggage that has defined them for so long. Having a social conscience and helping the poor provide for good speechmaking and feel-good politics, but are not likely to translate into enough votes to win government. Voters say nice things about helping their neighbours, but cast ballots thinking about themselves. Mr. Mulcair gets this. Therefore, instead of a raft of policies that require voters to think of themselves either as poor or benevolent to others who are poor, the NDP policy platform will likely include a "protecting the middle class" theme that highlights growing inequality. They will also champion the government as a defensive force against the destruction that unrestrained markets would wreak on middle class incomes and the environment. Homo dependicus is hardly a slogan that they would admit to, but is likely to be the premise around which they appeal to middle class voters.

The next scheduled federal election is still two years away, and on the surface it appears to be a game of "muddle in the middle" as the parties trip over themselves, in ways that appear very similar, to appeal to a single bloc of voters. Underneath, however, there are fundamentally different presumptions about what defines these voters.

The idealist in me wishes that the politics of class could be resisted. The realist in me recognizes that appealing to pocketbook issues is generally considered the surest bet to political victory. But even from such a narrow perspective, core convictions and understanding of the human person and the role of our institutions shapes the approach. From the midst of the muddle, it will be interesting to watch who will translate their anthropology into votes.

Lessons from Election Week in Canada

They are clearly (at least for the moment) aligning with Redford and the Tories in Alberta and McGuinty and the Liberals in Ontario, It makes their role in the upcoming federal NDP leadership race an interesting subplot ...