To the surprise of no one, Alberta’s recent provincial election campaign was an unpleasant affair.  Bearing record deficits, little positive economic growth, and bereft of much in the way of new ideas, the governing NDP ran a campaign largely focused upon fostering fear and suspicion.

Three websites were established to attack Jason Kenney's past, including everything from the truth to wild fantasy. Key to these attacks were the social conservative records of Kenney and a few of his candidates. Accordingly, social conservatism played a larger part in this election than in any other since the 2006 federal election, in which the redefinition of marriage was debated.

In this election, as then, the socially progressive side lost the vote. This challenges the received wisdom that socially conservative positions spell political doom. In fact, parties holding such views have a fair record of electoral success and of providing balanced, moderate government.  The verdict could scarcely be clearer as, on April 16, Kenney's United Conservative Party won 63 seats to the NDP's 24, with better than 50 per cent of the popular vote – a result that is even more impressive in light of a huge voter turnout of 70 per cent.

Given this result, it seems reasonable to ask why the criticism of social conservatives didn't work, and what can be learned from Kenney's success. This is relevant as we are on the cusp of a federal election and Prime Minister Trudeau shows every sign of taking up Rachel Notley's strategy of socially progressive anger.

The NDP criticisms were largely of two sorts. The first was to recycle past comments from Kenney and other UCP candidates – particularly on homosexuality. The remarks were placed alongside worries that a UCP government would ‘out gay kids’ attending gay-straight alliances at school.  The second was to level accusations of racism, fascism and white supremacy at candidates and UCP supporters.

The most prominent example of the first was the case of Mark Smith, the UCP's education critic.  Prior to his election as a Wildrose Party MLA, Smith had been a pastor. During the campaign, audio was made public of a sermon preached during the political debates about marriage. In this, Smith noted that there are many notions of love current in our society, pointed to homosexuality, and concluded that you can probably find websites that support pedophilia as a form of love.

Smith was also criticized for a briefing note to caucus colleagues contending that faith-based schools had a right to fire homosexual teachers when this contravened their faith and mission. Arguably these statements are simply statements of fact, but they were interpreted by his critics as equating homosexuality with pedophilia and advocating for the firing of homosexuals. He did neither.

Claims of racism and fascism were also disturbingly frequent in the election. This is particularly odd seeing as immigration is not within provincial jurisdiction. Yet this strategy was not without some success. The narrative that the UCP welcomes racists got its start when nomination candidates in Edmonton-West Henday were photographed with members of the racist group Soldiers of Odin at a campaign event.  It was revived when UCP candidates Caylan Ford and Eva Kiryakos resigned from the race due to prior comments in social media about immigration issues.

We should be quite capable of listening to the views of those we disagree with and responding to them with positive and substantive contributions.

These developments led NDP advocates to argue that the UCP attracted racists. However, such a narrative is hardly credible. After all, UCP leader Jason Kenney has done more to politically empower Canadian immigrants than anyone in the country. In Ottawa, he was jokingly referred to as the Minister for Curry-in-a-Hurry due to his constant presence at events in ethnic communities.

The NDP's accusations of racism reached its most farcical point when UCP candidate Kaycee Madu in Edmonton South West – whose campaign I chaired – was accused of sympathy with white supremacists. The rationale for this surprising claim about a Canadian of Nigerian origin?  He posted a picture of himself at a constituents’ home with a Stop Rachel Notley lawn sign that had been distributed by Rebel Media.

Madu responded with calm professionalism, redirecting attention to the real issues of this election. 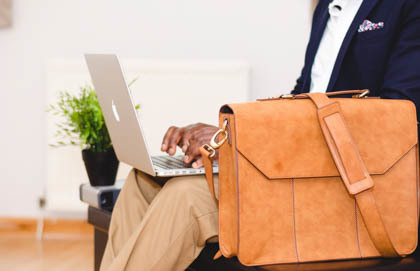 “Our focus remains ensuring that we rebuild our economy. We have zero interest in divisive identity politics and politics of personal attacks and destruction, which are the focus of the NDP because they cannot afford to campaign on their record of economic failures,” he said.

It is no coincidence that Mr. Madu was the only UCP candidate elected in Edmonton.

It is important, however, to ask why the UCP was almost shut out in the capital, winning only one of the city’s 20 seats. Edmonton Journal columnist David Staples mused on Twitter that the Edmonton result was solely attributable to the UCP stance on GSAs. The NDP portrayed this as Kenney wanting to ‘out gay kids.’ In reality, it was a more nuanced position.

Long before the election, Kenney had consistently held that there might be occasional cases when it makes sense for parents to be informed so that they will be better able to support their child.  Further, he has argued that the judgment of teachers, administrators and psychological experts familiar with the situation are better guides to making this determination than a one-size-fits-all pronouncement from the minister of education. One can disagree with that position but it is hardly fair to characterize it as anti-gay or cruel.

Staples’ assessment is unusually facile for someone who is usually a very astute journalist. But it was a key NDP message, and journalists like Staples, radio host Charles Adler, and others, took Kenney to task for his stance on GSAs, and for not forcing Smith’s resignation. Accepting this explanation of the Edmonton result requires us to believe either that Albertans elsewhere are less concerned about gay kids or that Edmontonians are unusually gullible in buying into fear mongering that didn’t work elsewhere.  Neither view is tenable.  It is far more likely that worries about a UCP government introducing Klein-era cutbacks resonated more in the capital city than it did in other parts of the province.

The lesson to be drawn from this is that fear mongering against social conservatives no longer works, if it ever did. Generally speaking, parties that have been successful against these kinds of campaigns of fear have gone on to provide balanced moderate governments.  One can blame Stephen Harper for many things, but implementing draconian social policy is not one of them.

Accordingly, social progressives would do well to cut the histrionics and engage social conservatives on the issues. There are real differences here that deserve public debate and the kind of name calling we have seen does a disservice to our democracy.  A progressive critique that points to specific disagreements and explains why is likely to be more effective, Justin Trudeau’s Liberals would do well to observe this in October.

Likewise, social conservatives have to learn to abandon the heated rhetoric that continues to get them into hot water. If one thing is notable about the last election, it is that for all of the talk about social conservatives, few journalists – if any – showed signs of talking to them.

In this respect, it is worth noting that journalists seemed to have no problem covering any number of partisans throwing around accusations of fascism, when only months before the election they blacklisted John Carpay, one of the few public spokesmen for social conservatism in Alberta, for a comparison of the rainbow flag to the Nazi swastika. I certainly wouldn’t defend Carpay’s comments, for which he quickly apologized, but it is hard not to see a certain hypocrisy at work here.

This also shows the need for communities of faith and political movements that support social conservative views to cultivate and support articulate, thoughtful representatives who can present and defend their views in the public square. There are, of course, many factors at work that explain why there are so few social conservative voices, and fear of public vilification is not the least of these. Nevertheless, the challenge has to be taken up.

Social conservatives remain a significant proportion of the politically active community. They are not going away. They are certainly not the only voice at the table or even the majority voice, but they deserve a seat at the table. They certainly deserve better than to be mocked for the views of extremists who are not genuine members of their political movement.

A healthy democracy presupposes diverse communities with substantive disagreements contributing to the public discourse. This is why citizens whose representatives lose at the polls can still accept the result. Whether they win or lose, they are able to fully participate.

When politicians mischaracterize and vilify opponents for claims they do not hold, they alienate them from the democratic process. When any community has its message taken from them and is publicly presented in the terms of their opponents, their participation in democracy is undermined. Given that the ability to meaningfully participate is the basis for demanding acceptance of democratic results even when one loses, cultivating disenfranchisement of any sector of the populace is a dangerous game.

All of this speaks to a need to move from a politics of multiple monologues to one of genuine dialogue.  If we do not have a capacity as a society to speak and listen to diverse viewpoints, and to have this expressed in our journalism, then the democratic process is impoverished. Of course, this means political parties and activists need to not just speak at, but listen to, their opponents.

In many ways Jason Kenney exemplified this in his campaign.  No matter how much his opponents vilified him, he frequently spoke with sincerity of his admiration for Rachel Notley’s devotion to public service and the people of Alberta. Of course, this can only help if the other side moves beyond trying to drown out its opponents with vitriol. Given that this method has repeatedly proven failure, there is some hope for change, if only out of self-interest.

Even if the social progressives do not read the signs of the times, it is entirely appropriate for people of faith to take the lead in modeling respectful and meaningful political discourse. After all, we claim to base our life upon listening to another, namely God. If this is authentic, we should be quite capable of listening to the views of those we disagree with and responding to them with positive and substantive contributions.

Time to End the Five-Minute Fundamentalism

For starters, if this is truly the first digital federal election, I truly hope it is also the last truly digital election in which candidates are forced out of local election races for words posted on Facebook or other social media five, six, two or seven years ago “For the first time, one in every...

Certainly the Trudeau years marked great "progress" for the nation's social liberals, but there wasn't anything remotely fiscally conservative about them ...

Publisher Peter Stockland reports on the Manning Conference, Jason Kenney's new platform, and the University of Toronto's Jordan Peterson on the importance of speaking up.