The proud parents, both 34, said their hopes for Caiden's future were simply that he be healthy, active and happy. "And," added Dave, "maybe play for the Sens at some point." Even Ottawa's mayor was enthusiastic. "We are excited to welcome Caiden, the seven billionth resident, to Ottawa," said Jim Watson. "Congratulations to Caiden's family, especially his mother Angela and father Dave."

Coverage of the world's population passing the 7 billion mark has been widespread, although the coverage was typically a bit more generic than the Citizen's. What I read could be divided into two categories. On the one side, there are those who observed that parents in the poorest parts of the world are having the most kids. With water tables falling and fish stocks vanishing, adding 80 million or so per year is portrayed as a bad thing. On the flip side, others pointed out that in the developed world, the reproduction rates are falling below the 2.1-per-woman that a society needs to sustain itself (Canada's, for example is at 1.63 according to the World Bank.) "We need more kids to pay for our pensions," goes their argument. Implicit in this, especially when other people assume the costs and challenges of parenting, is that having kids seems like a good thing. 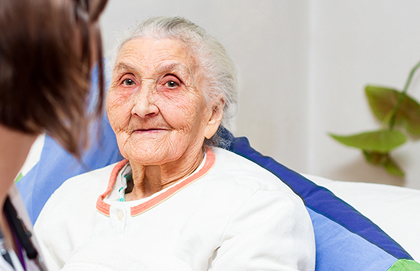 Palliative Care: Time for a Compassionate Approach
The Five Goodbyes of Dying
Personal, not private

Caiden, we presume, will have educational opportunities, will get a decent job, and will help pay for my pension. So should I celebrate his birth any differently than that of Nadege in Burundi, who is more likely to need my charity to survive?

It's not that I don't understand the economic, environmental, social and political issues that accompany population growth. Still, I would argue that dealing with these challenges has more to do with how we view human life than the particulars of these issues. Children should not be defined by the contributions they might make nor by the resources they take.

The best way to celebrate the seven-billion mark is to celebrate the individual rather than the group. Each child is an image-bearer of God. Simply by being, he or she breathes out a unique dignity and worth on which no price can be put and without which we would all be poorer.

When I first saw the Citizen piece, I was cynical. There's no way they could verify who should claim #7,000,000,000. But after thinking about it, I changed my mind. Caiden's niche doesn't come from when he was born, but simply because he was born. And that is true for Nadege too, even though I doubt the Burundi press covered her arrival.

Welcome to the world, Caiden and Nadege. Your generation faces difficult challenges, as does mine. But when we take the God-given dignity and potential of human life as our starting point, we are far better equipped to answer those challenges. And I, for one, am not too worried about exactly where that puts us on the population count.

The Five Goodbyes of Dying

Palliative care is less about medical science than about giving time to say what needs saying before life ends.

What was overlooked in much of the coverage, however, was what the policy demonstrated about our understanding (or lack thereof) of the connection between religion and the public good—and how that connection is often expressed through institutions ...