Though a general understanding of this important new program could be interesting in its own right, I went to these conferences especially to gain perspective on the various challenges men and women living the consecrated life might face when thinking about these new projects.

The first, at Leeds Trinity College in England, boasted an impressive lineup of many of the main players in the official conversations. Archbishop Salvatore Fisichella, president of the Pontifical Council for Promoting the New Evangelization, called the work of the Council "one of the more mature fruits of the Second Vatican Council." However, the link between missions and religious in relation to the Council needed more exploration.

Later in the conference, the comments of Cardinal Francis George, OMI, were helpful in this regard. In his talk, he often referenced his own experience as a young religious in Canada during the turbulent 1960s. Mission was, he explained, understood, even in Church law, to function by territorial division between places where the Church was not known and places where it was established. Mission territories, like those in Northern Canada where his congregation served, were often given to religious orders through a mandatum and governed by a Vicar apostolic.

As the work progressed, religious women were brought in for support – few other lay people were involved. Further or "secondary" mission was also known in parochial settings, explained Cardinal George. However, this was not necessarily to make Christ known but to explain moral injunctions to have people return to Christ. Cardinal George said that Vatican II and subsequent decades brought these neat distinctions to an end. In fact, he said that he is a strong proponent of the "new evangelization," which, he argued, not only focused on lapsed Catholics but on whole cultures that were once Christian. His point not, let me be clear, that Vatican II put religious out of a job in mission work. Rather, the lesson is that the almost exclusive bond between religious and missions was weakened or, at least, significantly redefined in the decades following the Council.

If that bond was weakened, how should religious understand this brave new world of evangelization?

Two conferences were much closer to home in Montreal and were both consonant with what I heard from those most closely affiliated with the new Pontifical Council, but they also raised further questions.

In early September, I attended an event at the Institut de formation théologique de Montréal (the theological university of the Grand Seminaire de Montréal). Among the presenters were two members of religious orders: both were significantly occupied by ministry to young adults and argued for the importance of pastoral strategy. One mentioned the importance of small group ministry; the other, the importance of delegating responsibility for mission to young people. During the discussion period, one presenter noted the deep debt of gratitude the New Evangelization ought to have toward Evangelical Protestant "Church growth" thinking. All presenters were concerned to underline that the New Evangelization was primarily in service of the Church.

Later that same month, I attended a third event, this one organized by the theology faculty at the Université de Montréal. Held in a large conference hall at the university, the event attracted several hundred people, a very large number being religious, especially religious women. Following two dynamic presentations by younger researchers, an emeritus professor – a member of a religious order – spoke of the transformations the Church might need to pursue because of the challenge of the New Evangelization. 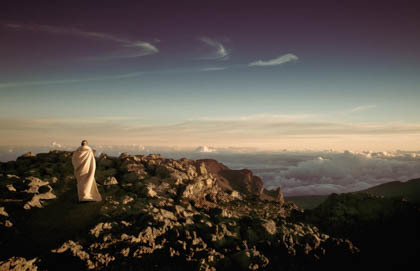 He argued that the "New Evangelization" set as its primary goal not to serve the Church but the Kingdom of God. Its emphasis was not only on knowledge and content but also on the act of believing itself. That is, the New Evangelisation should not just bring people back to Church but bring them to faith. In this sense, the main language of the New Evangelization should not be abstract dogmatic propositions but human experience.

Reflecting on these latter two conferences, I pondered the language gap of these religious men in their service of Church or Kingdom. Though the various presenters might end up agreeing with each other in the main, were they to meet each other at a combined conference, I could not help but wonder whether this unexplored gap might cause religious to interpret the program of the New Evangelization in significantly different ways. Though most people at these conferences would not deny that some form of new outreach is necessary, it is far from clear that they are talking about the same thing.

A reminder of the progress of the New Evangelization is helpful. In his motu proprio of September 21, 2010, Ubicumque et Semper, Pope Benedict XVI established the Pontifical Council for Promoting the New Evangelization to encourage a "renewed missionary impulse" for "all the Churches living in traditionally Christian territories." Before and after its announcement, this new Pontifical Council created a lot of buzz in Catholic circles. In October 2012, the level of conversation was heightened as the synod of Bishops met in Rome to further discuss the implications of this new work. The Lineamenta for the synod, the preparatory document available in 2011, argued that "secularism has entered the Christian life and ecclesial communities and has become not simply an external threat for believers but something to be faced each day in life in the various manifestations of the so-called culture of relativism." Indeed, it said that "Christian communities, ought to know how to respond with responsibility and courage to this renewal required of the Church because of cultural and social changes. They ought to learn how to devise and implement the long process of moving to newer models, while maintaining the mandate to evangelize as a reference point."

The Instrumentum Laboris sent out in the spring of 2012, the aggregated answers to the Lineamenta serving as agenda for the synod in October, high-lighted these same themes: "The new evangelization consists in viewing real-life situations, areas of living and pastoral activity in such a way as to allow these people to leave the 'interior desert,' an image used by Pope Benedict XVI to represent the current human condition, which is caught in a world that has virtually eliminated from view any question of God. The specific task of the new evangelization is having the courage to raise again the question of God in these places and situations and to restore a high quality and motivation to the faith in many of our Churches of ancient origins." Lest one think it only for the Church hierarchy or specific agents, the document makes clear: "No area in the Church is outside the parameters of this programme; nor should anyone feel exempt. The Churches of a long Christian tradition, above all, have to deal with the practical problem that many have abandoned the faith."

Of the many propositions adopted at the close of the Synod of Bishops, one deals with the implementation of the "New Evangelization" by men and women of the consecrated life. Proposition 50 asks men and women religious and members of secular institutes to live their vocation with joy as it "is a powerful proclamation of the Reign of God" and "will offer a significant contribution to the New Evangelization." They are asked to be "fully available to go to the geographical, social and cultural frontiers of evangelization… toward the new aerophaghi of mission." Because the New Evangelization is essentially spiritual, this proposition underlines the "great importance of the contemplative life" and "hopes that the New Evangelization will move many more faithful to embrace this form of life." Though this is the only proposition that deals specifically with the consecrated life, a number of others do have something implicit to say to those living that life.

What might it mean for religious? Though I cannot speak for Catholic religious, three related questions arise in my mind.

On the one hand, in what way will the New Evangelization not simply be another chance for the Catholic hierarchy to continue what some might see as a retrograde mentality? Though in a "new" package, it seems to offer the theological allies of John Paul II and Benedict XVI a get-out-of-jail-free card on issues from women's ordination to the reform of the clergy, from properly dealing with the sexual abuse scandal to dealing with the legacy of residential school abuse. More progressive religious might ask whether participating in the New Evangelization means that they implicitly support various conservative understandings of Catholic theology.

Surely, religious will not ask these questions in such a stark manner. However, I submit that they probably need to be discussed in any understanding of the New Evangelization in the coming years.

Daniel Bezalel Richardsen works for the federal government in Ottawa where he lives a life infused with his own Christian faith and deep interest in other religious traditions.