Nadine Schweigert has attracted considerable attention of late for her March wedding, to herself. I had never contemplated this as an option and so did not realize how behind the times I was. An hour of Googling the phenomena shows that the past decade has seen a string of self-marriages. I suspect the newscasters description of this as a "new trend" is hyperbole, but it isn't the isolated kookiness one would wish it to be either.

These narcissism ceremonies (let's not contribute to the debasing of language by calling it a wedding) have included guest-lists and parties, ring exchanges, and elaborate vows. It is also no guarantee of happiness—only 18 months after the ceremony, Bostonian Roland Nigland reportedly filed for divorce, charging himself for infidelity. Marriage counsellors, clergy, and even two lawyers, one representing each side, could not salvage whatever it was that Nigland had enjoyed.

Not all of the explanations, however, come across as those of fringe publicity seekers. Schweigert was interviewed on CNN by Anderson Cooper, and her explanations seem disarmingly normal. "It was me standing up for myself and owning that I am responsible for my happiness...I was very unhappy...That love I need it's in here, no one else can give it to me." This is everyday media fare. Had you been flipping through the channels that night and so missed the detail about her ceremony, it would be a typical "overcoming obstacle" story that we are conditioned to celebrate. 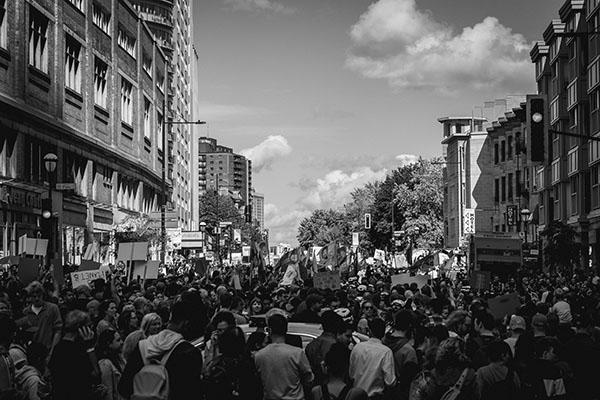 And even when it comes to explaining her vows, her explanation seems almost commendable. "It's a form of accountability," she told Cooper. She told of her previous struggles with drinking, smoking, and weight issues. Now when she is slipping, her friend reminds her to "go back and read your vows." Maybe some good could come if we would more often remind each other of the importance of living up to our public vows.

But I fear looking for the good in this is like digging through the garbage pail to retrieve a penny. It's not that I think there is any risk of narcissism ceremonies becoming a trend. However our ability to even talk about it only is possible if we allow basic and important words to take on distorted meanings. Do this repeatedly and we eventually lose any shared concept of what those words originally communicated.

There was a time when our understanding of love and its various dimensions could be best described by three Greek words that are commonly translated as "love". Agape referenced unconditional sacrificial feelings towards another that provides contentment. Eros refers to the deep intimacy felt between two people, not just in a sexual way but also through friendship. Philia captures something of the virtue and loyalty that love inspires. Taken together in some combination we have what the word "love" used to mean. I contend that almost every use of that word in the dozen or so stories I read regarding these narcissism ceremonies is a misuse.

To take these conversations seriously is to agree to rewrite our dictionary. I lamented a while back that when words cease to have shared meaning, life becomes so much more difficult. In fact, when you believe that all you need is inside of yourself and that which no one else can give you, then you have resigned yourself to a world without love. A lonely place indeed.

In his most recent Insights newsletter, Cardus Executive Vice-President Ray Pennings emphasizes the need to recover a sense of vision and national purpose as Canadians, especially as we think about the future of young Canadian leaders.

Veiled Interference in Freedom of Religion

Recognizing that freedom of religion is a greatly attacked freedom these days, I am usually inclined to bend over backwards to protect it, but here—in matters as basic to our citizenship as swearing public oaths, establishing identity, or witnessing at a trial—I think the state has a more reasonable...

We are not told if Bezalel put his craftsmanship to work in helping build the golden calf or not, but we do know that whatever his role, God, in his sovereignty, would call and equip him, lead him to repentance, and fill him with His grace Fifteen minutes isn't a lot of time but the Exodus 31 accoun...