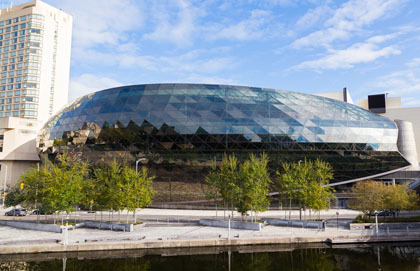 Progressive politics is clearly on a roll in Canada. In fact, some pundits say it has already “run the table,” and question whether it has run out of new places to go. That is a matter for those who scan the political heavens to decide. Here on earth, New Democrats are going to Edmonton this weekend for their federal convention. The Liberals, meanwhile, are bound for their biennial national convention in Winnipeg at the end of May. (Might federal Conservatives, who dropped the term Progressive from their name when it became unfashionable a decade ago, ponder renewing old nomenclature at their May convention in Vancouver?) Conventionally, party conventions were idea factories for future elections. Partisans with need to debate the proper placement of semi-colons in the fourth clause of the policy paper on this year’s obscure obsession jawed at hospitality suites with pragmatists who understood most of politics is written in disappearing ink. Effective pursuit of power emerged. But as Susan Delacourt and others have effectively argued, modern political parties are now little more than election machines shopping for votes. Prime Minister Trudeau’s announcement that the Liberals will dispense with paid memberships validates the point. What are the privileges of membership that has no price? Over the past decade in Canada, political networking conferences have supplanted party conventions as the place for idea incubation and development. The conservative Manning Centre long ago outgrew the basement of the Ottawa hotel where it was first held, and now takes over the city’s convention centre for three days of networking each spring. New Democrats at the Broadbent Institute and Liberals at Canada2020 played quick catch up. They now have their own well-established think tank events, both of which were coincidently held in late March this year. If the pulse of conservatism taken at the recent Manning conference was found to be very healthy despite October’s election debacle, left-wingers at Broadbent and left-centrists at Canada 2020 seemed to need deep breathing to keep their giddiness from gliding off the scale. Power regained can cause powerful euphoria. To their credit progressives clearly understand they will need some deep thinking to turn electoral gains into the long-term social change they seek. Five tensions appear evident and will need to be resolved if the current progressive roll is to continue.