It’s not often a new Minister of Finance has written a prize-winning economic manifesto. Chrystia Freeland, in her 2012 book Plutocrats: The Rise of the New Global Super-Rich and the Fall of Everyone Else, has done just that. In fact, this manifesto is the first context of her relationship with her boss, Justin Trudeau. They met at a book signing in 2012 in Toronto. Trudeau thought the book was so remarkable he spent months trying to persuade her to join his team, first as an advisor, then as an MP. Now that she’s Minister of Finance, the blueprints of Plutocrats seem all important. These are more than clues about what the Minister and Prime Minister think needs to be done, this is a road map to September, and the election that will eventually follow.

And it is a very smart, funny, even convincing road map. Readers from across the political spectrum – yes, even Conservatives – are going to find something in here that resonates with them. 2012’s Freeland, the prize-winning journalist, is as concerned with union busting as she is with state subsidized monopolies. The financial characters she singles out for special praise? The Liberal Finance Minister that Conservatives have nearly adopted as one of their own, Paul Martin – and the former Governor of the Bank of Canada, now returned-home advisor, Mark Carney. She especially waxes about Carney’s steady hand inheriting Paul Martin’s banking reforms and deficit busting. She does not, admittedly, much discuss the other government between those two that must not be named.

The subtitle might trigger otherwise fiscal conservatives, about the rise of some meaning the fall of others, a favorite zero-sum canard of the left. But the book is much better than the subtitle suggests. Freeland’s main quarry is indeed inequality, the extraordinarily sharp and growing increase between the 99 per cent and the one per cent. This, she says, is not simply a function of markets, but rather of a “feedback loop between money, politics, and ideas” that is both “cause and consequence of the rise of the super-elite.” She goes so far as to name rent-seeking plutocrats – “those who owe their fortunes chiefly to favorable government solutions” – as one of the main culprits. A Canadian does not need much of an imagination to fill in some names here.

Freeland’s main quarry is indeed inequality, the extraordinarily sharp and growing increase between the 99 per cent and the one per cent.

Inequality, she argues, is a perennial of societies in history. But it is since the 1970s, she says, that the problem has become exponentially larger. Citing economic historians Peter Lindert and Jeffrey Williamson she argues that even the original thirteen colonies, including slaves, were significantly more equal in their time, and certainly ours. Her timeline at moments is conspicuous for its absences (not unlike the book itself), where the “Treaty of Detroit” – the strong union, New Deal, middle class making, post-war economy is undercut by the 1980s “Washington Consensus.”

She is far from impressed by Reagan, Thatcher, and their ilk, but the Treaty of Detroit floundered long before Reagan was ever elected. The 1970s played host to the collapse of the gold standard in 1971, an oil shock in 1973, the near route of the G.A.T.T. (one thinks of the Multifiber Agreements in 1975), stagflation, and shocking deficits (one thinks of Prime Minister Trudeau Sr.), which tilled the soil in which Reagonomics took root. All the economic evils of our day probably cannot be laid at the cold feet of a managerial elite that did not have the stomach to see the New Deal through to its magnificent conclusion; that Deal had plenty of its own problems before Reagan got elected.

But if there are some more than minor economic quibbles, these do not detract from some of her clear and important arguments. She is pro-market, pro-capitalism (“globalization is working – the world is overall getting richer” but skeptical that these forces on their own, or left to their own devices, can meaningfully replicate the successful middle class development of the past.

Inequality, it is important to point out, is not simply bad for its own sake, as some would say. It is bad because extraordinary polarizations and concentrations of wealth tend to reduce actual economic productivity. Wealth gets locked into an hereditary elite, into which it is nearly impossible to break, and out of which it is nearly as impossible to fall. 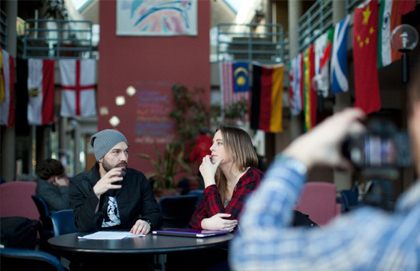 Such radical inequality as we are witnessing, Freeland says, will actually undercut competitive market capitalism itself. This, she argues very smartly, is why so much lobbying is pro-business – promoting existing rents and market shares - but not pro-market – fostering truly free and competitive markets.

There is more than a little bipartisan room for agreement here, and it will be interesting if Freeland capitalizes on that in our fall Throne Speech and budget. Nor is she naïve about the forces against which government policy would be arrayed for busting rent-seeking plutocrats or softly regulated and legislated market share.

“Screw you,” she cites one businessperson to a Congressman. “Even if you change the legislation the government won’t get a single penny more from me in taxes. I’ll put my money into my foundation and spend it on good causes. My money isn’t going to be wasted in your deficit sinkhole.” How many emails will Minister Freeland get next month that will read like that?

“The left won the great culture wars of the 1960s but the right succeeded in setting the terms of the economic debate. A good outcome for the one percent,” she writes. Yet as much ire as she has focused on plutocrat CEOs and right-wing economic policy, she reserves some of her harshest criticism for plutocrat politicians, some of whom – sometimes knowingly, sometimes not – have liberalized sectors in favor of themselves or their supporters.

“An increasing number of politicians,” she writes, “are members of the super-elite themselves.”

It is rude rhetoric to compare the better angels of a journalist’s argument to the pragmatic compromises of a politician’s portfolio, but the 2020 irony does abound.

Plutocrats is funny and smart and easy to recommend. But if you can’t stay for the many anecdotes of Freeland’s exhaustive and remarkably well-connected research interviews, you could do worse than skip to her conclusion. Here you will find the clearest answers to the problem she sets out. She calls it the Serrata problem.

The setting is the lagoons of the north Adriatic coast, what will become Venice. The wild story of the Venetian rise from a marshy refugee town to a world power is one of the great tales of modern capitalism, but Freeland’s interest is less in how they became successful, than in how they stagnated. La Serrata, or “the closure” is what they called it when, in 1315, the elite establishment published Libro D’Oro, or the Book of Gold, which officially registered the Venetian nobility. It solidified the hierarchy not only politically but economically. Freeland sees three parallels.

First, she argues there is a transition to an “extractive state” where ruling elites use their power to extract as much wealth as they can from society to maintain their power. There are undoubtedly “good” plutocrats, she says, but when these are outnumbered by rent-seekers and extractive elites, societies – and economies – flounder. And it is not simply that we have some virtuous and some villainous businesspeople. Good fences make good neighbors, and the right rules and enforcement make fair economies. It is natural and human for our elites to want their own Book of Gold. We need smart rules and fair enforcement that keeps the system open and competitive.

Second, one of the goals of the Book of Gold was to ensure that oligarchic privilege was perpetual and intergenerational. Citing the Great Gatsby Curve, Freeland shows that as societies grow more unequal, social mobility is choked off. The success of a society, she argues, should be measured in high social mobility. Yet that social mobility is often precluded not just by trust funds and inheritances, but by her third parallel: a cultural Serrata.

The marks of plutocracy are increasingly not merely bank accounts, but a whole host of cultural and educational markers. Simply being born into a particular zip code (Charles Murary’s Coming Apart) or going to one kind of school is enough to virtually ensure – or deny – your place in our Book of Gold.

Fareed Zakaria named his “book of the week” for August 23 The Great Leveler: Violence and the History of Inequality from the Stone Age to the Twenty-First Century by Walter Scheidel. In it, Scheidel argues that inequality never dies peacefully. Once a society reaches its Serrata point, as Freeland puts it, very little except massive, violent shocks – war, revolution, collapse, plague – seems able to break the stranglehold of the plutocratic elite. But you can bet that if it can be done, Freeland and Trudeau are going to give it their best effort this September.

Fiscal conservatism is now nearly dead, with interest rates so low even deficit hawks sound like spendy Keynesians now. Appointing Freeland, Trudeau promised a “transformative” budget, to which Freeland later added the shade “green.” For those who have been shocked by the numbers that fell from plutocrat Minister Morneau’s balance sheet, I would suggest we’ve seen only the opening act. Plutocrats is a manifesto for an aggressive regulatory and program heavy budget. The pandemic opens an opportunity for just the kind of bold agenda that the Prime Minister and Finance Minister Freeland see as necessary to pry open Canada’s Book of Gold before it is set in stone. That it can be Green is a happy coincidence. That the price tag will be eye watering is inevitable. Social and economic transformation does not come cheap, and – as Scheidel himself argues – inequality never dies peacefully. As always, the refrain will be jobs and the middle class, social mobility and social equality. One wonders if the opposition parties will have the brains and the brawn to match this boldness. Freeland may be the smartest opponent they have yet to face.

Author Joshua Harris influenced how a generation of young Christians approached relationships. He and filmmaker Jessica Van Der Wyngaard talk to Convivium's Hannah Marazzi about their new documentary on whether Harris was too hasty in bidding dating adieu.

Matthew Lau argues Finance Minister Chrystia Freeland’s weakness is not her lack of qualifications but her insistence she can steer the economy while wearing sunglasses at night.