May it please the Court:

The sanctity of human life is itself a core Charter value, which rightly informs the criminal law.

Canadian homicide law has always prohibited people from consenting to their own killing. But on what basis?

This court affirmed in Rodriguez that "the sanctity of life . . . is one of the three Charter values protected by section 7." The court was agnostic about the philosophical or theological grounding of the sanctity of life, but it firmly upheld that "human life is sacred or inviolable. . . in the non-religious sense [of a] deep intrinsic value of its own."

Philosopher Charles Taylor has said that where there are deep differences of belief on metaphysical questions, there can be agreement on the resulting political ethic: "The State must uphold the ethic, but must refrain from favouring any of the deeper reasons."

A position should be neither advantaged nor disadvantaged because it is based upon, or eschews, religious roots. We do not throw out the perjury offence simply because it is consistent with the ninth commandment.

The challenged law is consistent with Parliament's freedom to legislate in respect of the sanctity of human life, which undergirds the entire spectrum of Canadian homicide law, including the challenged provisions here. The objective as found by the majority in Rodriguez is not just protecting the vulnerable as the appellants' case turns upon, it includes preserving all life.

In United States v. Burns, this court stated that "capital punishment is unjust and it should be stopped." These are statements made in the criminal justice system where proof is beyond a reasonable doubt and which, to borrow the trial judge's language in this case, "identifies and very substantially minimizes [the risk of wrongful convictions] through a carefully designed system imposing stringent limits that are scrupulously monitored and enforced."

And yet wrongful convictions still occur, and this Court, in Burns, declared that "the State's execution of even one innocent person is one too many." Why should our tolerance for the death of the innocent be any higher when the innocent at risk are the disabled rather than the convicted?

If autonomy is the operative principle, then on what basis could a "right" of assisted death be denied to any who seek it? The elderly who are simply tired of life? The convicted offender sentenced to life in prison?

These people may truly believe that their lives are not worth living and are devoid of dignity, just as much as [Gloria] Taylor. 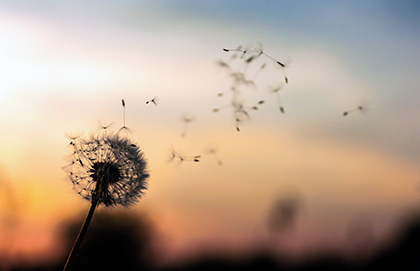 Is Human Dignity Enough?
The Moral Pandemic of MAiD
Overcoming Vulnerability With Dignity

The Farewell Foundation is right: if autonomy is the only constitutional principle at work, then the general prohibition on consenting to death in section 14 of the [Criminal] Code is overbroad not only in relation to the irremediably suffering, but in respect of any adult who has a settled, autonomous and rational desire for assisted death.

There is no constitutional logic that permits the appellants to carve out an exception for the irremediably suffering but to exclude the elderly or incarcerated offenders.

This Court's holding in Rodriguez is that it is the sanctity of life, understood in a non-religious sense, which is itself a core value of the Charter and supplies the sound constitutional foundation that permits Parliament to enact uniform homicide laws and to prohibit consent to death for all Canadians—disabled or able-bodied, old or young, convicted or law-abiding.

This is not legal moralism imposed by Parliament. It is Parliament giving effect to Charter values and Charter rights. Human dignity in the Charter sense is entirely consistent with the prohibition on consensual killing.

Most of the appellants' affiants claim a right to be killed on request on the basis that their dependence, suffering or lack of choice over the timing and manner of their death is an affront to their dignity.

But human dignity in the sense enshrined in the Charter and international law is not an individual's own self-perception of dignity or a synonym for independence. The human dignity that animates the Charter is the objective dignity that inheres in all of us as an inalienable fact of the deep intrinsic value of our lives.

Central to this Court's Charter jurisprudence are Chief Justice Dickson's seminal statements in Oakes and Big M Drug Mart that "the Court must be guided by the values and principles essential to a free and democratic society, which I believe to embody. . .respect for the inherent dignity of the human person" and that "freedom must surely be founded in respect for the inherent dignity and the inviolable rights of the human person."

The Universal Declaration of Human Rights and the International Covenant on Civil and Political Rights similarly ground "inalienable rights" in "inherent dignity."

Other criminal law provisions, which make sense only if human dignity is inherent, include the Assisted Human Reproduction Act's prohibition on the purchase and sale of human gametes and on the creation of human clones and human-animal chimeras and hybrids as well as the Criminal Code's prohibition on indignities to corpses.

Inherent human dignity is not vitiated even by criminal conduct. This is why offenders' rights remain inviolate pursuant to domestic law (Corrections and Conditional Release Act, S.C. 1992, c. 20, at ss. 4, 70-75) and international law (UN General Assembly, Basic Principles for the Treatment of Prisoners, 28 March 1991, A/RES/45/111, at Principle 1—"All prisoners shall be treated with the respect due to their inherent dignity . . ."—and Principle 5), and why this Court refused to permit their disenfranchisement in Sauvé as a move "counter to our constitutional commitment to the inherent worth and dignity of every individual."

The challenged law is properly founded upon the principle that no Canadian is better off dead than alive. Thus, "death with dignity," properly understood, means to live one's remaining life with the inherent dignity of a human person, with such assistance as modern medicine can provide and the option to decline unwanted heroic measures. The path to death may at times be very difficult, but the Evangelical Fellowship of Canada rejects the notion that anyone's inherent human dignity is ever enhanced by cutting life short.

That is the nettle the appellants fail to grasp in this case. There can be no "assisted suicide" without another moral agent—another person—committing the act of killing and the State being complicit in that act. As the Law Reform Commission [of Canada] succinctly stated, this would "indirectly condone murder. . .."

In affirming Robert Latimer's conviction for second-degree murder, this Court held that "it is difficult, at the conceptual level, to imagine a circumstance in which the proportionality requirement could be met for a homicide," even for someone like Tracy Latimer with incurable chronic pain.

Exhibit D of the appellants' new Herremans affidavit quotes the doctor of the blind and deaf Verbessem twins [in Holland], who demanded and were ultimately granted assisted death. The quote from the doctor is that "the brothers were so determined that we were forced to make a deal."

How will Canada respond to people like the Verbessem twins? In my submission, if a member of our community feels a loss of dignity, the rest of us—especially the medical community—and the State need to affirm through our words, our actions and our laws that we see in that person the same inherent dignity as resides in all human beings. We need to help them live.

That is the promise and the challenge before us as a society: not to try to make the problem disappear by making the person disappear but to respond to the unquestionably difficult realities of both disability and [death] by caring for these people to minimize their physical and psychological suffering as much as possible.

The Evangelical Fellowship of Canada submits that killing is never the antidote for what is difficult about dying and asks this Court to affirm Parliament's choices as founded upon the Charter values of the sanctity of human life and inherent human dignity, so that when Canadian doctors face determined requests such as that from the Verbessem twins, they will respond with a life-affirming, not a life-ending, response.

Palliative care physician Dr. Anthony Kerigan highlights the A-B-C and D steps to safeguard the full dignity of the frail elderly and those at the end of their life.