I remember the first time I encountered the practice of Lent. The very first year I tried giving up sugar. I set out to read more scripture and pray more as a replacement, in an attempt to draw nearer to God. To my dismay, I failed horribly. As the years went on and Lenten seasons came and went, my practice of Lent did too. I always attempted to give something up, and consistently failed. Not only did the guilt heap up on me, the shame washed over me in droves. Eventually I gave up. The shame was too much. The observance of Lent for me I decided was to be put on hold until something changed within me. Until it became less like checking a box and more about drawing nearer to the Cross.

It wasn’t until a couple of years ago that I decided I was ready to take up the practice once again. Mostly catalyzed by the fact that I started attending an Anglican Church, this time I was dead set on figuring out how to make it worth while. I wanted to know how to use the Lenten season as a time to draw nearer to God. And, by the grace of God, I managed to make it through the season without watching Netflix.

What changed? A wise friend advised me that my thought process around Lent, and the purpose of Lent needed to change. She went on to say that Lent is a blessed season for us to not only cut something out of our lives but to ask God to enter into the space that is left. For example, if we give up sugar, we ask God that we might begin to see him as the sweetness in life. If we cut Netflix out, we ask that God would show himself as our true escape, that we would spend more time with him, losing ourselves and our sense of time in his love and grace. Lent then became more about emptying my cup of all the frivolous things I had filled it with and asking God throughout the lenten season to fill my cup up with His soul satisfying love.

Little did I know she was right on par with what Benedict seeks to communicate in his Rule on the Observance of Lent. It’s not about ticking a box, it’s about clearing the way to make room for God’s presence, not just for the 40 days, but for the rest of the year. 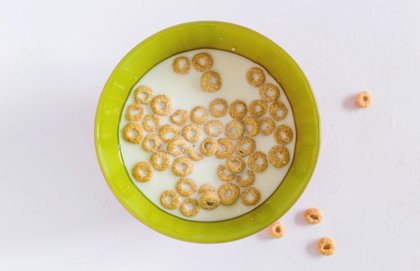 Given my history with Lenten failures, when I saw that Benedict had written on the Observance of Lent, I was all ears. I was eager to learn how to better engage with this practice and draw nearer to God. However, what struck me was how little time he spent on this particular practice, given the weight in which many churches today have given it. I was almost disappointed. I had hoped he would have offered more sage advice that would plunge me into my next Lenten success. The more that I thought about it, the more I realized the reason why Benedict spends so little time on Lent. What we as modern Christians view as specific sacrificial challenges relegated to the two short months pre-Easter, the Benedictine Order had adopted year round. The sage advice and guidelines I was looking for from Benedict for Lent was actually the entire order, the whole Rule.

And so I thought. And pondered. And questioned. What I have traditionally thought was to occur at Lent, a giving up and emptying out of what is distracting me, is - if we take on the Benedictine spirituality -  to occur all the other days of the year. Lent for Benedict was just an additive, a time to think of what one could give up that was not already required of them by their order. The Rule of St. Benedict in all of its glory would have me doing Lent like things 365 days of the year in order to reorder my life not just within a 40 day span.

So what is stopping us from observing Lent year round, and why bother with Lent if our lives should look like that 365 days out of the year?

So as we approach Lent this year let us set our sights beyond the 40 days.

Benedict is intentional about including the observance of Lent into his Rule. The Observance of Lent is indeed a time to take stock of what in our lives is distracting us from communing with the God of the universe. Joan Chittister observes of his Rule that he is telling us “that Lent is a time to make new efforts to be what we want to be.” She goes on to note that too often we forget that we have to work to bring the presence of God into our lives into our daily focus. Lent is to act as a launching pad for the rest of the year, it is the time to think about what in our lives has clouded the presence of God. The most meaningful Lenten seasons that I have had were ones that continue beyond Lent. Ones that have set me up to see God in new ways and with more clarity.

Benedict is emphatic at the very start of this rule that, “The monastic life should be one of continuous Lent.” He then goes on to note that most don’t have the strength for this. This shouldn’t, however, dampen the desire for our lives to be a continuous Lent. Instead it should set our sights higher; we use Lent as a response to our desires for more depth, more light, more understanding. And God is eager to give us these good gifts, we must only clear our lives to prepare.

So as we approach Lent this year let us set our sights beyond the 40 days. May the Spirit grant us mercy to empty ourselves and use Lent as a catalyst to know and love him deeper the rest of the year. May we be given the grace to feel little shame and great peace when we stumble because it doesn’t end here. After all the end of Lent is the start of Easter and rejoicing in the victory of Christ that gives us new hope and mercies.

Jessica Walters, co-founder of  the magazine Vigil, brings us a beautiful reflection on the marking of Ordinary Time as a part of our Cross Canada Convivium series.