Kanye West is not a typical celebrity. The producer, rapper, fashion designer, and entrepreneur repeatedly dizzies fans with eruptive interviews, award show antics, and innovative albums. His recent conversion to Christianity broadcast on his latest album, Jesus is King, may be his most baffling move to date. Is his conversion authentic or just another chapter in “one man’s continuing Messiah complex?” If it is real, where did it come from? For devoted Ye fans, however, this conversion comes as little surprise. To understand his conversion, you have to understand Kanye. To understand Kanye, you have to understand his music.

Kanye’s music is unique for the rap genre. Rap music is about storytelling. From Slick Rick and Biggie Smalls, to more recent artists like Jay-Z and Kendrick Lamar, rap’s standout stars have successfully blended wordplay and narrative over fresh hip-hop production. Kendrick Lamar, for example, uses a first-person perspective to narrate “The Art of Peer Pressure,” a commentary about the negative influence young men can have on each other. Lamar places the listener in a scene with him and his friends “four-deep in a white Toyota/A quarter tank of gas, one pistol, and orange soda.” His friends end up in conflict with a rival gang that leads to a shooting. “I’ve never been violent, until I’m with the homies,” raps Kendrick.

Kanye, like his contemporaries, is a storyteller. The way Kanye breaks the traditional mold of hip-hop storytelling is what sets him apart from other rap artists. Ye’s style of narration is subtle, indirect, and ingenious. Kanye is not just a storyteller. Kanye is the story. The story of Mr. West is not communicated through cool, dispassionate narration, but through drama. Each album is a movie that further develops this drama.

“West's natural process,” Chris Lambert writes in Forbes, “has been that each new album is a time capsule of what happened to him in the period leading up to the work.” Each album put together forms a dramatized story of the artist’s life. Lambert points out a clip from 2003, where Kanye compared his beats to “scores to scenes... in the (album’s) movie.” This is why his musical projects can frustrate even when they deliver. Never the literalist, Ye prefers showing over telling.

The Life of Pablo (TLOP) provides the most striking example of Kanye’s eccentric narrative style. TLOP is a modern retelling of the conversion of the apostle Paul, a dogmatic Jewish official who persecuted Christ’s followers in the early days of Christianity. While on his way to imprison Christians in Damascus, Christ appeared to him in a vision, and Paul’s life was forever changed. TLOP is a story about conversion, with “Pablo” representing a modern Paul (“Pablo” means Paul in Spanish).

With a flurry of tweets leading up to the album’s release, Kanye compared himself to Paul, confirming that Kanye was comparing Paul’s conversion story to his own. The cover art extends the symbolism in the album’s title. The cover shows two images, a family wedding photo and a half-naked model, both framed by the words “which/one.” TLOP is about choosing between two competing ideals: The materialistic lifestyle of a celebrity megalomaniac, or the disciplined path of the Christian family man. 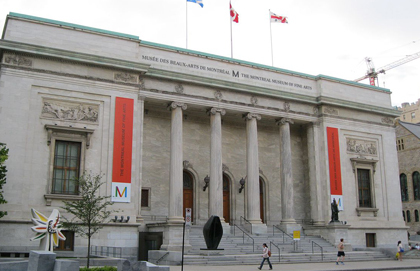 Start the Revolution Without Me
The Extraordinary Ordinariness
According to Doyle

Often criticized for being disjointed, the album reflects a conflicted struggle towards conversion. The first song, “Ultralight Beam,” features a church choir and a prayer from gospel icon Kirk Franklin. After this lofty introduction, Kanye transitions to “Father Stretch My Hands,” in which he fails to reach a distant God, and settles instead for a graphic retelling of a sexual conquest. The confusing soundscape and contradictory lyrics in the album represent Kanye’s difficulty to become Saint Pablo. The album’s journey is reminiscent of St. Augustine who, while still unwilling to let go of his sexual licentiousness, cried out, “Convert me Lord, but not yet!”

Kanye, like his contemporaries, is a storyteller. The way Kanye breaks the traditional mold of hip-hop storytelling is what sets him apart from other rap artists.

The Life of Pablo, and later projects such as Kids See Ghosts and Ye, hint at resolution, but are more of a cry for help than anything. If TLOP’s tumultuous journey to sainthood was not enough to demonstrate Kanye’s desperation for salvation, Kid Cudi closes out Kids See Ghosts by repeating the phrase, “Lord shine your light on me, save me, please.” Apparently, God answered Kayne’s cry for help. After embarking on his most explicitly Christian project to date—his gospel and hip-hop blended Sunday Services—Ye became a committed Christian.

Kanye’s commitment to the Christian Gospel shines through his latest album, Jesus is King (JIK). Having finally found God, Kanye gathers his listeners around for a full-throated proclamation of the Gospel.

“Now that I’m in service to Christ, my job is to spread the gospel, to let people know what Jesus has done for me,” Kanye explained in a recent interview with Zane Lowe for Apple Music. JIK ties in aspects from his earlier projects to reflect that Kanye is a changed man but is still the same Kanye fans know and love. Throughout the album, it's easy to recognize Ye’s signature sampling style, the Yeezus-style scream at the end of “Follow God” and the rich brass ensemble of “Jesus is Lord” that take listeners back to epic classics like “Touch the Sky” and “All of the Lights.”

Unsurprisingly Kanye throws a few curveballs, too. “Closed on Sundays” provides a good example. As is typical with Kanye, there is more than meets the eye in his ode to Chick-fil-A. A song that first appears to be a simplistic gag represents a Kanye-esque meditation on the Sabbath. The traditional Christian practice of setting aside a day for God represents God’s primacy over competing concerns. When Christians give God their Sundays, they symbolically give him their lives. Kayne plays off this theme in his song: “Hold the selfies, put the 'Gram away/Get your family, y'all hold hands and pray.”

Kanye has long been fascinated with the concepts of slavery and freedom. In “New Slaves,” a track off his earlier Yeezus, Kanye talks about the moving from one form of slavery to another. Instead of picking cotton on a plantation, Kanye finds himself picking cotton textile samples for designer clothes (“Doin' clothes, you woulda thought I had help/But they wasn't satisfied unless I picked the cotton myself”). Kanye sees himself enslaved by a consumerist culture; a culture that white elites benefit from. With this in mind, Kanye’s controversial message that African-American slavery “is a choice” is misunderstood. For Kanye, you can have free choice, and still choose to engage in a culture that promotes “mental slavery.” “Four hundred years later, we buyin' our own chains,” he raps on “Saint Pablo.”

Up until JIK, Kanye’s search for freedom was constantly frustrated by his ambition and addictions. A few short songs after his lucid insights in Yeezus, Kanye falters. His revolutionary polemic in “New Slaves,” is abandoned for “I’m In It,” a crass song about his sexual compulsions. Try as he may, Kanye cannot break free from his chains of addiction. In “Closed on Sundays” Kanye finally finds freedom in submission to God’s will: “Follow Jesus, listen and obey. No more livin' for the culture, we nobody's slave.” With this line, St. Pablo articulates one of the greatest paradoxes of Christian theology. Only when you give yourself to God, are you fully free.

Kanye West is famous for going against the grain. In an age of quick streaming, radio singles, and premade playlists on shuffle, Kanye prefers making albums to standalone hits. He is not one to satisfy consumer demands and market trends. As one fan aptly put it, Kanye gives fans “s*** you didn’t even know you wanted.” Kayne fans did not ask for a gospel/rap album, but they got one. Judging by the charts, they are happy that they got what they did not ask for. Whatever he does next, Kanye is bound to continue throwing listeners for a loop. Fans will continue to support him regardless. And after listening to Jesus is King, they might start praying for him too.

Start the Revolution Without Me

Montreal's Museum of Fine Arts features a summer exhibition, Revolution, paying tribute to the 1960s. Convivium Publisher Peter Stockland drops by and finds the only thing missing is the whole truth about that often dangerously demented decade. Did they forget how to spell Charlie Manson's name?

What that reminds us is that while John Doyle is fighting the true fight in contending that TV has surpassed the novel as our "most important vehicle for sociological and psychological truth," cinema actually laid a licking on book-bound literature first Whenever Globe and Mail TV critic John Doyle ...