It’s part of the election ritual in Canada that books appear “just in time for the campaign” to assess the just-completed term of the incumbent government. John Ivison’s Trudeau: The Education of a Prime Minister and Aaron Wherry’s Promise and Peril: Justin Trudeau in Power, released in late August, are the 2019 offerings. While the temptation proved too great for political junkies like myself, neither book will ultimately survive as the definitive assessment of Canada’s twenty-third prime minister.

Not that they expected to. Assessments made while the subject is still in office can at best be provisional. Further, whatever the story was after three years (which both authors acknowledge was what they were trying to capture when they started writing their books), the high-profile resignations of two cabinet ministers, the clerk of the Privy Council and the Prime Minister’s Principal Secretary in response to the publicity surrounding the government’s relationship with SNC Lavalin in early 2019 changed a great deal.  Both authors acknowledge that significant rewriting had to take place once this issue took over the news, although Ivison in particular interpreted these events as confirming his basic thesis.

“This wasn’t a government that had achieved as much as he wanted to, mainly because it had an overly ambitious mandate or platform, and certainly that Trudeau and his gang misjudged Canada as a more progressive country than it actually is,” Ivison says.

Wherry, whose direct access to the prime minister gives his book a bit more of an “insider” feel, frames Trudeau’s prime ministership as being driven by a desire to “do” something. He writes, “For four years, a uniquely suited but imperfect prime minister has thrown himself at a selection of the thorniest challenges of this era, attempting to chart and champion a path for liberalism at an anxious moment for the country and the world.”

There is little in either book that will surprise those who follow the news carefully. The focus on branding for every initiative, arguably coming at the expense of content and delivery, has been oft discussed. Whether it is highlighting the social dimensions of budgets by insisting on a gender-analysis for every economic proposal; proposing new chapters in free-trade agreements dealing with progressive themes but arguably of minimal impact; and catering to identity politics (at the expense of aspirational progressive politics) are sub-themes to the stories that Wherry and Ivison tell.

“Fairness for the middle class” has morphed to an “appeal to people engaged in the culture wars over inclusiveness, Indigenous issues and climate change. Among the believers in the identity agenda, there is a sense of certainty about everything that many of us would like to feel about anything,” as Ivison puts it. 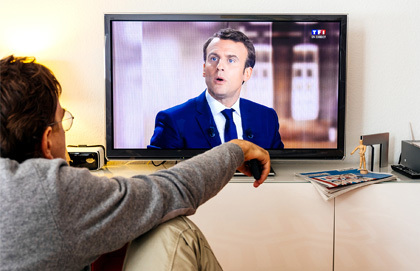 To be sure, the upcoming election campaign and vote will be more definitive in determining the legacy and impact of Justin Trudeau. Ivison’s conclusion is that “few Canadian governments have been as vainglorious as this one” and while careful not to make predictions, the implication is that Canadians are tiring of Trudeau’s “ideologically blinkered crusade that will not be swayed by fact or circumstance.”

There is little in either book that will surprise those who follow the news carefully.

Wherry’s take is more generous.  He reports that when Barack Obama first advised Trudeau to “hold the top of the hill,” Trudeau’s instinct was to disagree. “No, it’s not enough to hold – we gotta get out there.”

Wherry frames Trudeau as a flawed, yet very sincere, idealist: “(H)e has been exactly as advertised. He has been enthusiastic and eager, a bit audacious and periodically a little theatrical. He has been a very public figure. He has been proudly idealistic. He has pursued an ambitious agenda. His priorities have remained relatively consistent, however much the details of the follow-through might be debated. It has not always been smooth and tidy. His imperfections have been apparent. And he has been able to find the sort of trouble that should have been avoidable.”

Having carefully followed the prime ministership of Justin Trudeau through the steady drip of daily coverage, impressions form and readers are likely to find in these biographies enough to reinforce their biases.

Is Prime Minister Trudeau an idealist, conscious of the privilege into which he was born and eager to give back to Canada, shaping it towards his own progressive ideals? In that case, the missteps of his government, while frustrating, are likely to be considered forgivable by progressive Canadians and simply the clay feet of a well-intended leader. Others view these missteps as the messianic mindset of a leader who senses he was destined to lead the country towards a progressive promised land. If that’s true, these missteps are likely to be understood as a fundamental character flaw of a leader who believes a different set of rules applies to him than to others since the progressive ends justify the means to get there.

Ivison observes that the premise of Trudeau’s re-election is that the country is as progressive-minded as he thinks it is – a premise Ivison questions. October’s vote will help answer that question. However, these biographies implicitly pose a second question, especially relevant to voters who are sympathetic to Trudeau’s progressive tendencies.

Are Trudeau’s missteps a fundamental character flaw that arguably is an antidote to the very progressive egalitarian politics he espouses? If so, his progressivism is likely always to be more communications and brand than delivery. If he is a true believer, it is more reasonable to expect him to learn and be shaped by the ideals he aspires to, even if it is through a messy public process of leading a country.

It takes more than an opinion, book or even an election to measure a man. But both of these offerings do provide perspective that help us in the process.

Steady As She Goes

What Canadians heard in Wednesday’s throne speech might not be exactly what the government intended or even exactly what they said. Communication is difficult, especially when swimming in COVID-infested political waters, Ray Pennings writes.

The Cleansing Power of Daylight

With the "blackface" make-up photo of Justin Trudeau comes the hope for an end to the mud-slinging politics that have covered the election campaign to date, writes Fr. Raymond.