How should allegations for sexual abuse, harassment or assault be handled outside the criminal justice system? That question is dominating the news, and will have a serious impact on our common life together.

This week the American Senate is debating how to handle an accusation against Supreme Court nominee Brett Kavanaugh made by a professor who says that, while in a drunken state, he was sexually aggressive toward her at a high school party 36 years ago. Kavanaugh vehemently denies the incident ever took place, and that he has ever acted that way toward anyone at any time or in any place.

Last week, NDP leader Jagmeet Singh was subjected to withering criticism by almost all the former New Democrat MPs and MLAs in Saskatchewan for his decision to boot MP Erin Weir from caucus after accusations of sexual harassment. A secret investigation found that Weir was guilty of standing too close to women when speaking, and not picking up on non-verbal cues. What has struck some as Weir being a creep might just as likely social awkwardness. Singh packed him off to sensitivity training, but even then has ruled that a safe workplace requires Weir be persona non grata.

Also last week, the New York Review of Books ran an essay by Jian Ghomeshi, who was fired from his popular CBC radio show four years ago after some 20 women accused him of sexual assault. Some of those charges went to criminal trial where the case against him fell apart so quickly he did not even have to testify in his own defence.

He was acquitted on all charges.

He wrote as essay arguing that he was a victim of the excesses of the #MeToo movement before there was such a thing, a claim that brought such opprobrium down upon Ghomeshi and the magazine that its editor, Ian Buruma, was fired – or at least left immediately and unexpectedly in a manner and timing that would suggest just that.

Leslie Moonves, one of the most powerful men in entertainment as the head of CBS, resigned after Ronan Farrow – the same New Yorker author who exposed Harvey Weinstein – wrote an exposé that included the claims of a dozen women accusing him of sexual harassment and worse. Moonves denies the claims but resigned, and his reputed $100 million dollar severance package was put on hold pending an internal CBS investigation. If the allegations are shown to be true, the severance package will presumably not be paid as Moonves will have been fired for cause. As an indication of what the likely findings will be, CBS has already given $20 million to women’s initiatives that support the #MeToo movement.

And in the Catholic Church, as I wrote a few weeks back, sexual abuse allegations have dominated this summer of shame. Cardinal Theodore McCarrick, retired archbishop of Washington, D.C., was withdrawn from all public ministry. An internal church review panel found “credible and substantiated” the allegation that, 47 years ago, McCarrick fondled a 17-year-old. The allegation was made last year, and the investigation concluded this spring.

But what about those matters that will never get to a court, or that police will decline even to investigate after decades?

McCarrick asserted his innocence, but has not appeared or spoken in public, and in July resigned from the College of Cardinals, an exceedingly rare step. It is widely assumed he is guilty. 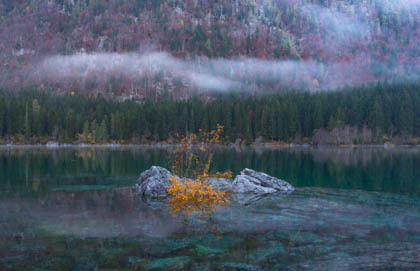 Meanwhile, in Melbourne, another cardinal, George Pell, Australia’s most senior Catholic cleric, is on trial for accusations that he fondled boys in the mid-1970s. Cardinal Pell loudly and defiantly asserted his innocence and demanded his day in court to clear his name. He is on a leave of absence while fighting the charges.  Quite a wide constituency believes his prosecution is the result of a politically hostile climate in light of a royal commission that examined sexual abuse in all sectors of Australian society but focused largely on the Christian churches.

How then to handle allegations that date back quite some time, even several decades? The criminal justice system is largely unable to deal with such matters, either because the alleged behaviour was not strictly criminal or, more often, because the statute of limitations has run out.

In the case of Ghomeshi, charges were brought to trial, as also in the case of Cardinal Pell. Ghomeshi was acquitted. Does that mean that Ghomeshi should be restored to his former public life?

Evidently not, as the CBC has not taken him back and as the reaction to the New York Review of Books essay shows.

“I expected that there would be strong reactions, but my hope was that it would open up the discussion about what to do with people who have misbehaved, but have been acquitted by a court,” said Buruma, now the ex-editor. “I made a themed issue about #MeToo perpetrators who were not convicted by the judiciary but by social media. And now I am on the pillory myself.”

It is obvious that the CBC or the New York Review of Books can (and should) have higher standards than the criminal law. The behaviour that Ghomeshi confessed to is clearly degrading and exploitative, and it is perfectly commendable that decent people would not want him associated with their enterprises. So full rehabilitation does not follow automatically from criminal acquittal, though in some cases a criminal investigation and trial can be tools in an exoneration in the face of false allegations.

But what about those matters that will never get to a court, or that police will decline even to investigate after decades?

On one hand, it is not good for the “bar” to be raised too high for allegations to be taken seriously. We are reaping today the harvest of decades when allegations were routinely dismissed to protect the accused’s status. Knowing that, many victims resolved not to speak at all about what they suffered. As a result, justice was denied to them and other victims were put in danger. So, if the price today is that allegations see the light of day that perhaps should not, it is recompense for those long years when allegations that should have seen the light of day did not.

Still, injustice then is not resolved by injustice now, so those who are accused have a right to clear their name. That is what Kavanaugh and Pell have insisted upon. In the former case, not only is a criminal process not possible after 36 years, but is hard to know how such an allegation could even be sustained, given the lack of precision in the accusation as to time and place and the lack of corroborating witnesses.

In such cases, it seems that the purported victim should be heard, but that the purported perpetrator also has a right not to be implicated in the absence of evidence, or a pattern of alleged behaviour, as was the case for Moonves.  No doubt both parties would find that unsatisfactory.

But it seems that the best available option will remain unsatisfactory. That too is the legacy of matters being kept in the dark for too long, and too long delayed being brought to the light. For a long while, we will have to live with this. The hope is that now, in a different climate, allegations will be brought forward in a reasonably contemporary fashion, and so can be adjudicated fairly and in a timely fashion.

That’s actually what Jian Ghomeshi got, more or less. He was acquitted at trial, which he deserved, and endures continuing censure on a cultural level, which he also deserves. Messy indeed, imperfect, but not unjust.

Flying back into Washington this afternoon after days in Boston and Indianapolis, seeing the standoff between the partisan voices of the political left and right, I have thought of proximate justice one more time When anything happens in the political world that is more just than not, it is because ...