The decision by President Donald Trump to recognize Jerusalem as the capital of Israel has provoked much reaction. I commented upon one aspect of that yesterday.

From Israel’s historic enemies, who do not seem enduringly reconciled to Israel’s existence, the reaction was predictable. From American allies in Europe and elsewhere, the dominant view was that the recognition would hurt the peace process.

What I mean, rather, is that when it comes to borders and peoples, war does change things, and dramatically so. After the war is complete, the relevant peoples have to work out their life together. Yes, that does work to the advantage of the stronger party, the victorious army. But life does continue and peaceful relations are possible.

In the Israeli-Arab conflict though, almost uniquely, there has not been an attempt to deal in peace with what war has settled, but rather to see if peace can reverse what was wrought by war. That has brought neither peace, nor an absence of subsequent war.

Consider the example of Germany and Poland. The hatred of Nazi Germany for Poland and all things Polish was extreme. The Poles were subhuman, a culture to be exterminated. At the end of World War II, Poland had been “liberated” by the Red Army. Stalin’s postwar settlement was to take the eastern third (more or less) of Poland and incorporate it into Ukraine and Lithuania, both of which were then part of the Union of Soviet Socialist Republics. Poland was then moved westward on the map, roughly maintaining its size by taking in the eastern territories of Germany (Breslau became Wroclaw, Danzig became Gdansk).

This was accomplished by pure military force, not peace negotiations. Populations that were on the wrong side of the new borders were forcibly expelled, long before the term “ethnic cleansing” was coined. Russia had won, Germany had lost, and Poland – as Polish mordant wit puts it – had lost the war twice, first to Hitler and then to Stalin. It took only about twenty years, though, before Germans and Poles had largely reconciled, living within the new borders. Now, Poland and Germany are EU partners, and Poland and Ukraine enjoy warmer relations than was previously thought possible. 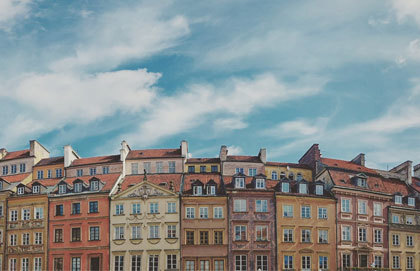 The Beginning of the End: Lessons on the Fortieth Anniversary of St. John Paul II’s First Visit to Poland
The Future of Canada’s Day
The Conversation
Recognizing that war has consequences for nations and borders and capitals is to acknowledge reality. Recognizing those consequences also can prepare the ground for peace.

Without denying any of the suffering or hardship or injustice in the Israeli-Arab conflict during the 20th century, the horrors visited upon Poland, Germany and Russia were of orders of magnitude greater. Yet peace could emerge – not without hard work – once the results of war were accepted.

This is not a lesson alien to the Middle East. The entire configuration of the Middle East is the result of the Great War, during which the Ottoman Empire was liquidated. The victorious powers, Britain and France, divided up the imperial territory into the current set of Arab states – which is why their borders are such neat, straight lines – and the British Mandate in Palestine. If Jordan and Iraq can live in peace, it is not because they mutually agreed upon their borders, but because they decided to accept and live with, and within, what war wrought.

Even the Israeli-Arab peace process is the fruit of war. Egypt, recall, ambushed Israel on Yom Kippur in 1973, hoping to recover the territories it lost in the Six Day War of 1967. It was Anwar Sadat who decided to make war on the Jewish holy day, hoping to gain military advantage while Israelis were fasting and at prayer. But it was the same Sadat, defeated in war, who then sought peace. War first, peace second.

The Oslo Accords in 1993 similarly followed only after the Gulf War of 1991. Yassir Arafat had backed Saddam Hussein, much to the displeasure of his bankrollers in Saudi Arabia and the Gulf States. After the war, his money threatened, Arafat was frog-marched to the negotiating table. War first, peace second.

All of which is rather disheartening from the religious, or merely humanitarian, point of view. It would be better, surely, if concord could be reached otherwise. But in a world marked by sin, it seems that both war-making and peace-making have their role.

Should there be another Israeli-Arab war to advance a lasting settlement? Please God, no. But the results of war have to be taken into account, which is, in part, what Donald Trump was arguing yesterday. Jerusalem is obviously Israel’s capital. Its general shape and size were determined in wars 69 and 50 years ago

Recognizing that war has consequences for nations and borders and capitals is to acknowledge reality. Recognizing those consequences also can prepare the ground for peace. The alternative is to await the next war to reverse the last one in a sort of lethal cycle.

Jerusalem is unique amid world cities. It uniquely is the holy city, the city of God’s visitation. The modern State of Israel is also unique, alone established by a UN resolution. Yet for all its uniqueness, Israel and its neighbours would also benefit from being treated more like other countries. What other country does not have its capital – more ancient than the city of Rome – recognized?

May the peace process continue. But first, perhaps the war process must conclude.

The Future of Canada’s Day

Indigenous accusations of genocide made our 150th birthday a day of repentance with sporadic fireworks, says Father Raymond J. de Souza. That's not good for Canada. It's even worse for Aboriginal Canadians.

Convivium editor-in-chief Father Raymond J. de Souza sits down with Poland's Lech Walesa on the 25th anniversary of the collapse of communism