I was born with my eyes wide open, my parents tell me, unblinking at the bright world I had entered, several days later than anticipated, in midwinter. And so it seems I have continued to live: curious, hungry for clarity, attempting to fit the fullness of all things into my finite mind, all while weathering the cold, albeit of an existential variety.

Knowing how much darkness exists in the world, it seems disingenuous to claim being well acquainted with it.  I have not experienced a life of abuse, been denied civil freedoms, or the love of family. Yet, if there is anything I can speak of with certainty, it is the heavy shadow of depression that regularly haunted me from my pre-teen years, one that seemed bent upon obscuring the desire so present at my birth: to truly see.

It isn’t that I couldn’t see anything at all. It’s that what dominated my thoughts was the troubles of the world, and in my teen years, that largely consisted of the wilful cruelty of the bullies at school.

The rude girls in the locker room who made fun of the pale, nearly invisible blonde hair on my legs.

The good-looking (so others said) guy who called me a slut in my drama class à propos of nothing.

The several-hundred-pound rugby player who slammed me in a door frame and then fauxpologized to a class of laughter.

A ray of light had to break through to me first, and I had to accord it as much – and eventually a greater amount of – importance than the more familiar darkness.

I came to equate meanness with profound stupidity. “Those people”, I concluded, were absolute trash, and I was nothing like them. That pride, coupled with resentment, hurt, anger and distrust all mixed into a noxious cloud of depression that I couldn’t disperse. Continuous, obsessive rumination over the wantonness of it all, combined with a sensitive, thoughtful nature resulted in a well-worn path of deep shadows in my mind.

Those shadows hung over my professional pursuits as an artist, over the greatest love of my life, and, most painfully, threatened my faith in a God in whom I believed but whose presence often seemed shrouded, distant. The things I did see most clearly and believed were my own inadequacies and limits. As self-centred as that may seem to me now (and, I might add, woefully lacking in a sense of humour!), the feeling of the absence of light and hope was undeniable. The darkness felt – no, was – real to me, and its painful memory is never far off.  I remember waking up disappointed that I had not passed away in my sleep, or that the world was just as I had left it when I was last conscious.

Thankfully, after many years, I came to know a truth about darkness: it is not in itself real.  In fact, it obscures what is real. One might describe it as a lie, one that whispers: “There is nothing to see” or “Nothing can be seen”, or “There is light but it doesn’t matter for you will never see it.” Light, by contrast, even the tiniest bit, is a promise. It points to more, to something beyond what the present moment reveals.

I wish I could say I came to this realization through careful analysis, reaching a certain age, and then by a series of clear steps pulled myself out of the pits. But just as we cannot simply will ourselves into seeing in the physical dark, neither can we do so in the spiritual kind. Rather, a ray of light had to break through to me first, and I had to accord it as much – and eventually a greater amount of - importance than the more familiar darkness. I had to decide that this strange and singular light could possibly be truer and more trustworthy than the reliable pattern of disappointment and dimness to which I had become accustomed, and even resigned.

I cannot point to a single moment where this occurred, though I do know both the cities of Montreal and New York both had a hand in the change. (Montreal may belong to Jesus’ mother, but God most certainly resides in New York City, and, if I had to guess, likely runs a Jewish deli). Cities speak to you, you see, and if you love them, their character can seep into your soul. So, from New York, endurance and toughness and a sense of possibility. From Montreal, a joie de vivre, the encouragement to dream, and, a sense of home.

This climb out was not easy, and staying out no more so.  What if hope disappoints? What if the light disappears? What if the promise of a better tomorrow is broken? What if I grant too much power to a possibility of change, only to be brought abruptly back to earth by the reality of my frailty?

It is one thing to wisely recognize the reality of darkness, within and without, and accept it as a part of human nature, of life. It is another to fight falling into blindness, something else entirely to courageously continue to cultivate a desire to see, as it has been said, “through the glass darkly." 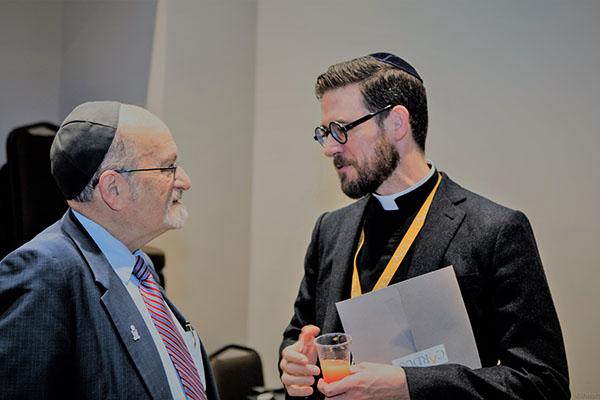 Much of the current arguing occurring in these days has to do with limited perception.  For example, we do not and cannot know all of the facts regarding the pandemic because these facts are not limited to measurable data about deaths, ongoing cases, symptoms and so forth. The data which we do have in that regard, no matter how reliable, has only been measured over one year.

We cannot predict the future of a single one-year-old human being based on his or her behavior over the first twelve months of life.  Why then, should we think something foreign to our knowledge and difficult to trace, constantly morphing in not just one body but millions of bodies - all of which have variances at a cellular level - should be that easily conquered, and the problem solved simply because we are tired of living the way that we are?

And that’s just the physical aspect. We have our human nature to deal with, in all its brilliance and sin, endless permutations of the image and likeness of God interacting with each other, both hurting and helping.

Are there people with ill will, opportunists, incompetent leaders, bullies shoving others and grasping at power? Absolutely.

Are there people of good will genuinely looking to heal others, to figure out what is going on, individuals practically losing their sanity as they try to save lives? Absolutely.

Is the virus dangerous? Yes.

Can we do something about it? Yes.

Can we know with perfect certainty the best path forward and always trust those suggesting various things? No.

Should we therefore do nothing and conclude it doesn’t exist, or it doesn’t matter, and go about our lives as if it didn’t and ignore all authority? No.

Suggesting people “seek the light” in dark times might be dismissed as sentimental in the face of suffering. Yet it is the only chance of survival, let alone of human flourishing.

COVID-19’s existence or its demise doesn’t depend on our opinions towards it, or even what we know about it. It won’t go away simply because we are tired about it or want it to not be real. We could be correct in our assessment and enacting the solution might be impossible, especially on an individual level. Or we could take all the correct steps and it may do something unexpected.

I knew I was depressed and I didn’t like it. I wanted it to go away. I found myself personally powerless to will it away because the very thing that is compromised in depression is the will, and certain circumstances are simply beyond my control. I very much wished I could imagine my bullies away or go about my life as if they didn’t exist. Sadly, they persisted in existing and kept on affecting my life. (Except for the guy in drama class who sadly committed suicide.)

How does light pierce through then?  What can we do as limited creatures?

Suggesting that people “seek the light” in dark times might easily be dismissed as sentimental in the face of genuine suffering. Yet it is the only chance of survival, let alone of human flourishing. It is the most practical thing one can do, and the greatest antidote to falling into despair. While we may not be in control of the light, we can do our best to find the rays that are visible and stand in their warmth. We can bring others incapable of moving out of the shade into those spots.

Who is demonstrating love? Listen to them.

Who is working hard to protect the most vulnerable? Imitate them.

Who demonstrates a desire for integrity, even in the face of conflict? Learn from them.

Who gives without receiving in return, acts without self-interest? Trust them.

Where is there goodness? Seek it.

Where is there joy? Make room for it.

Where does God meet you? Go there.

For the light of the world that we are as Christians is not a light we generate ourselves but is “the light that shone in the darkness and the darkness did not overcome it”. The greatest Truth we can seek, and bring, is Christ.

Whether the pandemic continues or not, Christ is King.

Whether Trudeau or Legault are competent or comprehensible, Christ is King.

Whether we are taken over by a totalitarian regime or not, Christ is King.

If they shut all the churches, or the US goes to war, if millions more die, if we run out of toilet paper and patience, He will still be King.

So come out. Breathe in (as deeply as you can, in a mask). Cry. And open your eyes.

A Rabbi for the Long Way Home

Blinded by the Light

The hope of Christmas is this: The Lord himself invades the grave, and like a candle in a dark room, casts light all around.