OTTAWA – Islamophobia is certainly a bad thing. There are no good phobias, are there?

In March, the House of Commons passed M-103, known as the “Islamophobia” motion, which called for the government to “condemn Islamophobia and all forms of systemic racism and religious discrimination.”

Controversy erupted over the ambiguity of the term “Islamophobia.” Did it include any comments critical of Islamic doctrine and practice? Islamophobia is a bad thing, but what kind of thing is it exactly?

The House of Commons Committee on Canadian Heritage is holding hearings on M-103, and I was invited to appear before the committee to offer some views. I appeared on Wednesday, and on the whole it was a positive experience.

In a departure therefore from what I usually write in this space, I thought readers might profit from a report on my experience before the committee.

Here is the motion itself. A disclaimer:  the language is as it was passed in the House and its appearance on Convivium does not indicate that the editors have abandoned their view that the English language ought to be both clear and beautiful. 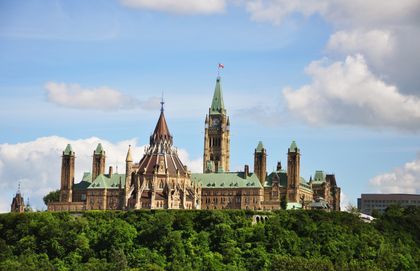 That, in the opinion of the House, the government should: (a) recognize the need to quell the increasing public climate of hate and fear; (b) condemn Islamophobia and all forms of systemic racism and religious discrimination and take note of House of Commons’ petition e-411 and the issues raised by it; and (c) request that the Standing Committee on Canadian Heritage undertake a study on how the government could (i) develop a whole-of-government approach to reducing or eliminating systemic racism and religious discrimination including Islamophobia, in Canada, while ensuring a community-centered focus with a holistic response through evidence-based policy-making, (ii) collect data to contextualize hate crime reports and to conduct needs assessments for impacted communities, and that the Committee should present its findings and recommendations to the House no later than 240 calendar days from the adoption of this motion, provided that in its report, the Committee should make recommendations that the government may use to better reflect the enshrined rights and freedoms in the Constitution Acts, including the Canadian Charter of Rights and Freedoms. (Private Members' Business M-103)

I include here my remarks to the committee, followed by some observations of the hearing itself. Here is what I prepared:

Thank you for the invitation to address this committee regarding M-103. There are several issues addressed by the motion, and the language is sufficiently bureaucratic to make it difficult for an ordinary person to understand what exactly is being contemplated. It is difficult therefore to respond with any specificity. Permit me, then, to make four points.

Shahbaz was killed out of hatred for his Catholic faith by people who shared the same race, but were of the Islamic faith. Religions, of course, include many different races. For example, my Church, the Catholic Church, is by far the most multiracial institution on earth today. Every day Catholics endure persecution, even martyrdom, and it is not because of race. Anti-racism efforts do not address the problem of religious discrimination.

Thank you for granting me the opportunity to address you, and I pray God’s blessings upon your work.

The other witnesses made points that I found of interest: