The Six Day War, the 50th anniversary of which falls this week, fundamentally re-shaped the Arab-Israeli conflict, the wider Middle East, and global politics. That week in June 1967 set in motion forces that dominate international relations today.

For Jews in Israel and throughout the diaspora, the routing of the more numerous Arab forces was a victory on a biblical scale. The establishment of Israeli sovereignty over the Western Wall in the Old City, in the words of Psalm 126, “seemed like a dream”. For the first time in two millennia, Jews were sovereign in a united Jerusalem, over their holiest place.

The Six Day War made the holy places more accessible for both Jews – who previously were barred from the Old City – and for Christians too. Israeli sovereignty over the Old City, whatever it might mean for global politics and security, has been very good for pilgrims to the world’s spiritual capital – even if local Christians have grievances.

Yet to examine the Six Day War’s religious significance only from the Jewish and Christian point of view is obviously incomplete. The Israeli capture of the Old City was, from an Islamic point of view, a historic catastrophe. That perspective needs to be understood.

It is necessary to go back another fifty years before the Six Day War, to 1917. The Great War was moving toward its conclusion. Three great empires would fall by war’s end – the Prussian Kaiser, the Habsburg Emperor and the Ottoman Sultan. The last had control of Palestine, including Jerusalem. Already during the war, the British and French began to plan for the division of the Ottoman territories in the Middle East, formalized in the Sykes-Picot agreement of March 1916.

Regarding Palestine, the British would be given the mandate to govern there. And in 1917, the British Balfour Declaration indicated the possibility of a new Jewish state in the land of Israel, fulfilling the Zionist project of Jews returning to their ancestral homeland. It would be another 30 years before the United Nations would vote in 1947 to end the British Mandate in Palestine and to create two states, a Jewish one and an Arab one. 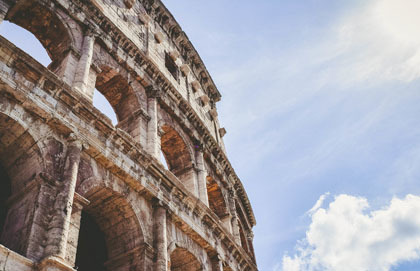 A Conversation with David Johnston
From Sea to Sea: A Continuing Survey of Religion, Culture and Public Life
Enchantment and God's Green World

Looking back from 2017, especially from the West, the default is to think of Jerusalem as an obviously Jewish city. But from the East it had not looked that way in a very long time.

The conquest of Jerusalem by Islamic armies in 636 was of utmost symbolic importance – the holy city of Judaism and Christianity had been taken.

With the end of the Ottoman empire, Islam lost its geopolitical expression on the world stage. The great territories of Arabia were carved up by the British and the French, a dramatic consequence of Islam’s defeat at the hands of (what many Muslims consider) Christian Europe. More vivid still was, as an immediate consequence of that defeat, the British mandate over Palestine and the loss of Jerusalem.

The conquest of Jerusalem by Islamic armies in 636 was of utmost symbolic importance – the holy city of Judaism and Christianity had been taken. The Islamic geopolitical presence expanded and contracted over a millennium but, with the exception of the crusader interludes, Jerusalem remained a Muslim-controlled city. Islam would expand into Europe, from the south into the Iberian peninsula, and from the east to the gates of Vienna. Yet it was denied a European capital to indicate is global reach. The one city that geopolitical Islam had that mattered to the West was Jerusalem, a city at the crossroads of Europe and Arabia, and the world’s spiritual capital.

Jerusalem’s most distinctive features – the 7th century Dome of the Rock and the 16th century walls of the old city – were Muslim constructions. After the First World War, it was lost to “Christian Europe”. When would Muslims reclaim it?

From the Western perspective, 1917, 1947 and 1967 are about an aboriginal people returning to their ancient homeland. From the East, a thousand-year presence was interrupted from the West.

The creation of the State of Israel by the United Nations after World War II was a consequence in part of Zionism and in part the Holocaust – a safe national homeland for the Jewish people at a time when independence was coming to colonies the world over. The contrasting view is that historic Muslim lands had been lost when Islam was geopolitically weak, first to Christian Europe and then to world Jewry. The defeat of the Arab armies in the 1948 war only confirmed that Jerusalem had been lost only because Islam was militarily weak. In a common Islamic reading, it is the First World War, not the Second World War, that determined the (unjust) settlement of the Middle East.

The first sustained attempt to recapture what had been lost in the First World War was the project of Arab nationalism. The Arab nation as a whole would reconstitute Islam’s geopolitical force, but largely on lines of secular nationalism. After that project catastrophically failed in the comprehensive defeat of the Six Day War of 1967, the project became less Arab and more Islamic.

The lethal expulsion of Christians from the “Islamic State” in territories of Syria and Iraq is but the latest manifestation of the internal war that dominates the Islamic Middle East. Can what was lost after the First World War be reclaimed – a caliphate that will unite Muslims and restore Islamic sovereignty over Jerusalem? And it is not only about Jerusalem and Israel. There are four Arab states – Syria, Iraq, Libya and Yemen – that are no longer functioning states across the whole of their territory. Those states exist in principle but not in practice. The entire Sykes-Picot settlement of borders in unraveling.

To present this Islamic reading of post-First World War history is not to endorse it. But it behooves us to understand it, to understand why this 50th anniversary of one of the most consequential recent wars is celebrated only by some, and mourned by others.