Any issue I might have with the presentation on human dignity co-authored by Father Deacon Andrew Bennett and Aaron Neil recedes deep into insignificance compared with the great admiration I have for both the authors. I have known Father Bennett for many years, and greatly value the major contributions he has made on the Canadian and world landscapes.

This article did not come out of nowhere. It is clearly a head-on confrontation with Medical Assistance in Dying—arguably the most serious health-related theological issue in Canada and beyond.

It seems the report intends to formulate an approach to the issue that couches religious positions in nuanced secular terms, such that even non-religious may adopt the proposed stance. It is rooted in the firm conviction that religious ideas are, or at least should be, universalizable; i.e., able to be understood and appreciated by non-religious people.

The question is, have the authors made a convincing argument?

Bennett and Neil anchor their arguments on the not-so-firm foundation of human dignity. They begin with an interesting discourse on dignity as a critical component of being human, and then attempt to apply this concept of dignity to the vexing issue of Medical Assistance in Dying.

They lament that the term “dignity” has not been properly defined. This is best illustrated in the oddity, well articulated by the authors, concerning the famous Rodriguez decision, in which Sue Rodriguez, who was suffering from late-stage amyotrophic lateral sclerosis (ALS), argued for access to what was then called assisted suicide.

The court, in a close 4-3 decision, rejected Sue Rodriguez’ plea. But the oddity was that both sides in the Supreme Court decision employed the “human dignity” factor to bolster their polar opposite views.

As an aside, a more accurate but less resonant term in which to frame this issue might be “human sanctity,” the sanctity of human life. This term clearly has religious overtones. For people who are not religious, it will have little relevance. But for religious people, the idea that life is sacred derives from life being a gift from God, the ultimate source of sanctity. Life is not ours to destroy. We are God’s trustees, here to preserve and enhance life, but never to destroy.

We are left trying to argue for life preservation for those who do not subscribe to the potent religious argument against MAiD. That might be an impossible task, but worth a try. After all, the religious obligation to preserve life falls upon all religionists, and for all lives, religious or otherwise, because all life is sacred, including the lives of non-believers. Will the dignity factor carry the day? 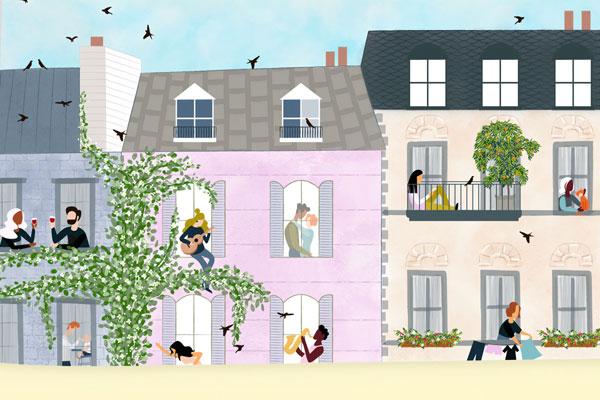 Dignity That Illuminates Community
Putting the Human Back in Dignity
Life, Law, & Dignity

On page 13, after analyzing the Supreme Court’s changed position unanimously reached in the 2016 Carter vs. Canada case, the authors reach the conclusion that “For many today, dignity concerns the freedom to make personal choices, not the inherent value of human life.“

This conclusion is highly questionable. It is not necessarily an either-or proposition; i.e., the dignity of being able to choose, versus the inherent value of life. Many who choose MAiD do so not because they reject the notion of life’s inherent value, but because they mire in such miserable circumstances that they cannot live anymore. They would like to, but they are unable.

Thus, people who cannot choose, such as infants, have less dignity. Had the authors chosen human sanctity as their foundational point of departure, this conundrum would never have arisen.

As it is, the argument itself is flawed. Autonomy being “directly associated with dignity” means that in some circumstances, a particular person has more choice options than that same person might have in other circumstances. Following this argument, it would lead to the conclusion that the very same person has more dignity or less dignity depending on the situation. That borders on the absurd.

It is wrong to state that in the case of assisted suicide, “the patient determines whether his or her life has value.” The dying patient surely believes that his or her life has value. The tormenting problem is they feel deprived of the ability to realize and fulfil that value. Alternatively, they are confronted with a reality that they cannot live, as in the case of martyrdom.

The authors claim that religious freedom does not reflect an indifference toward truth, rather it “recognizes the inherent desire that each person has for the truth and to live and be bound by the truth once they have discovered it.” This sounds more like a recipe for chaos. If everyone discovers a different truth, can they all be correct? And if my truth is more true than yours, it can become an excuse for the worst indignities, as have been endured throughout human history.

Toward the end of the paper, the authors quote Shannon Gormley’s observation that, “When people are free to choose, they may choose so differently from one another that they recognize nothing of themselves in each other.”

What does this imply? That we should have no freedom to choose? Admittedly, people may make bad choices, but if bad choice is not possible, out the window goes the most precious of human expressions – free choice. Without that, nothing we do has anything to do with us.

The authors crescendo with a plea for embracing a freedom that honours our own humanity, and that of our neighbours. No argument with this, but it hardly helps on the vexing MAiD issue.

Studies reveal that the more prevalent motivation of those who seek MAiD is not to escape from pain; rather it is because of the decreasing ability to participate in activities that make life enjoyable. Loss of autonomy, and to a lesser extent, loss of dignity, are also frequently cited reasons for such choice to end life. It is difficult to deny anyone the legal right to make such a choice, much as we may think it is an ill-informed choice.

This relatively new approach to life and death via MAiD is arguably a challenge to address the critical issue of the meaning of life. The dignity argument will not carry the day. The law of the land will not change the direction society is heading. Maybe, just maybe, an answer to this new reality is plain, old fashioned, unconditional caring for others, and for which we should consider ourselves deputized. Very few people will question the value of their lives if they hear, see, and feel how much love their existence elicits, however tenuous the hold on life may be.

In other words, not via philosophical or theological arguments will this urgent issue be best addressed; instead, by our individual and collective action to affirm and embrace the unconditional meaningfulness of life in all circumstances. Our intensive caring in life's critical and painful times is ultimately the most powerful, and perhaps the only effective response.