It's late Tuesday night and I am in my Ottawa hotel room, having spent the day reviewing Canada's federal budget for 2014-15. But this blog isn't about budgets; it is about ritual—the value of which was confirmed again for me today. 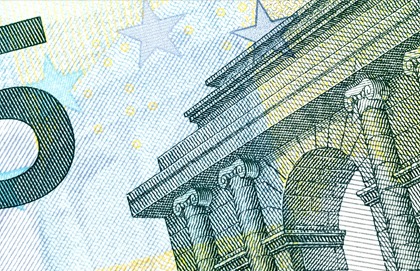 Taxes Are Good, but Charity's Better
Contempt of Lethbridge
Caricatures and Blame Games

Budgets are filled with ritual. The Finance Minister has to buy new shoes. There is the contradiction of a few hundred stakeholders locked up in a room for which they need official permission even to go the bathroom, all the while the government conveniently leaks the portions of the budget they want to receive media profile. Yesterday, as has been the case for most recent budgets, I was privileged to receive an invite to that lockup and witnessed the process in which think-tankers, industry association representatives, and other interested stakeholders are given a 90-minute sneak peak of the budget documents.

In the 30 minutes or so of nervous waiting, after we've all checked our BlackBerrys and simply have to wait until the official announcement reminds us, in both official languages, of the secrecy that we have signed up for (at risk of criminal prosecution), there is not much more to do than observe the details of the room. Canada's Parliament is a historic building and while I could not know for certain which of the Parliamentary caucuses met in this room at which times (we did not have internet access for more than two hours—can you imagine?), I found myself musing about the discussions that would have taken place in the very room where I sat. Parliamentary tradition, if properly respected, means that those outside of the room will never know the details of the arguments that have taken place here. But we do know that regardless of which caucus met here, their deliberations shaped the Canadian conversation. It reminded me of my blog last week in which I reflected on the importance (and resilience) of political party caucuses.

But beyond the (sometimes) seeming silliness that official protocol requires of participants in the parliamentary budget process, I found myself musing about the importance of ritual. Boring as they may seem, the budgets of any organizations (including governments) are pretty big deals. Mission statements, throne speeches, state of the union addresses—all of these include general platitudes and high-minded statements of purpose. It is when you examine the budgets of any organization that you discover their real priorities.

So yes, budgets are a big deal. The rituals that surround them, like any set of rituals, remind us that the thing that is about to happen is something more important than the routine things that are happening and that we ought to pay special attention to it. They are not a defining, but neither an insignificant, part of our social architecture.

Taxes Are Good, but Charity's Better

The argument for this deduction is that the charity is doing a public good and hence, deserves public support With a 30 percent credit in place, a taxpayer who decides to donate $100 to a charitable organization is concluding that a greater good will come from $170 given to the government and charit...

It's as much about helping those who are not poor feel better, delegating their compassion through government programs For those on the conservative side of the spectrum, the political dimensions of poverty have not always been handled well ...