Five years ago, Paul Seesequasis started collecting photographs depicting day-to-day life in First Nations, Métis and Inuit communities from a time when people didn’t have digital cameras.  A Plains Cree writer and cultural activist in Saskatoon, Seesequasis says he began his collection as “an experiment” after his mother testified before the Truth and Reconciliation Commission.

“Mother was a witness, a survivor of the dark history of residential schools,” he says. “She made a comment that she was tired of hearing only negative things, that there was a positive side that contributed to the strength of the Indigenous community.

“I realized then that there was an untold visual history, not just the official one. I started looking for photos that reflected that experience, pictures that were taken of but never seen by our people. The pictures reflect strength through human suffering, positive images that capture everyday life, people doing mundane things.” 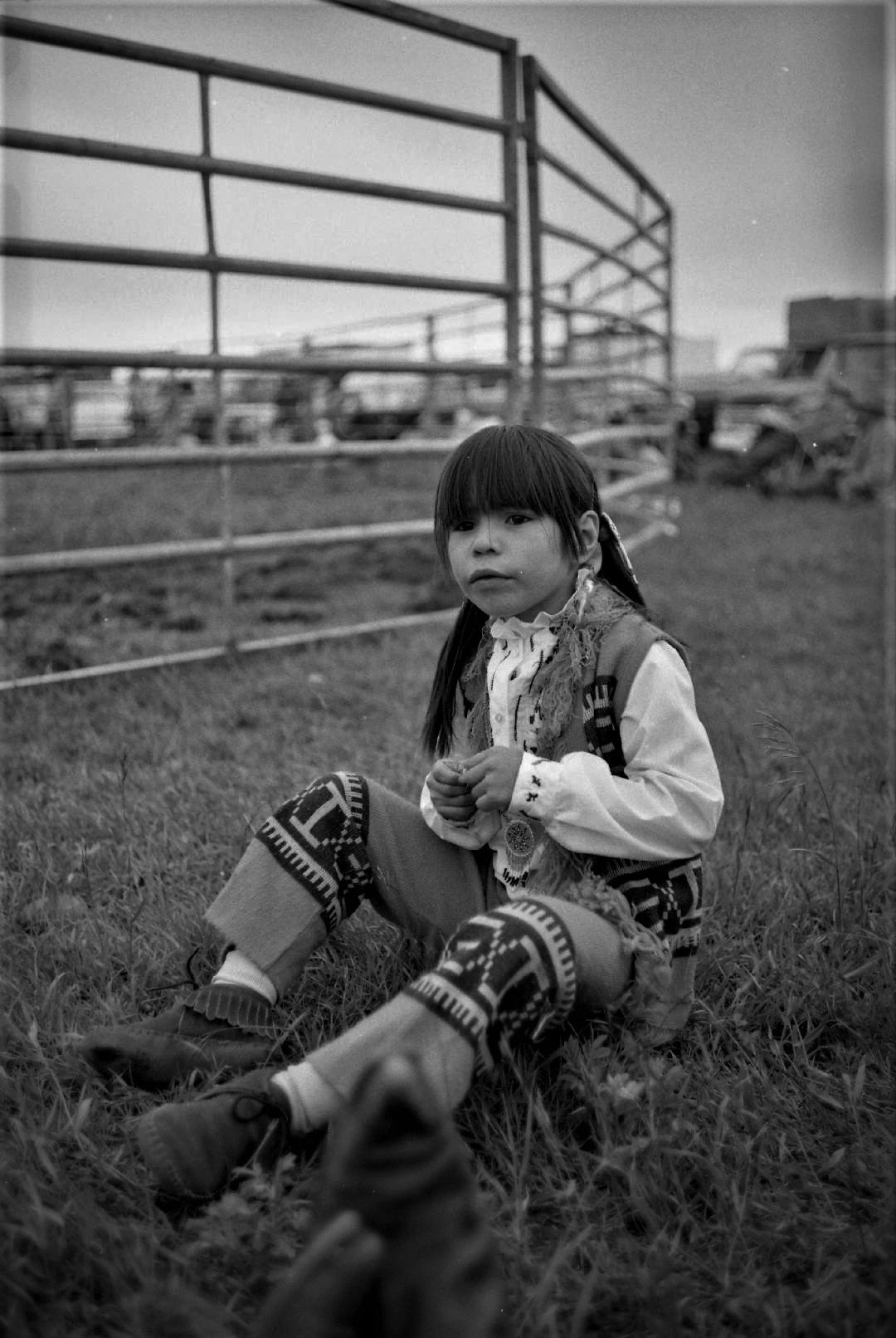 A number of the photographs in the show are by freelance photojournalist Rosemary Gilliat Eaton, whose work appeared in Canadian magazines in the 1950s and ’60s. Many others were found in private family albums.

“I was selective about the photographers and the photographs I chose. Most of the pictures were taken by non-Indigenous photographers who developed a relationship with the community. They spent weeks and weeks living with their subjects. They became embedded in the community long enough for their lenses not to be as obtrusive as a tourist’s camera.”

Seesequasis posted many of the images he found on social media to see if he could find out where and when the pictures were taken in an attempt to put names to many of the subjects. Last year, he published a selection of his images in Blanket Toss, Under Midnight Sun. 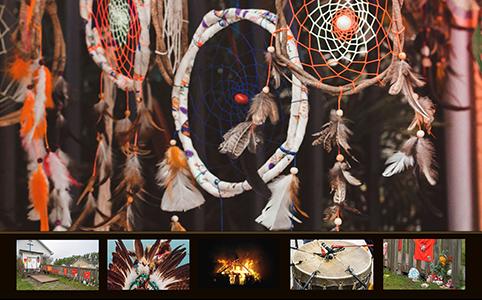 An exhibition in Nelson, B.C., followed. Then a second show was mounted this year in Swift Current, Sask.

“The exhibitions are geared to their location. The one in Swift Current is not the same as the one in B.C,” he says.

The photos on display in Swift Current are of the Nekaneet Cree by John Bennett, on loan from the Heritage Centre in Medicine Hat, Alta., as well as pictures taken in the 1920s and '30s of the Lac Pelletier Métis Settlement put together by the exhibition’s coordinator, Barb Parchman.

The result is an a simple, sincere, vernacular installation of 80 photographs called Turning the Lens: Indigenous Archive Project, which captures the humanity of another time. The show pays homage to Indigenous resilience rather than focusing on the indignity the people endured.

"For me it's a process of visual reclamation," said Seesequasis. 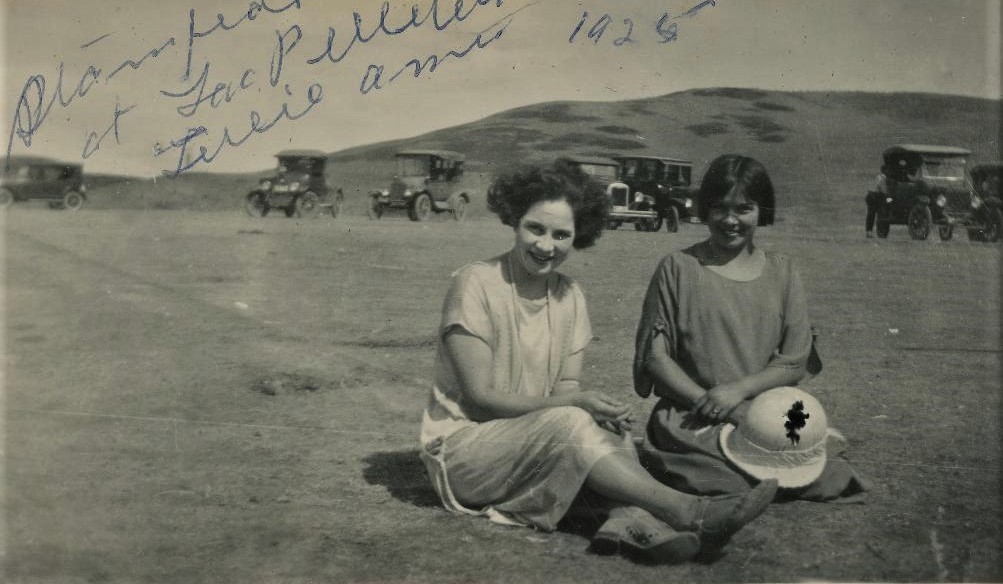 He writes in his book that in spite of the abuse and the chequered relationship between the Church and Indigenous communities, “faith is deep rooted and complex, and while the intentions of those seeking to ‘save and convert,’ were no doubt rooted in the denial of Indigenous religious beliefs and inspired by the misguided conviction of Christian missionaries and priests, it is also a fact that an unintended blending of faiths could and did occur.”

It wasn’t until 1951 that the Indian Act was amended to allow powwows to be held without interference or penalty. Photographer Edward Baker was one of the first to capture on film the important role aboriginals played in defining the culture of western Canada. Seesequasis was asked whether the visual vignettes he chose were designed to promote a romantic image of the “red man” as Indigenous people were still called at the time.

“I don’t see it as romanticism at all. The photographs aren’t staged or posed. The experience has educated me, for sure. It made me think about archives, and the communities the subjects came from. I am not consciously trying to frame a reality as it existed. The pictures speak for themselves.  It was a different time, for sure.  I take an archival photo that's sitting in a museum or library, for instance, and bring that photo and the people in it back to life.” 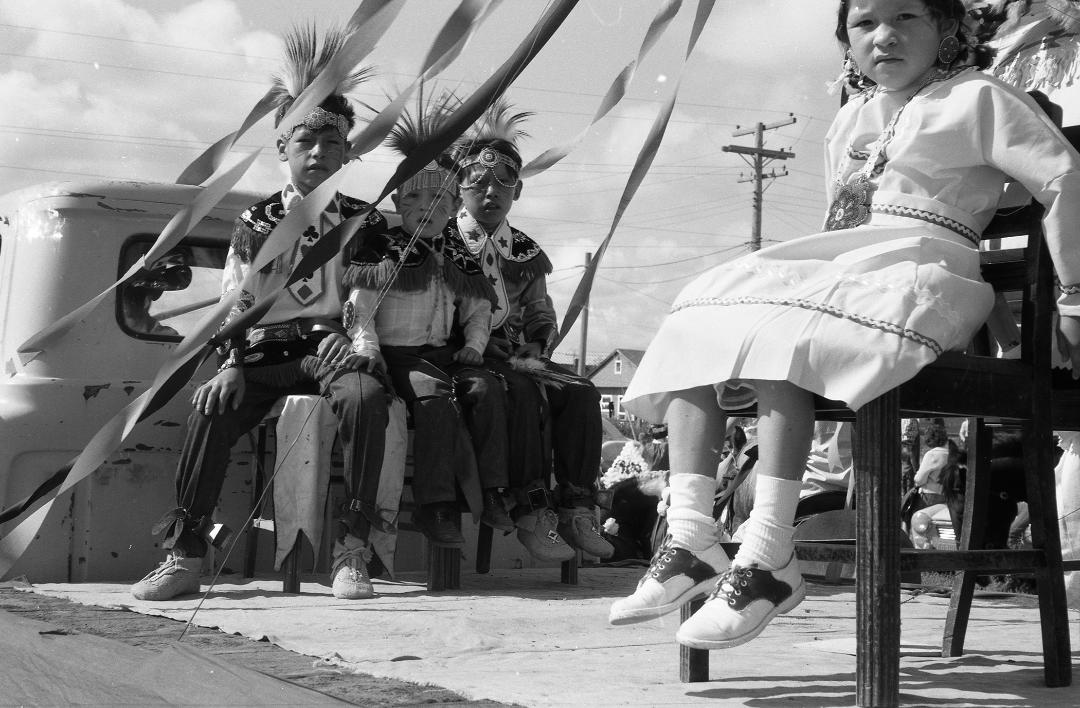