Canada's unions are in trouble, but what is to be done?

A discussion paper released by the Canadian Auto Workers (CAW) and the Communications Energy and Paper Workers (CEP) suggests that unions are "fac[ing] an enormous and historic moment of truth." While Canadian unions are known for their overuse of hyperbole, the list of problems they themselves provide suggests the problem is genuine. Here are just a few highlights from their list:

Check, check, and check. All of the above are genuine problems. 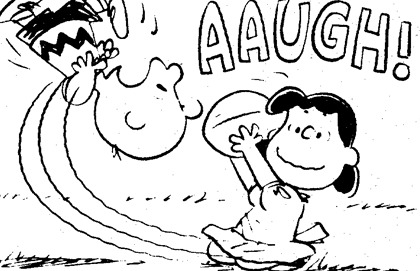 But what you don't see in the list of obstacles is, arguably, the deepest, most serious problem in Canadian unions today: the corrosion wrought by secularism.

If you listen to Lew Daly, a thoughtful writer and thinker with solid left-wing bona fides, secularism is at least one of, and perhaps the primary source of trade union decline. Speaking to the American union movement (a community in worse shape than Canada's), Daly suggests that while the technical problems noted by unions such as CAW and CEP are important and require technical solutions including, perhaps, the merger that CAW and CEP are proposing,

the deficits in these areas reflect deeper problems in our legal and political culture, likely with no immediate remedies at hand. And this brings us back, ultimately, to the question of religion . . . [W]idespread indifference and even hostility toward religion among progressives and Democrats in recent years has helped to reinforce certain trends in our political and legal culture that are equally hostile to the goals of organized labor and, indeed, to the very idea of organized labor . . .

Daly's argument is two-fold. First, that trade unions and religious institutions used to find common ground in the "struggle for rights of association and a legitimate, protected place in public law." Think, for instance, of the struggles faced by both the church and trade unions in Nazi Germany. Martin Niemöller, a Lutheran pastor who opposed Nazi Germany, even went so far as to include trade unionists in his famous "First they came . . . " statement. Think also of Lech Walesa, Solidarity and the Catholic Church in Poland or, closer to home, of the struggle shared by trade unionists and the church in Cuba today. The failure of the union movement to defend the institutional rights of religious institutions undermines the same ground that supports a robust union movement.

Second, and this is where he's most persuasive, Daly argues that trade unions are at their strongest not when they use the coercive powers of the strike or litigation, but when they leverage moral force, or what Thomas Aquinas would call directive power. Unions were at their most powerful when their "religious ideas helped to expose, more than resolve, profound tensions in American liberalism around labor issues generally and the place of unions in particular." When they turned their back on the church and its social teaching, unions' great strength was lost.

All of which calls into question the very framework of the merger talks between CAW and CEP. Mergers and greater strength might be important, but perhaps there are greater questions to be asked, such as, "How do we get the social gospel back?"

Might a union movement which seeks social, political, and financial power, rather than seeking human flourishing and fulfilment in work, be dead before it even begins? Perhaps what is needed is less talk about how to expand or maintain power, but a re-evaluation of why we work and why it's good for ...