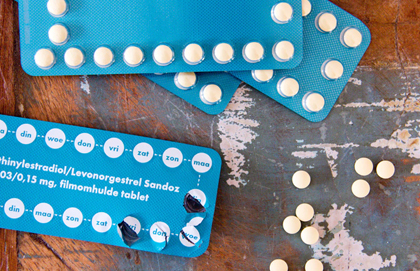 Fifty years ago this week, on July 25 1968, Pope Paul VI published his encyclical Humanae Vitae (On Human Life) on the morally licit means of family planning. It was the most reviled teaching document in the entire history of the papacy.

The pope “bans the pill” was the headline, but of course popes don’t ban contraception any more than they “ban” theft. They teach what conforms – and what does not conform – to the moral law, formed as it is by the nature of the human person, the scriptural witness, the tradition of the Church and, above all, in light of our vocation to holiness made possible by the grace of Christ.

But in 1968, the idea that Pope Paul VI would reaffirm the traditional Christian teaching on the immorality of contraception was an outrage. It was greeted as such by almost all outside the Catholic Church, and a majority within. By 1968, almost all significant social institutions had already, or were in the process of, accommodating themselves to the most significant social reality of the last century, namely the sexual revolution. That Pope Paul VI would decline to so accommodate Catholic teaching was characterised as everything from an act tyranny to embarrassing bad manners.

The sexual revolution aimed – quite successfully – at eliminating any necessary bond between love and sex, sex and marriage, marriage and children. And for that to happen, above all the bond between sex and babies had to be broken, for which easy contraception – and easy access to abortion – was necessary. When Paul VI insisted that sex and love, sex and marriage, sex and babies – all of it had to be kept together, he was speaking from a Christian tradition to a world that not only did not want to hear it but thought anyone who spoke such forfeited a right to be heard at all.

In the Catholic world, the 50th anniversary of Humanae Vitae has been marked in every Catholic publication. Quite rightly, for it divided the Church and shaped the subsequent half century. The Catholic bishops of Canada published a document celebrating a teaching that their predecessors 50 years ago sought to distance themselves from.

Over at the Catholic Herald, they republished an astonishing 1968 commentary by Malcolm Muggeridge, the great Christian man of letters. It’s worth reading about the broad mission of the Church in our age. 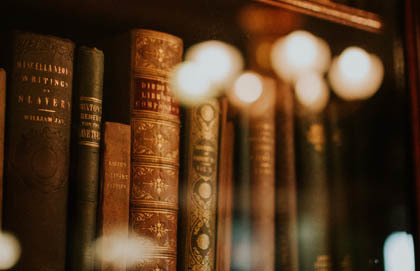 Closing The Apology Book
From Sea to Sea: Cruel Histories & Tender Mercies
Sea to Sea from Across the Sea

But Humanae Vitae’s teaching about contraception violating the deepest meaning of the marital act is not just a matter for Catholics, though obviously has most relevance there.

When Paul VI insisted that sex and love, sex and marriage, sex and babies – all of it had to be kept together, he was speaking from a Christian tradition to a world that not only did not want to hear it but thought anyone who spoke such forfeited a right to be heard at all.

Everything that followed 1968 was shaped by 1968. The authority of papal teaching was deeply compromised, as bishops, leading theologians and Catholic universities told the Catholic faithful that they could, serene in good conscience, ignore the teaching of Paul VI. That wound in the heart of the Catholic Church is still being healed, and it animated the 35-year project of doctrinal stabilization undertaken by St. John Paul II and Benedict XVI. Pope Francis, often hailed by sexual libertines for positions that he does not in fact hold, has praised Paul VI for his courage, and will declare him a saint this coming October. The extent to which the Catholic Church can be an evangelical witness to the Gospel of Jesus Christ in the 21st century is directly proportional to the extent that it leaves the dissent of 1968 behind. Those areas of Catholic life that are most vibrant today have already done so.

Contraception also poses a challenge to Protestants. Many of them share with Catholics a certain horror at what the sexual revolution wrought. But do they share the same tradition which identifies the desire to de-couple sex from procreation as the root of all that follows? The principal reformers, Luther and Calvin, were ferocious in their denunciation of contraception and all Protestants regarded the immorality of contraception as uncontroversial until 1930, when the Anglican Communion permitted it under some limited circumstances at the Lambeth Conference. Later that year, Pope Pius XI reaffirmed the Christian tradition. But the Anglicans only liberalized further their teachings on sex and marriage. The Protestant world followed Canterbury instead of Rome. Fifty years on from 1968, it might be time to consider again that decision.

When the contraceptive pill was being developed in the 1950s, the mostly male researchers doubted whether healthy women could be persuaded to daily ingest something to alter their hormonal rhythms. They turned out to underestimate the lure of sexual freedom as commonly understood.

Medicine has since come to see female fertility not as a sign of health, but a problem to be managed, first by suppression from age 15 to 35, and then by artificial replacement afterwards. For teenage girls, there is almost no medical issue for which oral contraceptives are not the preferred remedy. Contrariwise, research on the natural methods of both avoiding and achieving pregnancy have made authentic advances in understanding women’s health.

In 1968, the erosion of traditional sexual mores was near-universally viewed as an ally of women’s advancement. In 2018, has the culture of sexual liberalism and promiscuity, of which contraception is the sine qua non, been good for women? Paul VI warned that one consequence of widespread contraception would be a decreasing regard for the dignity of women on the part of men. Whether contraception was good for women can be debated, but that it was very good for predatory men is beyond doubt. Contraception did “free” women from the consequence of child-bearing, but at the same time “freed” men from the women for whom they otherwise would be expected to take responsibility.

It is arguable the oral contraceptive is the most radical ecological manipulation in history. And in the ecological movement, attention is increasingly being paid to the ecological dimension of contraception. It’s not just that fish who swim in waters polluted with the effluent of millions of contraceptive pills suffer sexual disorders. It’s that contraception is based on the premise that the natural order ought to be technologically corrected in order to pursue other human ends. There is, consequently, an embrace of natural means of fertility regulation in the ecological community that considers itself distant from traditional Christian teaching.

Humanae Vitae’s publication was an event of epochal significance – an infamous act, or a prophetic one. Fifty years on, it remains such.