Well, it didn't take long for articles about religion in the public square to make their way back into the news cycle. In the span of a week—in what must be the most bang for the buck ever seen by a government office with no staff, no structure, no plan, and a paltry budget of five million—three articles on the yet-to-be-formed office of Religious Freedom popped up in the Globe & Mail. Each article provides a glimpse of not only what Canadians think about religious freedom, but how Canadians think about religious freedom.

The irascible Gerald Caplan's article begins well. There is "much work for Canada to do" with regard to championing religious freedom. Caplan highlights a short list of religious persecutions, violence, and ignorance around the world, taking particular delight in a fight between monks wielding brooms in the church of the Nativity.

The problem, however, is that the article drips with so much sarcasm and thinly-concealed disdain for religion that we don't really know what to make of his position on the office, though we find out exactly what he thinks of religion. In discussing a particularly nasty case of orthodox Jews in Israel, Caplan says, "They are also thought to be among those looking hopefully to Canada's nascent office of Religious Freedom to vigorously defend their right to spit freely on little girls." Readers get the sense that Caplan would much rather religion be ignored than protected. The article's contemptuous tone sets the bar high for the worst religious writing of 2012.

In the face of such vitriol, Clifford Orwin provides a breath of fresh air and sets the bar high for the best religious writing of 2012. He says of Caplan's position: 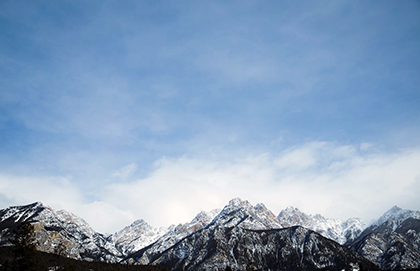 It's easy to make a bad argument against . . . the office of Religious Freedom . . . You grumble that religion has often been oppressive, and thunder that Canada as a secular state ought not be pursuing religious objectives. Eventually, you subside . . . These objections miss the point. Worse, they actually make the point—in favour of the office's establishment.

Indeed. As Margaret Wente notes in the third article,

Governments in 101 countries used some measure of force against religious individuals or groups, 'including individuals being killed, physically abused, imprisoned, detained or displaced from their homes, as well as damage to or destruction of personal or religious properties . . .' You can say that it's naïve, or dumb, or a blatant effort to appeal to the domestic religious base. But you can't say the issue doesn't matter.

But while Orwin's article gets at why religious freedom is important even for non-believers, there is one line in his article which could use some explanation. He notes that "freedom of religion is not itself religious; rather, it reflects the modern decision to put (and keep) religion in its proper place."

Orwin's article is aimed at unbelievers, so it is likely to be persuasive. It's also incorrect. Who exactly are those modern decision-makers, and on what grounds did they make that decision to 'put (and keep) religion in its proper place'?

The truth is that religious freedom is, in fact, religious. It needn't be simply Christian, or Hindu, or Jewish, but to suggest that it is something instituted by the state apart from considerations of what is fundamental about humanity—considerations that are ultimate, and therefore fairly called religious—is not true. As Pope Paul VI says in one of the best documents on the subject of religious freedom, "The right to religious freedom has its foundation in the very dignity of the human person as this dignity is known through the revealed word of God and by reason itself."